Comment | Will there be a ‘Santa Claus rally’ in the stock market this year? 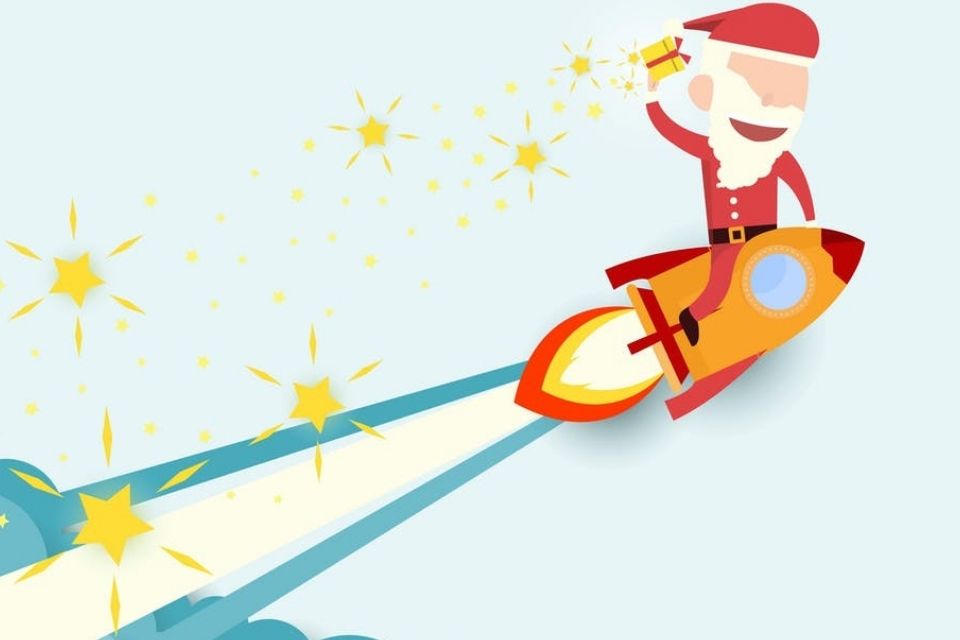 In 1897, the American newspaper editor Francis Pharcellus Church penned a famous reply to a young reader who wrote in with doubts about the existence of a certain old man in a red suit who spent a lot of time around chimneys: “Yes, Virginia, there is a Santa Claus”.

The average investor is a little older than eight-year-old Virginia, but this is the time of year when they raise their own doubtful version of this question — namely, will there be a “Santa Claus rally” before the end of the year?

In the financial press jargon, the Santa Claus rally refers to an expected increase in stock market returns at the end of the year. The reference to Christmas is actually a little misleading, because the rally typically refers to the last five trading days of the old year and the first two trading days of January.

Unlike the old man in red, there is certainly no doubt that Santa Claus rallies do exist. They have failed to visit Wall Street only five times in the past 20 years, creating a profitable opportunity to buy shares just before the rally starts and then sell just before it ends. Not only that, the absence of a Santa Claus rally has been associated with a weaker January, rendering it an important indicator.

What explains the Santa Claus rally?

According to economic theory, however, the Santa Claus rally should not exist. 2013 Nobel prize winner Eugene F Fama’s theory of market efficiency says that share prices should include all available information on companies and the wider economic outlook, making it impossible for past market trends to be used to predict future prices.

Indeed, there are various other explanations for Santa Claus rallies. It is the end of the US tax year, when investors tend to sell some assets at a loss to claim relief on capital gains. Institutional investors go on holiday, leaving more traders in the market who are perhaps less cautious or informed. On top of that, there will be individuals investing their end-of-year bonuses, while prices can be moved more easily at a time when the volume of transactions in the market is quite low.

Yet this is not the whole story. Just as the ancient Romans believed in the influence of the calendar on everyday life, sorting the days into fasti (good days) and nefasti (bad days), there is plenty of evidence that something similar happens in stock markets.

Back in 1931 a Harvard graduate student named MJ Fields wrote a paper identifying a “weekend effect”, in which Fridays tend to generate higher stock market returns while Mondays are typically associated with lower ones. Since then, researchers have been able to demonstrate numerous other shifts in returns related to certain times in the calendar.

Researchers have been identifying calendar effects in the stock market since at least the 1930s. ClassicStock/Alamy

According to the “January effect”, sizeable gains tend to be made in the stock market in January, especially by the stocks of small companies. There’s a “turn of the month effect”, related to the first four trading days of the month, and a “holiday effect”, with pre-holiday days attracting higher returns than the average. Even the time of day matters, as opening prices tend to be higher for the first 45 minutes on a Monday, in a sort of “extension of the weekend effect”.

So how to square all this with the idea of ultra-rational traders making decisions using all the available information at their fingertips? Behavioural economics is helpful here with its ideas about the psychology of decision-making, much of which stems from the work of another Nobel prize winner, Richard Thaler, who won in 2017.

This boils down to the idea that investors’ feelings might influence their trading behaviour: gloomy moods on Monday when they return to work, the uplifting Friday feeling of the weekend ahead, and of course Christmas cheer and the optimistic sense of a new year around the corner.

Nonetheless, there are caveats. For one thing, the huge rise of trading bots over the past couple of decades — they now control over half of US stock trading — undermines the idea of emotionally susceptible traders. Trading bots definitely don’t get the blues when they go back to work on a Monday.

More generally, we need to beware of reading too much into calendar effects. We carried out a simple experiment by looking at the correlation between stock market returns and one of our birthdays. This should clearly be irrelevant for the FTSE, and yet it turns out to be a bad trading day, with negative returns of 65% over a number of years. So it seems we can add the “birthday effect” to the list of red letter days.

What to expect this year

The charts below show the past six years of returns in the FTSE over the festive season (click to make them bigger). They show that Santa failed to visit Wall Street altogether in 2015, and did not always give investors an easy ride in other years either: you still had to time your buying and selling very carefully. So although the chances of a Santa Claus rally are reasonably high in any given year, you need to realise that the prospects are not as rosy as historical averages might suggest.

FTSE daily returns calculated by the authors on the close prices

So will festive 2021 be the season for investors to be jolly? It’s so difficult to predict these things in advance. Certainly with the dark shadows of rising inflation, central banks tightening monetary policy, concerns over government debts, rising energy prices and new waves and variants of COVID, a Santa Claus rally might seem like a much-needed Christmas gift.

But if it happens, be wary: once the January optimism is over, there are currently many reasons to think there might be further losses ahead.