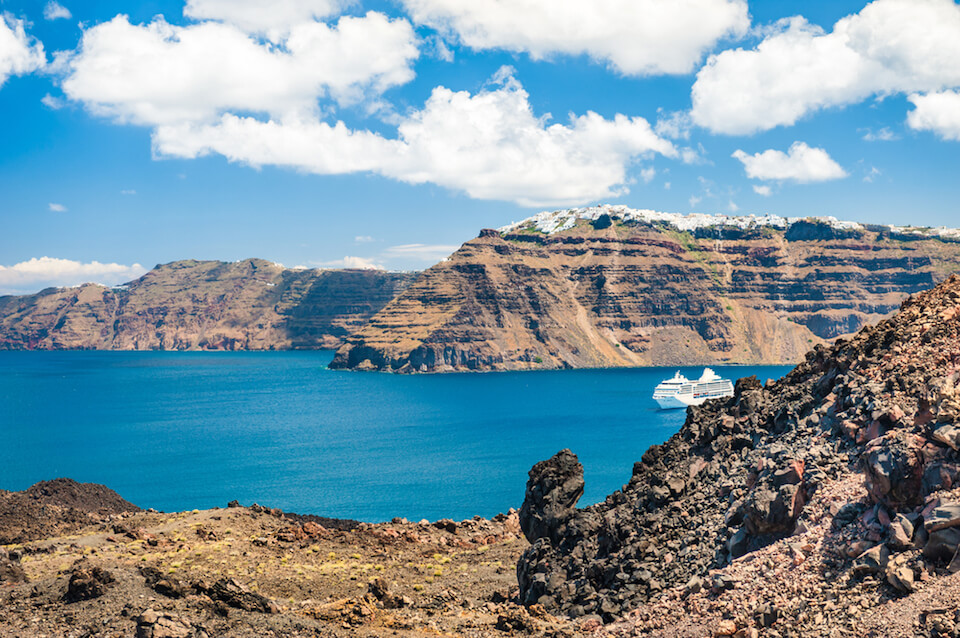 Researchers, including a Keele University volcanologist, have discovered how the rise and fall of sea levels influence the likelihood of volcanic eruptions on the Greek island of Santorini.

By analysing the timings of eruptions over hundreds of thousands of years, the team, including Dr Ralf Gertisser from Keele’s School of Geography, Geology and Environment, found that a 40 metre fall in sea level is a crucial point beyond which eruptions are more likely to occur.

The new study published in Nature Geoscience and led by Oxford Brookes University, compared eruption history of the Santorini volcano with sea level records to determine what impact sea-level changes have had on the timing of eruptions.

Dr Gertisser said: “The detailed chronology of the Santorini volcano has allowed us, for the first time, to establish a clear relationship between sea level change and the timing of the eruptions of an active, subaerial volcano.

“We also demonstrate how sea-level fall below a specific threshold facilitates magma ascent towards the surface to feed an eruption. This provides a viable underlying physical process that links sea-level variations and volcanic eruptions at Santorini.”

Around 57% of the world’s sub-aerial volcanoes are islands or on coasts, and could also be affected by sea-level induced stress changes. Therefore, the findings could have implications for millions of people living on volcanic islands around the world as sea levels change due to climate change.

Lead author, Dr Chris Satow from Oxford Brookes University, said: “A huge eruption 3,600 years ago caused the centre of what was then a conical island to sink into the sea, revealing an extraordinarily detailed history of over 200 volcanic eruptions preserved within the remaining circle of cliffs.

“The mechanism is quite simple: falling sea levels remove mass from the Earth’s crust and the crust fractures as a result. These fractures allow magma to rise and feed eruptions at the surface.”