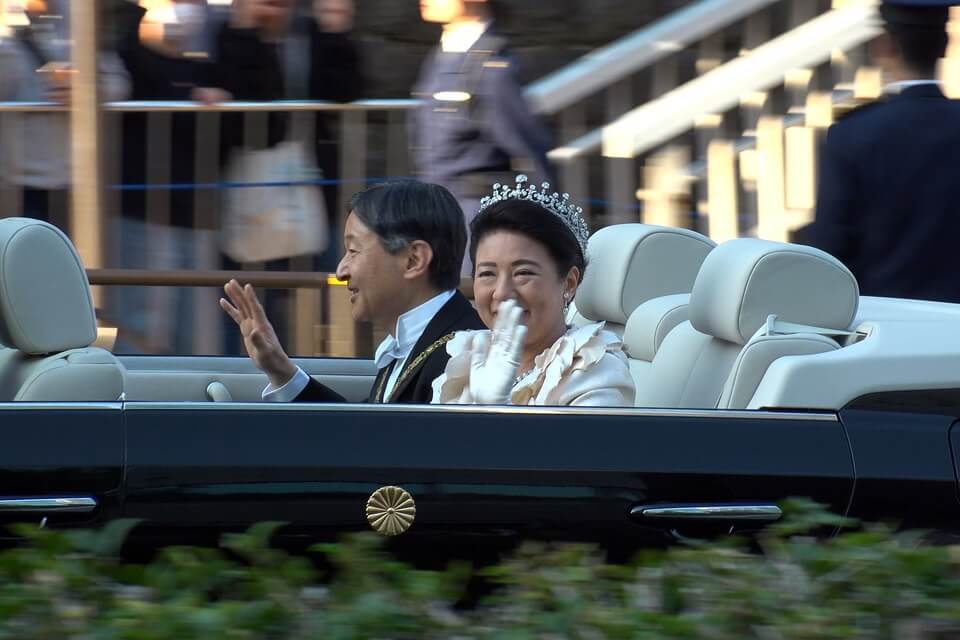 The question of who will succeed to the Chrysanthemum Throne – the Japanese monarchy – when there is a shortage of male heirs is in play again after the panel set up to look into the succession recently ruled out allowing a woman to ascend the throne.

While the emperor has no political role in Japan’s constitution, the symbolic and cultural significance links to a mythological past in which the emperor is a direct descendent of the sun goddess Amaterasu.

The abdication of Emperor Akihito on April 30 2019 and the enthronement of his eldest son Naruhito the following day as the 126th emperor of Japan reopened the public debate over the existing imperial system which specifies that only a man can succeed to the throne.

Ancient Japan was a matriarchal society, with women as leaders until the end of the seventh century when the Taika reform imported a new Tang Dynasty-style social system from China at the end of the reign of Empress Kōgyoku. But the panel has announced that the current male line of succession must remain unchanged.

Approval for allowing women to ascend the throne appears to be growing among the public, but support for retaining the male line of succession remains strong among conservatives.

Even with 13 of the 18 imperial family members being women, some politicians are determined to keep the male succession system and are even advocating bringing in men from distant branches of the family – virtually any relative that might be male.

One of the main arguments against having a woman ascend the throne is dilution of the imperial lineage, in that a reigning empress might marry a commoner and have their children. But there have already been eight women on the Chrysanthemum Throne (nine if you include Empress Jingu, who reigned from AD201 to AD269), none of whom are recorded to have been married during their reign. They were all followed by men, therefore maintaining the male line.

In the case of Empress Jingu, even though she was removed from the list during the Meiji period and replaced by her son, her “tomb” continues to be revered. She holds the honour of being the first woman to be featured on a Japanese banknote.

The myths surrounding Japan’s imperial origins are firmly rooted in matriarchal influences. Shinto and the traditions of the emperor cult centre on belief in the sun goddess, Amaterasu widely considered the first ancestor of the Japanese Imperial family. The fact that Japanese cosmogonic myth revolves around a female deity – and that belief and worship of the goddess continue to this day in popular religious practice – would seem to be at odds with a determination to maintain a rigid patriarchal system.

The most notable among early women rulers of Japan was Queen Himiko, who unified part of the country into a powerful kingdom, ruling over more than 30 states during the latter part of the “Yayoi period” from about AD175 to AD248.

Himiko, unmarried, led a secluded life, spending her time in magic and sorcery, and was helped in affairs of the state by her brother. Discussion continues among historians as to her real identity, but the fact remains that she was a powerful woman who ruled Japan for six decades.

The first known woman to achieve the title of empress in Japan was Suiko, who ruled from AD554 to AD628. Suiko followed in Himiko’s footsteps by appointing a man, Prince Shotoku as her regent. Like Himiko, Suiko was in power at a time of social, cultural and political change, and was considered “divinely possessed”. Empress Jingu followed.

Empress Kogyoku (594-661), held the seat of power twice – the second time known as Empress Saimei, after the Taika Reform, a series of radical political innovation, in 655. The last female on the throne was Empress Go-Sakuramachi, who ruled from 1762 to 1770 after the death of her father and abdication of her brother, Emperor Momozono.

This precedent, the delegation to a man – usually a relative – of administration and organisation of their movement has continued with subsequent women spiritual leaders. Many of the new religions that emerged in Japan in the 19th and 20th centuries, such as Omotokyo, Tenrikyo, and Tensho kotai jingukyo, were founded by women. But the teachings and worldviews reflected established precedents and did not confront the issue of gender or female and male power relationships. Rather, spiritual awakening, for most of these women leaders, involved taking on what were seen as male qualities in order to communicate their message.

Deguchi Nao, (founder of Omoto-kyo, a new religion originated from Shinto), for example, spoke in a masculine voice, and used male language forms when possessed. Kitamura Sayo (founder of Tensho kotai jingu-kyo, which also derived from Shinto and was known as “the dancing religion”, as followers practice a dance) wore men’s clothes, perhaps demonstrating that spiritual authority requires maleness.

By conforming to the cultural norm of male-centred authority, the women were guaranteed a more attentive audience, who took their words seriously.

If to be male is seen as a cultural norm what does the future hold for the imperial household? And – as one politician, Japanese defence minister, Taro Kono, has commented – what happens when there are no longer any male heirs left?