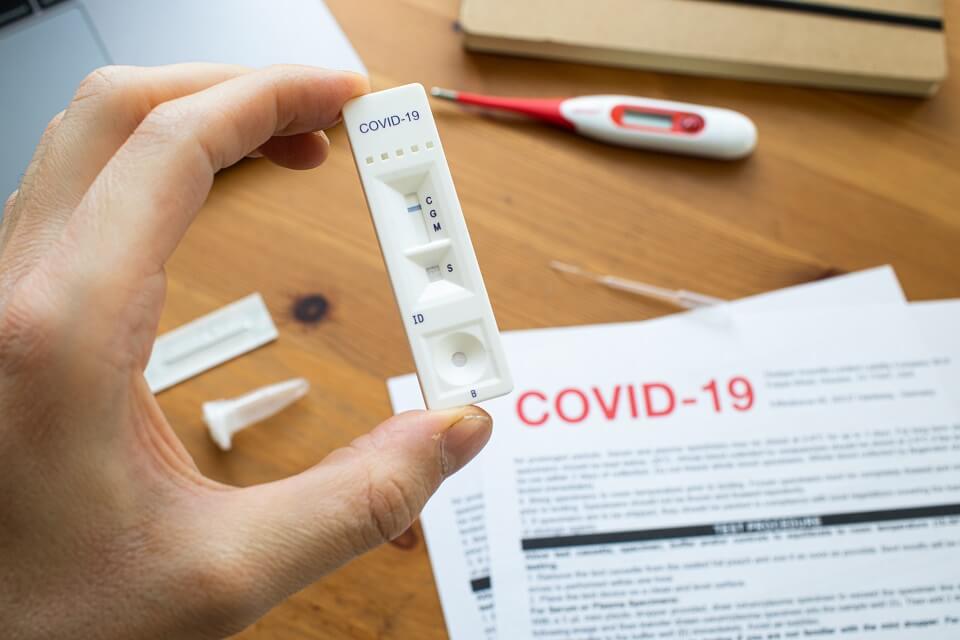 Tests on more than 365,000 people in England have shown that the antibody response to the virus that causes Covid-19 wanes over time, as part of a major national research programme supported by Keele University.

Led by Imperial College London, analysis of finger-prick tests carried out at home between 20 June and 28 September found that the number of people testing positive dropped by 26.5% across the study period, from almost 6% to 4.4%.

The programme used antibody finger-prick tests to track past infections and monitor the progress of the pandemic. It’s the first nation-wide antibody surveillance study to be rolled out across England using self-testing at home.

The testing centre that was established at Keele as part of the research programme helped the trial select the best antibody test to use in the nationwide surveillance survey. The best performing test was then rolled out to a nationally-representative sample of the public. The tests use a drop of blood from the finger and give a result in just 15 minutes, which participants read themselves and upload via an online survey.

The earlier findings, available in a non-peer-reviewed report published on medRxiv, show that slightly under 6% of the population had antibodies to the virus and had likely previously had Covid-19 by the end of June, an estimated 3.4 million people.

The latest findings from the Real Time Assessment of Community Transmission (REACT) study are available in a pre-print report and will be submitted for peer-review. For more information read about the full programme here.