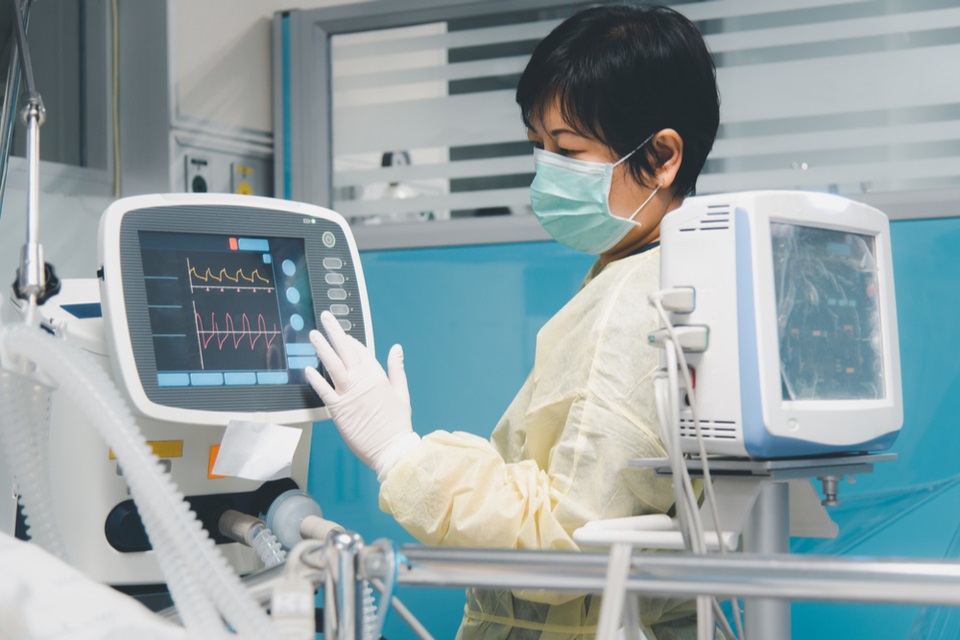 Donald Trump’s brief stay in hospital in early October raised awareness – once again – of the variety of treatments being investigated for COVID-19.

Some therapies the president received have been on the radar for a long time, others are new to the list of potential treatments. Notably, drugs such as hydroxychloroquine that were once widely touted as a treatment weren’t used, having been shown to be ineffective.

Thanks to the Recovery trial, based at Oxford University, we’re finding out more all the time about which therapies are useful. So, while the below won’t be the definitive answer on how to treat COVID-19, nine months into the pandemic, this is what we know so far about what works.

As early as June 2020, there was evidence that dexamethasone, a cheap steroid, could reduce the risk of death in severely ill patients with COVID-19 by up to a third.

Later studies showed a similar reduction in death with another common steroid, hydrocortisone. It may be that these drugs are effective because they suppress severe inflammation in the lungs.

We’ve known for some time that patients who don’t produce enough interferon beta are susceptible to severe lung damage caused by viral infections, as it plays a key role in immunity to viruses.

While promising, these results need to be confirmed in larger studies comparing the drug with other treatments. Interferon beta is also being investigated in combination with other therapies, including remdesivir.

This antiviral drug, which stops certain viruses – including coronaviruses – from reproducing their genetic material, is already temporarily licensed in roughly 50 countries for treating COVID-19 patients with pneumonia who need supplemental oxygen.

The drug initially underwent trials for use against COVID-19 in China, but because the outbreak there was soon brought under control, not enough patients were enrolled to produce statistically significant results. Subsequent trials in the US were more positive, showing that it could shorten the recovery time of hospitalised COVID-19 patients with lower respiratory tract infections.

Other studies have not added much: COVID-19 patients with moderate pneumonia put on a five-day course of remdesivir fared better than those receiving standard care, but those put on a ten-day course didn’t. This led the authors of the study to question the significance of the results. Disappointingly, a recent WHO study also showed no improvement in death rates or recovery time for hospitalised patients.

Nevertheless, remdesivir is the only antiviral drug shown to be effective against COVID-19. It is now part of most countries’ standard treatment packages, despite the fairly weak evidence behind it.

Monoclonal antibodies – antibodies that have been artificially generated to target certain molecules – are already used to treat inflammatory diseases such as rheumatoid arthritis. One of these is tocilizumab, which blocks the actions of an inflammatory protein called interleukin 6.

In the US, tocilizumab is licensed for treating cytokine release syndrome – a severe side-effect of some cancer treatments that is similar to the serious inflammatory effects of COVID-19. Studies of tocilizumab’s impact on COVID-19 have offered mixed results. Some have suggested that it reduces the likelihood of hospitalised patients needing mechanical ventilation, and it reduces the death rate of patients who do require ventilation. Others have shown that the drug has no effect on patient outcomes.

However, those studies were too small to allow for definite conclusions. One large observational study found positive effects, but other factors (such as differences in age, underlying health conditions and other treatments) may have influenced the results.

Larger, more robust studies are needed. Tocilizumab is now being investigated in Recovery and in another large randomised controlled trial in the US.

Another antibody-based approach is to give patients blood plasma from people who have recovered from COVID-19. This plasma will contain natural antibodies produced by the donor during infection.

Convalescent plasma was authorised in the US for emergency use in COVID-19 patients in August, despite very limited evidence of benefit. Now that it has been authorised, doctors in the US aren’t obliged to report on its effects, which has made it difficult to gather good data on its effectiveness. Large randomised controlled trials are needed.

REGN-COV2 is a mixture of two monoclonal antibodies directed against specific regions of the coronavirus’s spike protein, which is the key structure that it uses to enter our cells.

Animal studies have shown promising results, but they can’t reliably predict REGN-COV2’s effects in humans. Its maker has requested emergency use authorisation in the US which, as with convalescent plasma, may make collecting reliable data more difficult. However, REGN-COV2 is also under investigation in the Recovery trial.

A rival product – LY-CoV555/LYCoV016 – is under similar consideration for emergency use. There’s very limited data on its benefits, but it too is being tested in a large clinical trial.

The one other treatment included in the Recovery trial is the antibiotic azithromycin. Given to treat a variety of infections, it has anti-inflammatory and antibiotic properties, and may also have antiviral actions. Trials so far show that there’s no benefit when it’s given to patients already admitted to hospital, but the Recovery trial is testing its effect during earlier stages of COVID-19.

Despite early concerns that certain blood pressure drugs might increase the risk of COVID-19, large studies have shown that they are safe. Studies are now investigating whether they might have some protective effect.

Finally, several studies have shown that the antimalarial drug hydroxychloroquine and the antiviral combination lopinavir/ritonavir are ineffective against COVID-19. Derivatives of another (plant-derived) antimalarial drug, artemisinin, have antiviral activity and become concentrated in the lungs. In theory, they could have clinical benefits, but there’s no data yet to show this.