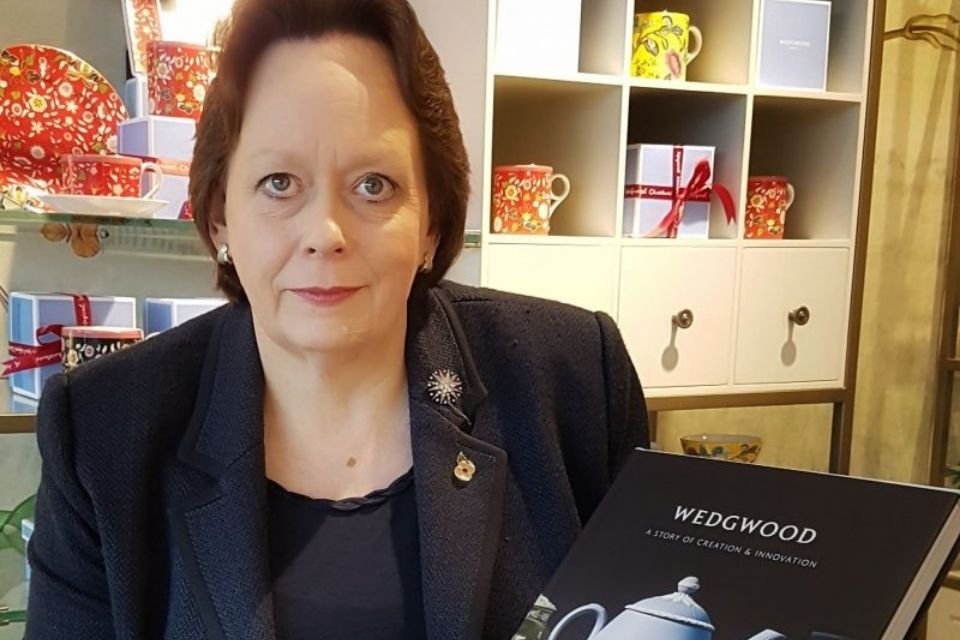 The Chair of Keele University’s College of Fellows has been recognised in this year’s Queen’s Birthday Honours List.

In addition to her work at Wedgwood, Dr Blake-Roberts has been heavily involved in the Ironbridge Gorge Museum Trust since it was founded and is now Vice-President and Chair of its Collections and Learning Committee. She also assisted in the formation of the Coalport China Works Museum.

Dr Blake-Roberts is currently Chair of the Raven Mason Collection which is housed at Keele Hall, as well as being a senior research fellow attached to the research department of the Victoria and Albert Museum in London.

Commenting on her award, Dr Blake-Roberts said: “I’m deeply honoured to be recognised in this way. I’ve been fortunate to work with such wonderful colleagues and I feel very humbled that I’ve been given this award.

“In many cases my work has been a team effort but I’m very fortunate to have played such a significant role.”