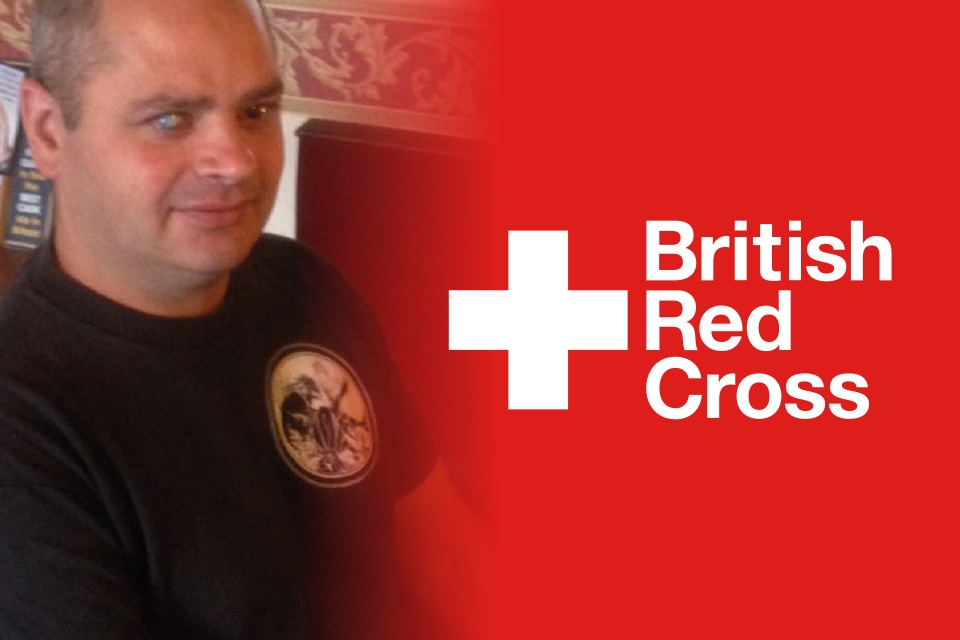 Sunil Peck’s career since leaving Keele in 1998 has seen him work in a variety of journalism and media roles, culminating in his current role as a Media Officer with the British Red Cross. Here he speaks about how he faced more challenges than most throughout his degree, but how a supportive and inclusive culture at Keele meant this did not detract from his experience.

During my undergraduate degree between 1994-1997 I studied History and Politics, before doing an MA in Contemporary History in 1997. I had a fantastic time and cherish a lot of fond memories from Keele, particularly of the people I met, the beautiful campus and all of the things there were to do at Keele.

The academics and lecturers I worked with were also fantastic. Due to the fact that I’m blind, I had to order books in Braille and at the time, it was such an ordeal. But the lecturers and the guys in the library all said that if I needed anything then they would help. The lecturers even lent me their own books to scan into my computer and said if I ever needed anything then to tell them. I cannot speak highly enough of the staff and other students at Keele. It’s a tremendous place and everyone, literally everyone I met, was fantastic.

After graduating, I held a variety of media-based roles, including working as a reporter for BBC Radio 4, as a researcher for BBC TV and then in the events department at the BBC, writing commentary for presenters and writing news stories. Then in 2014, I I took up my current post as a media officer for the British Red Cross.

The British Red Cross supports a variety of people in need including asylum seekers, refugees and vulnerable people leaving hospital. We also work across all social services, keeping up to date with what’s going on. My day starts off looking at the news to see if there is anything relevant to what we’re working on, or looking at what our partner organisations are doing.

My job might involve talking to our operations staff and other colleagues across our services, to see if there are any stories that need publicising or issues that need addressing. I also liaise with our international staff and talk with our marketing and social media departments about campaigns that they are working on to see if we can link up. A typical day in my job might also involve delivering a media training session to staff, writing a press release to publicise a service, and setting up media interviews for staff and volunteers.

Keele gave me the experience of meeting people from a range of backgrounds, with different cultures, beliefs and interests, which provided a refreshing insight into people’s lives as well. My course also gave me a broader and more in-depth understanding of current affairs, a better understanding of the world, and nourished my curiosity and made me want to find out more about what I was studying. But it isn’t just the academic element that’s important at Keele, but also mixing with other people from different backgrounds, whether that’s at Lindsay bar, the Student’s Union, or wherever.

It’s hard to put into words how much Keele does mean to me, but I think of myself as being very lucky for having gone there.