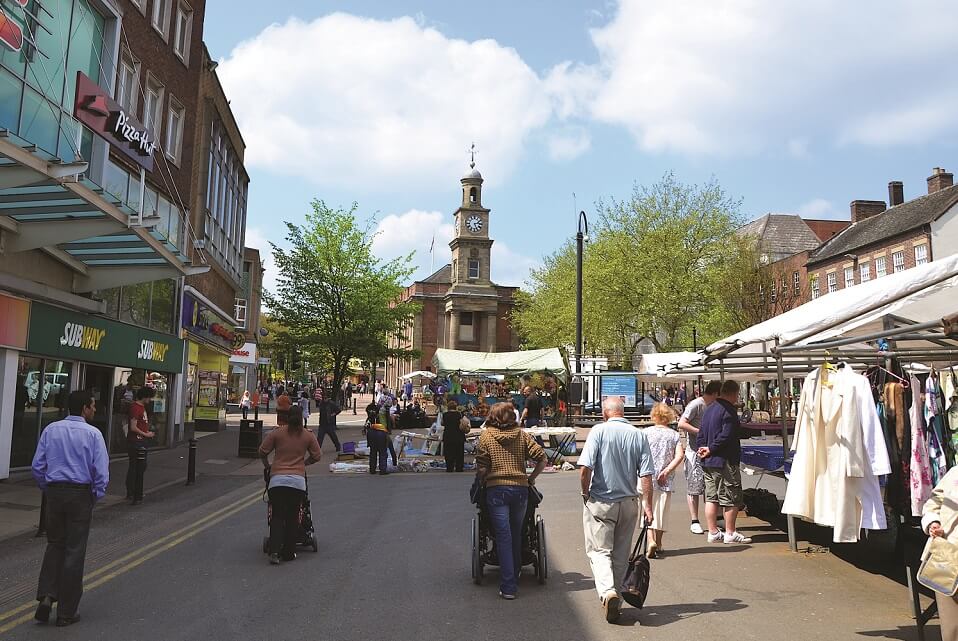 More than £1 million is set to be spent in Newcastle before the end of the financial year on kick-starting regeneration and economic growth.

The ambitious plans for urban renewal, skills and enterprise infrastructure and connectivity will be fully funded by advanced payment allocations from the Government’s Towns Fund.

Kidsgrove Town Board will receive £750,000 to support plans which focus on health and wellbeing and Newcastle will receive a million pounds.

Vice-Chancellor of Keele University and also the Chairman of the Newcastle-under-Lyme Town Deal Board, Professor Trevor McMillan, said: “The board has worked incredibly hard to develop our plans - which involve these initial projects but also look ahead to what we can achieve in Newcastle with further funding. Without doubt, this first tranche gets us off to a great start and shows that we mean business.”

Leader of Newcastle-under-Lyme Borough Council, Simon Tagg, said: “This is amazing news for both towns and it’s very exciting. Our long-term aim is to drive sustainable economic regeneration and deliver long term economic growth but we can remove some obstacles and get the ball rolling immediately with this advance payment which, along with Kidsgrove’s £750,000, represents almost two million pounds of initial investment for the borough.

“We are moving quickly in both Newcastle and Kidsgrove, demonstrating that we can work well with our partners and can deliver significant regeneration projects. This will go a long way to securing further major investment from the fund.”

The million pound package being put forward includes property acquisition; demolition of obsolete buildings to facilitate new developments; access and connectivity in the town centre and measures to provide support to help people into employment.

As part of the first ‘package’ in the plans, which all involve partnership working, the Zanzibar building will be demolished to allow Aspire, the new owners, to build housing on the site. The demolition cost is estimated at £500k and will help to get the larger project of the ground. The overall cost of the housing scheme is estimated at £15 million.

The first package will also see part of Knutton’s Masterplan implemented, with the Newcastle Town Deal Board working closely with the North Staffordshire PCT (also known as NHS North Staffordshire) to advance plans for new housing and other community developments in the village.

In Newcastle’s town centre the former Pyke’s Jewellers shop, located in Lancaster Building, is to be re-purposed to help tackle unemployment issues, post Covid-19. The Borough Council, Staffordshire County Council, Jobcentre Plus and Aspire will come together to provide a centrally located employment and support service. This will be supported with £75,000 of the initial grant funding.

To improve access to the town centre for pedestrians the board will also use £145,000 to improve access across the ring road in Newcastle. This will involve enhancements to the subways, installation of CCTV in some of the more well-used ones, and the introduction of some new pedestrian crossings. Wi-Fi in Newcastle’s town centre will also be improved at a cost of £30,000.

Newcastle is one of the 101 towns in England that have been selected for the Towns Fund scheme. It is hoped that allocation of the advanced payments and the resulting schemes will lead to further approval of final Town Deal Investment Plans, which could be up to £25 million.

Town Deal Boards have until the end of October to submit their Town Investment Plans.