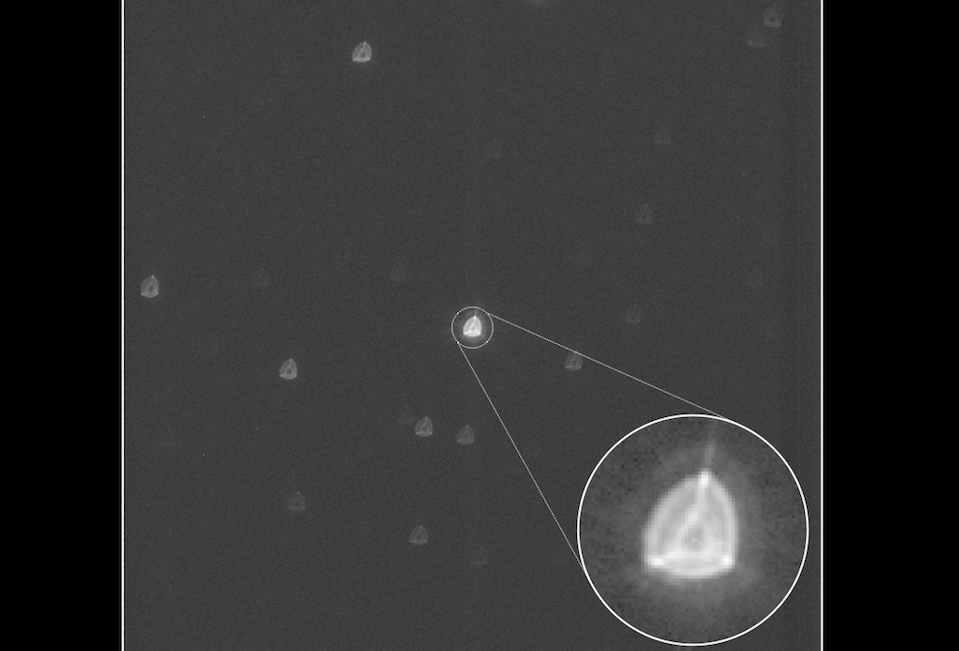 Dr Pierre Maxted, from Keele’s School of Chemical and Physical Sciences, is part of the research team on the ESA’s Characterising Exoplanet Satellite (CHEOPS) mission, which launched a probe into space in December 2019. Dr Maxted has written the software that is being used to analyse the CHEOPS data sent back to Earth.

Following its launch, CHEOPS opened its eye to the Universe at the end of January and shortly after took its first, intentionally blurred, images of stars. The deliberate defocusing is at the core of the mission’s observing strategy, which improves the measurement precision by spreading the light coming from distant stars over many pixels of its detector.

During the first three months of orbit, a series of in-flight tests were performed to analyse the response of the satellite, particularly the telescope and detector. To measure how well CHEOPS performs, well known stars were observed to verify that the satellite is as precise and stable as needed to meet its ambitious goals.

The mission's main goals are to measure the bulk density of super-Earths and Neptunes orbiting bright stars, and provide suitable targets for future in-depth characterisation studies of exoplanets in these mass and size ranges.

Dr Maxted said: “It is enormously rewarding to see the expertise we developed during the ground-based Wide Angle Search for Planets (WASP) exoplanet survey now being applied to the data taken from space with CHEOPS satellite. I am looking forward to using ultra-precise photometry from CHEOPS to explore planetary systems orbiting stars bright enough to see with naked eye."