Comment | Earth Day at 50 – what the environmental holiday means today 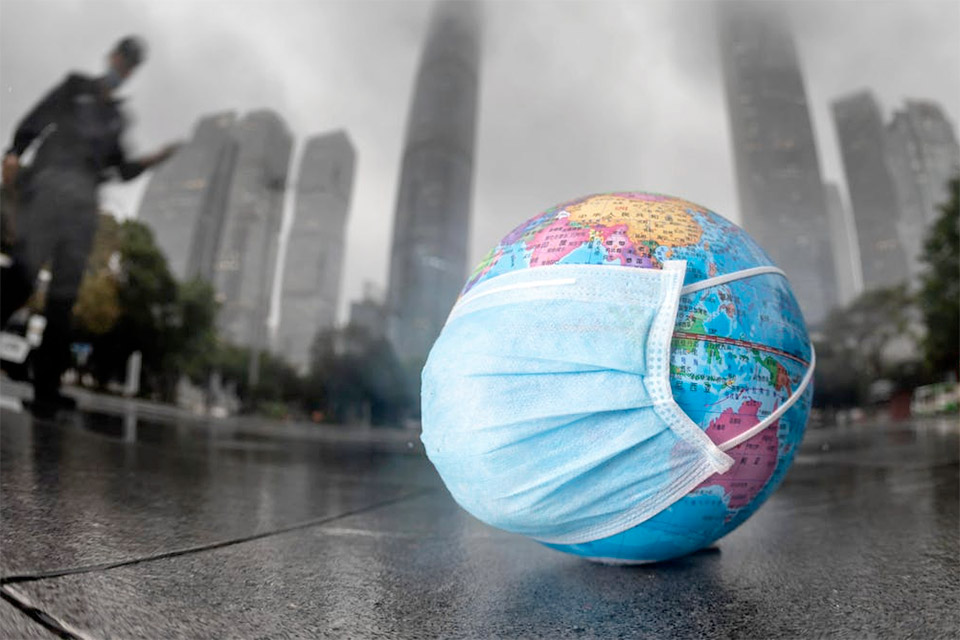 The millions of people who demonstrated on the first Earth Day wouldn’t look out of place in an Extinction Rebellion rally or youth climate strike today. Their chants and banners – decrying pollution, war and waste – are familiar, but 50 years have passed since April 22 1970. What can activists today learn from the moment that sparked the modern environmental movement?

The first Earth Day, with its teach-ins, protests, fine speeches and apocalyptic rhetoric, did not spring from nothing. Rachel Carson published her book Silent Spring in 1962. Its carefully researched and articulated warnings about chemical pesticides first exposed Americans to the dangers of pollution.

The Apollo 8 crew returned a self portrait of the world in their famous “Earth Rise” image of December 1968, bringing home to Americans the preciousness of life amid the vacuum of space. Meanwhile TV sets flashed footage of napalm and chemical defoliant use in Vietnam and the Santa Barbara oil spill off the coast of California in January 1969, which appeared to show the ocean itself “boiling”.

The idea of dedicating a day to the environment belonged to US Senator Gaylor Nelson, who had been working on green issues for a decade. Inspired by antiwar teach-ins, where university lecturers delivered classes on US foreign policy to students in occupied lecture theatres, Nelson decided the time was ripe for ecological awakening.

Congress adjourned for the day so that members could speak around the country, and roughly two-thirds did. Numerous governors gave Earth Day addresses while thousands of state legislators and local officials spoke too. Crowds shut down Fifth Avenue in New York City while students staged a “die-in” at Logan Airport in Boston.

Read more: Earth Day at 50: A look to the past offers hope for the planet's future

Not everyone was convinced. For some in the anti-war movement, Earth Day was a ploy by the political and media establishment to divert energy from grassroots activism against the Vietnam War. We might look longingly at bipartisan enthusiasm for environmental protection in 2020, but it’s worth remembering the febrile atmosphere of towns and cities across the US in 1970. A fortnight after Earth Day, four students were shot dead by the Ohio National Guard during an anti-war protest on Kent State University campus. No wonder politicians from the then US president Richard Nixon to Senator Ted Kennedy were keen to talk about something else.

Meanwhile, poverty and civil rights campaigners scorned students in Santa Barbara for symbolically “killing” a car, arguing that it could have been donated or sold to raise money for people in need. For the conspiratorial Right, the date – the 100th anniversary of Lenin’s birth – betrayed the real intent of those taking part.

Half a century of Earth Days

Congress passed the Clean Air Act and the Nixon administration created the Environmental Protection Agency in 1970. An international conference in Stockholm in June 1972 gave the world the United Nations Environment Program, but not much else. Developed countries soon found themselves buried in the first oil crisis. Energy prices quadrupled and inflation rose. Then there was the Watergate scandal and Nixon’s resignation. As the economic downturn of the 1970s wore on, ecology disappeared from the front pages.

Why did such a vibrant moment turn out to be so ephemeral? The economist Anthony Downs captures the disappointment in his writing on “the issue attention cycle”:

Problems suddenly leap into prominence, remain there for a short time, and then – though largely still unresolved – gradually fade from the centre of public attention.

The popular desire for solutions to environmental problems lingered longer in the imagination of advertising executives. Around the same time as Earth Day, the movement for LGBT rights was taking shape in the US. In much the same way that businesses now adopt rainbow branding on their products for Pride, the opportunity to cash in on public goodwill every April 22 has proved too good to pass up.

While the political consensus on environmentalism may have regressed (particularly in the US), the ideas that define the movement for a healthy natural environment have matured. The original Earth Day was part of the “Malthusian Moment” – when fear was widespread that overpopulation, pollution and wastefulness would undo human life on Earth. Environmentalism in 2020 looks and sounds quite different. From Greta Thunberg’s calls for system change to the international momentum behind a “green new deal”, the focus is on overcoming the structural barriers and vested interests that prevent action on climate change.

Read more: Coronavirus: how economic rescue plans can set the global economy on a path to decarbonisation

Earth Day does deserve credit for the many environmental improvements its legacy helped foster, particularly in the US, where a flurry of legislation slashed air and water pollution. But even those gains are now under threat. Meanwhile, our understanding of environmental crises and their severity has only grown. The concentration of carbon dioxide in the atmosphere was 325 parts per million (ppm) in April 1970. Today, it’s 417ppm.

Earth Day was a spectacular moment. But what’s needed to ensure lasting benefits for people and the natural world are movements, not moments.