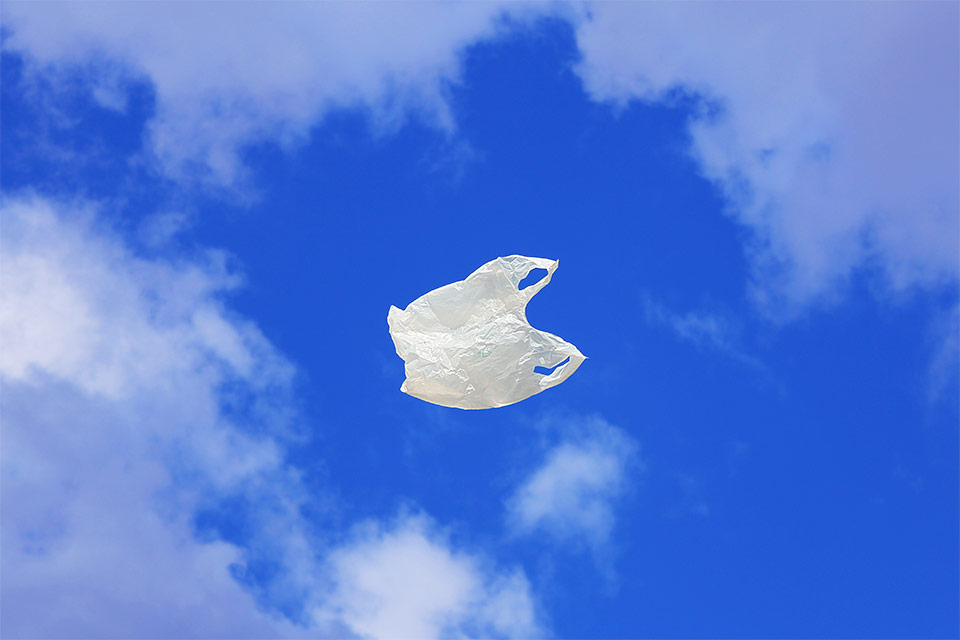 Plastic pollution and the climate crisis are two inseparable parts of the same problem, though they aren’t treated as such. Many countries have implemented plastic bag charges and plastic straw bans while action to phase out fossil fuels lags far behind, due in part to the inertia of the huge oil and gas companies that dominate the sector.

An investigation by The Guardian recently found that just 20 of these firms are responsible for 35% of global greenhouse gas emissions since 1965. How will they adapt as fossil fuel demand wanes with the rise of renewable energy and battery power? The answer is plastic – and that shift is already well underway.

Most of the plastic that exists today has been made in the last decade. The environment appears to be drowning in plastic for the same reason that global temperatures continue to rise – fossil fuels have remained cheap and abundant.

Cheap plastic is made using chemicals produced in the process of making fuel. Petroleum refining transforms crude oil extracted from the ground into gasoline, producing ethane as a byproduct. A decade ago, the advent of fracking – hydraulic fracturing of oil or natural gas – made the raw materials for plastics significantly cheaper.

Fracking shale gas produces lots of ethane, which is turned into ethylene – the building block for many hard-to-recycle plastic products, like packaging films, sachets and bottles. Cheap polyethylene from fracking created a glut of plastic packaging on supermarket shelves that sociologist Rebecca Altman has called “frackaging”.

There are few facilities worldwide that can dispose of or recycle this kind of plastic efficiently. They’re expensive to set up and run and there’s little demand for using the recycled material to make new products. While packaging is the single largest source of plastic demand, most of that is thrown away as soon as it’s removed, with one third of it estimated to go directly to domestic waste and either incineration or landfill. In much of the world, a lot of it goes directly into the environment.

Reducing fuel consumption won’t necessarily solve the plastic problem. Global plastic production is expected to double in the next 15 years even as demand for gasoline wanes. In 2017, 50% of all crude oil produced worldwide was refined into fuel for transport, most as gasoline. Electric vehicles and more efficient forms of public transport mean gasoline demand is falling. The oil and gas companies who own these refineries are instead gearing up to turn what is now excess fuel into plastics for packaging.

Climate change in a bottle

As demand for gasoline continues to decline in future, more plastics will be made directly from crude oil. Petroleum companies now plan to convert up to 40% of the crude oil they intend to extract into petrochemicals. These are chemicals like acetylene, benzene, ethane, ethylene, methane, propane, and hydrogen, which form the basis for thousands of other products, including plastics.

The industry predicts petrochemicals will grow from 16% of oil demand in 2020 to 20% by 2040 largely to supply the feedstocks for making plastics. The environmental consequences of making even more plastic from crude oil will be significant. More plastic pollution will enter watercourses and the ocean, while amping up production will accelerate global emissions.

Read more: Plastic warms the planet twice as much as aviation – here's how to make it climate-friendly

That’s because making plastic releases carbon dioxide (CO₂). Both transporting the crude oil to make it and then disposing of the plastic by incineration generates emissions. Most of the estimated total natural capital cost of plastic pollution – USD$75 billion per year for the consumer goods sector alone – arises from CO₂ emissions linked to producing and transporting plastic.

Expanding plastic production and sending more plastic either directly to incineration or to waste-to-energy facilities - where plastics are turned into oil and used to generate electricity or heat – mean CO₂ emissions from plastic are expected to triple by 2050 to 309m metric tonnes. Incinerating mountains of plastic waste could become one of the largest sources of C0₂ emissions in Europe’s energy sector as fossil fuels are phased out.

Halving the use of petroleum-based plastic packaging by 2030 and phasing it out altogether by 2050 could ensure CO₂ emissions targets are still met. Achieving net zero emissions from incinerating plastic packaging means eliminating all non-essential uses of petroleum-based plastic by 2035, following a peak in packaging and other single use, disposable plastics in 2025. Replacing traditional plastics with new materials made from renewable sources like corn starch could help, as could developing a new infrastructure for industrial plastic composting.

In a climate crisis, plastic waste doesn’t look like the world’s most pressing environmental problem. But considering plastic and climate as two separate issues is a mistake. Concern about plastic pollution isn’t distracting people from a more serious problem – plastic is the problem. If we see plastics as “solid climate change”, they become central to the climate crisis.