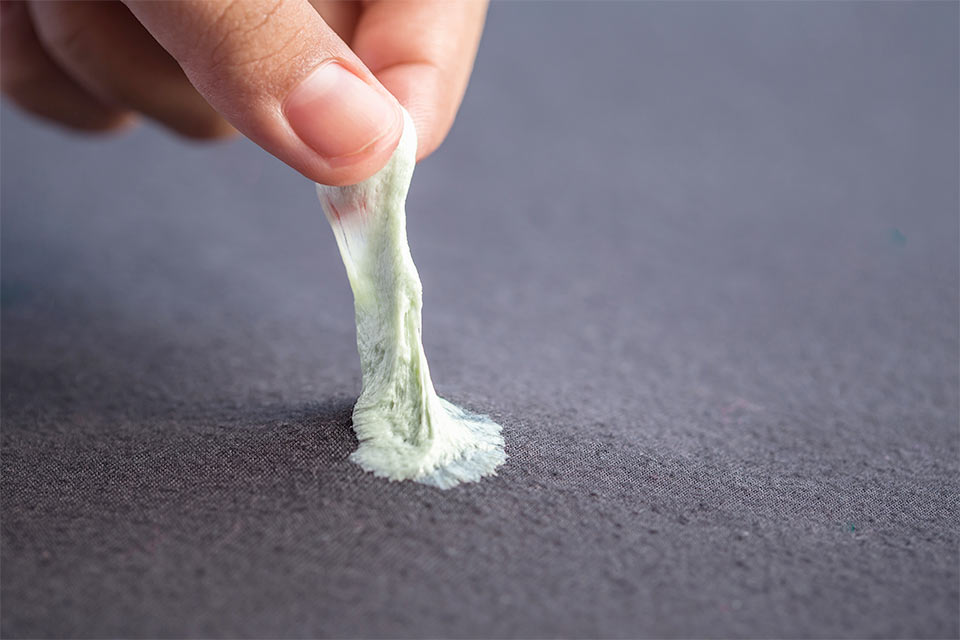 Chewing gum may seem like a modern habit but that’s apparently not quite the case. Scientists have recovered DNA that is nearly 10,000 years old from gum that was chewed by people in Scandinavia during the Mesolithic – or Stone Age – period.

This gum was used as glue to make tools – the chewing is believed to have helped make it more pliable and sticky. They may not have chewed it for pleasure, but recreational chewing of resin and gum has been known of since ancient times. The gum itself was found at Huseby Klev, a Mesolithic site in western Sweden.

It’s difficult to find DNA from ancient specimens because it is so often degraded. Most samples of ancient DNA are obtained from bones or teeth. Such remains are rare and precious, so grinding them into powder to extract DNA is rarely encouraged. Material that is meant to be chewed but not swallowed has been found in many sites, but is often disregarded during excavations.

The knowledge that human DNA can be obtained from bits of old chewing gum is a breakthrough that offers fascinating possibilities for future work. Through this seemingly inconsequential scrap of ancient detritus come several fascinating insights into life 9,800 years ago.

The researchers sequenced the entire genomes of three individuals who had chewed gum and made tools on the site and compared them with contemporary genomes from 10 other sites, spread across Europe from Samara in Russia to La Brana in Spain.

Their stone tools largely consisted of small flakes of flint, called microliths, carefully shaped and glued into wooden or bone hafts. Harpoon points made of bone with small barbs of flint glued in have also been found and arrowheads made of flint that have been carefully shaped by the technique of pressure flaking.

Scientists had assumed these Scandinavian hunter gatherers had mostly arrived in western Sweden from Eastern Europe, as the tools almost entirely originated from there. However, the genetic evidence suggests they were more diverse.

These prehistoric people were genetically Scandinavian but more closely related to people from further west and south than to eastern populations, even though they favoured a style of tool-making prevalent in the East. This shows it’s not always safe to make assumptions about where ancient people come from based on their culture.

Two of the three individuals whose genomes were successfully sequenced were female. There has been a perception among some archaeologists that females in prehistory were relegated to a purely domestic role and had little to do with “masculine” tasks such as making tools.

These findings suggest that gender roles were rather more fluid, clearly supporting the idea that females were involved in the prehistoric tool industry. The fact that some of the eight samples of mastic that were found had impressions of milk teeth in them also suggests that some of those chewing the mastic were between five and 18 years of age.

It would be unthinkable in modern times to allow a child of five loose with these sharp and dangerous hunting tools. In perspective though, life expectancy was around 30 years, so a teenager would not only be considered fully adult but probably have a family of their own.

The gum that was chewed by the tool makers at Husebey Kelv was birch pitch, a dark, sticky substance, similar to tar, that is distilled from birch bark by heating it to around 420℃ without letting air get to it. Because it’s very viscous (it is solid and rubbery at ambient temperature) it can be used to waterproof objects and as a glue. It also tells us something about the environment in which the people lived – birch woods rather than pine forest.

This suggests the people lived in an environment similar to parts of Scotland today, where birch woodland is prevalent. Agriculture had started elsewhere, but there’s nothing to say that these people were practising it. The presence of bones and tools place them as hunter gatherers.

The harpoons suggest that life at Huleseby Klev revolved around hunting marine mammals and fish. One can imagine that the birch pitch would be good for waterproofing boats made from animal hide, or even birch bark canoes.

This research gives us a greater insight into the lives and origins of our recent ancestors. Like all good research, this opens up a whole raft of new questions.

If females were making tools, were they also using them to hunt? What was the life of a Mesolithic child in Scandinavia like? Did Mesolithic people chew gum for recreational, hygienic and medicinal reasons, as other cultures did? Why did Scandinavian populations continue to use the Eastern European technologies rather than a mixture of Eastern and Western? Some of these questions will never have answers, but every new finding sheds a tiny beam of light onto the distant past.