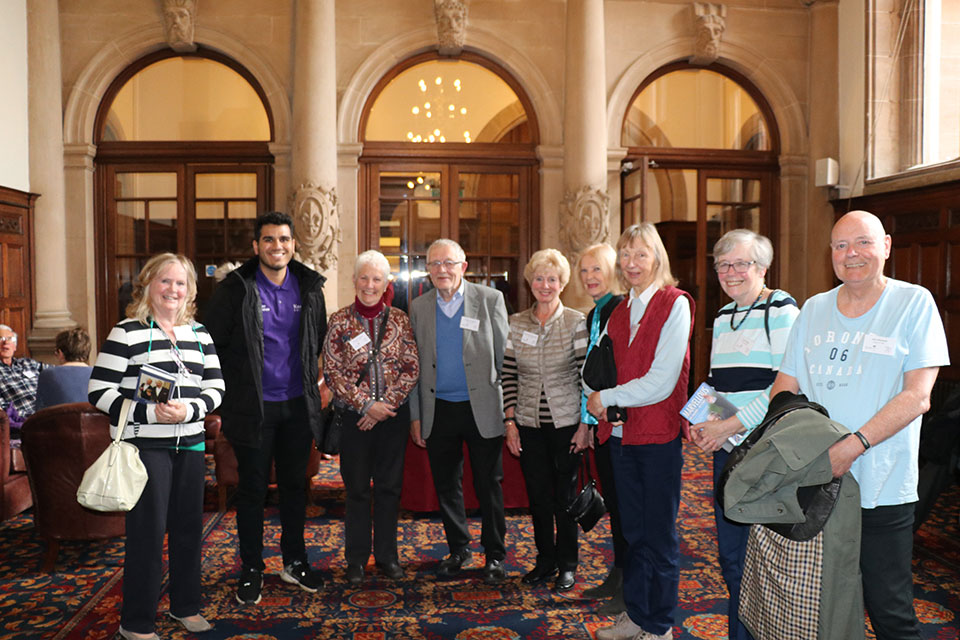 Alumni from Keele’s class of 1969 joined the esteemed ranks of the Golden Graduates at a special event held on campus last weekend.

As the University continues to celebrate its 70th anniversary, former students who left Keele in 1969 joined their fellow alumni from the classes of 1954 to 1968 to commemorate the 50th anniversary of their own graduations.

The event saw 68 guests attend during the day for a variety of activities including walking tours with a student ambassador, tours of campus via golf buggy, and viewing Keele archives and memorabilia in the Raven Mason Suite.

The celebrations then continued with a drinks reception and dinner in the evening, with 76 guests attending alongside Keele representatives including Vice-Chancellor, Professor Trevor McMillan; Tom Snape, Keele’s Student Union Development and Democracy Officer; and members of Keele’s alumni team.

Speeches were made at the dinner by Professor McMillan, Mr Snape, and Dr Clarke.

Dr Clarke said: “There is a very strong bond between students of our generation and our University. We were delighted to be welcomed back and it was a real pleasure to meet up again with old friends.

“Although Keele University operates in a totally different environment to our day and so much has changed, we were pleased to learn that there is still a commitment to a multi-disciplinary approach and that Keele is developing new ways of achieving that in its course structures.

“The campus is still a beautiful place and it is good to see that the University retains a high proportion of residential places and that there is still a real sense of community."