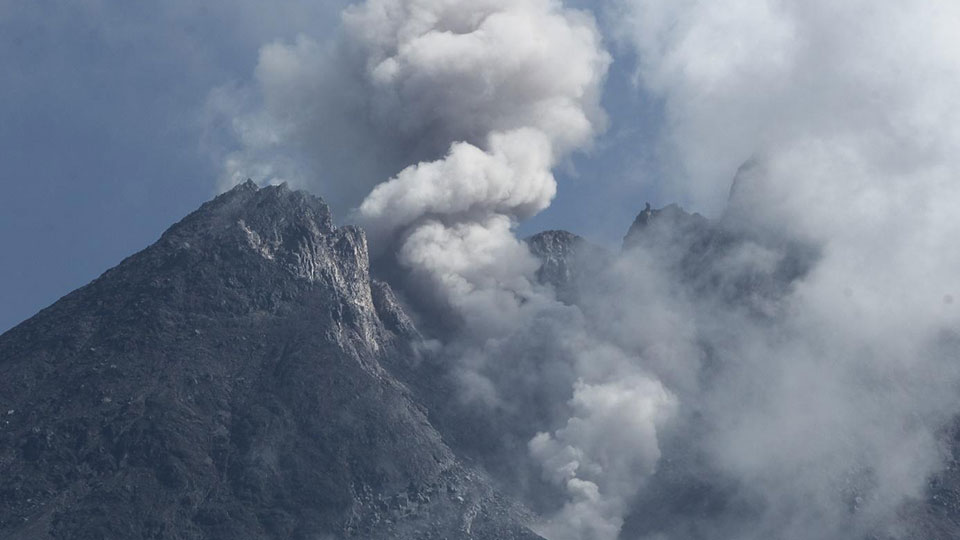 The hotly-debated issue of how volcanoes contribute to atmospheric carbon dioxide (CO2) levels is a step closer to being understood thanks to a research team led by Keele scientists.

Volcanoes routinely emit CO2 into the atmosphere via volcanic degassing, but the researchers investigated why volcanoes on a bedrock of limestone often have an unusually high output of CO2.

The team discovered how volcanic activity liberates CO2 from the limestone and releases it into the atmosphere, which they argue is potentially a significant contributor to the global carbon cycle.

To assess the CO2 levels emitted in these circumstances, the team took samples of thermally altered limestone from the volcano Merapi - a highly active volcano in Indonesia. Rock fragments such as these are routinely brought to the surface during eruptions at Merapi which allowed the scientists to examine the processes surrounding the release of CO2 from limestone.

The researchers measured different isotopes of carbon and oxygen in crystals of the mineral calcite in these fragments at the Edinburgh Ion-Microprobe Facility.

The research team, led by Dr Ralf Gertisser and Dr Ralf Halama from the School of Geography, Geology and the Environment at Keele University, also included colleagues from Swansea University and Uppsala University in Sweden.

PhD researcher Sean Whitley, who led the publication of the results in the journal Scientific Reports, said: “This limestone-derived CO2 release is highly efficient and occurs over geologically short timescales of hundreds to thousands of years.”

“Although Merapi is currently considered a relatively minor emitter of CO2 on a global scale, the results show that volcanic CO2 liberation can potentially release large amounts of limestone-derived CO2, in particular during eruptive episodes.”