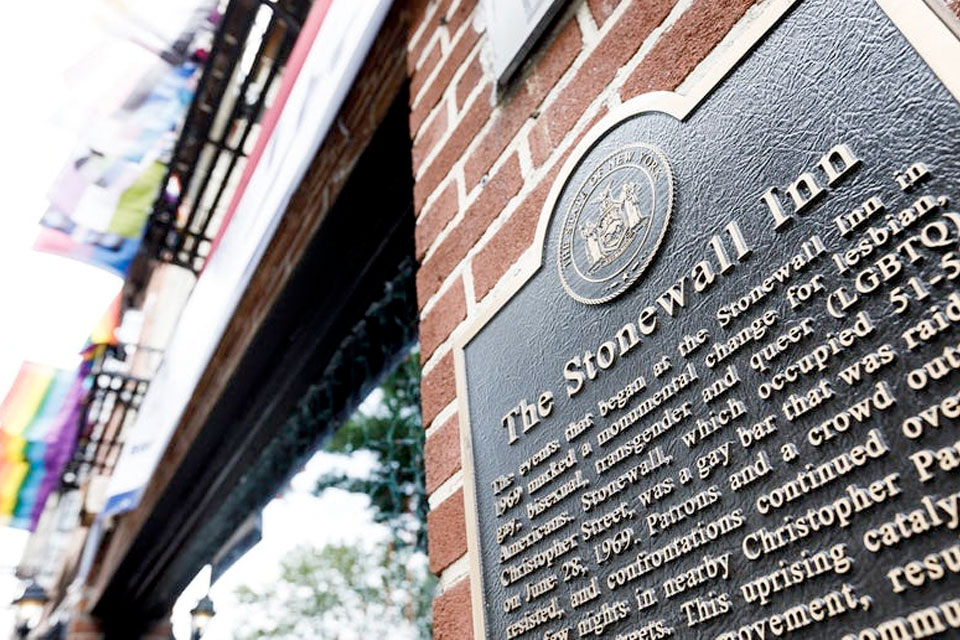 Millions of people will take to the streets around the world in the coming weeks to celebrate “Pride”. Those who find themselves doused in glitter or wrapped in rainbow flags may think this is merely an annual summer party of sexual and gender diversity. But, the last weekend in June anchors Prides around the world for a reason: it marks a queer uprising that took place at New York City’s Stonewall Inn in 1969.

Stonewall’s 50th anniversary is a moment to reflect on the riot that helped to globalise what many now call the “gay rights movement”.

In the early hours of June 28 1969, the New York Police Department raided the Stonewall Inn in an attempt to permanently close a bar that was violating licensing regulations of the time by serving alcohol to homosexuals. Police raids on Stonewall and other gay bars were routine but, on this particular night, local patrons refused to disperse or allow their friends to be arrested. These “queers” (such as drag queens, sex workers, trans women, gay men, lesbian butches), who came from various parts of the city to hang out at the bar, sung, threw objects, and used their bodies to resist the police invasion. The protests gathered momentum and continued throughout the week.

Much has been written about the roles of the various people involved, such as Marsha P. Johnson, Sylvia Rivera, Stormé DeLarverie and Mark Segal. The fact that Stonewall celebrates so many iconic figures highlights why the event has global relevance to a range of communities.

Stonewall is less a single event in gay history and more a historical constellation of queer expectations and experiences. This constellation captures the rage, pain, joy and hope of queer people – both then and now – fighting to exist in a world that negates atypical pleasures, intimacies and identities.

Stonewall is a current symbol of “gay liberation” – a movement that sought to radically transform political institutions which prized the heterosexual family and patriarchal kinship. Its symbolic power is tied to movements such as Women’s Liberation and Black Power. Many who rioted at Stonewall campaigned not just to end sodomy laws (gay sex was illegal in every US state except Illinois in 1969) but also to end military interventions and police brutality.

This gave rise to other campaigns. For example, ACT UP began 20 years later by using direct action to combat the US government’s inaction on HIV. Stonewall’s liberationist legacies are also embodied in recent queer-led campaigns such as #BlackLivesMatter, rallying to stop state-sanctioned killing of black people in the US, and Lesbians and Gays Support the Migrants, which organises to prevent state removal of people who seek refuge in the UK.

But gay liberation also emerged alongside activism for legal equality. As the black gay rights activist Ernestine Eckstein said in an interview with the lesbian magazine The Ladder in 1966:

I would like to see more test cases in courts, so that our grievances can be brought out into the open. That’s one of the ways for a movement to gain exposure, a way that’s completely acceptable to everybody.

Stonewall’s activist legacies expose some of the tensions between seeking legal equality and demanding political liberation. Legal rulings from the US, Europe, and India have decriminalised gay sex by recognising the dignity of gay people and their rights to intimately associate in equivalent ways to heterosexual people. Yet, queer activists and researchers note that these cases render gay people as sympathetic figures deserving of recognition because their intimacies and identities are “acceptable” to social institutions that value monogamy.

Queer people still navigate the question of subscribing to existing social norms for equality while seeking liberation from those norms altogether.

Stonewall’s legacies are a reminder of the impossibility of telling a simple story of LGBTQ unity. Queer and trans people of colour, for example, have recounted the misogyny, racism, transphobia and classism they experienced before and after the riots. Similar exclusions within the LGBTQ community are apparent today in the racism of gay spaces and anti-trans hostility at Pride.

Many of us can live freely today because of the political legacies faciliated by Stonewall. We can cultivate greater freedom by making room for expansive activism and refusing to turn progress into a single story.