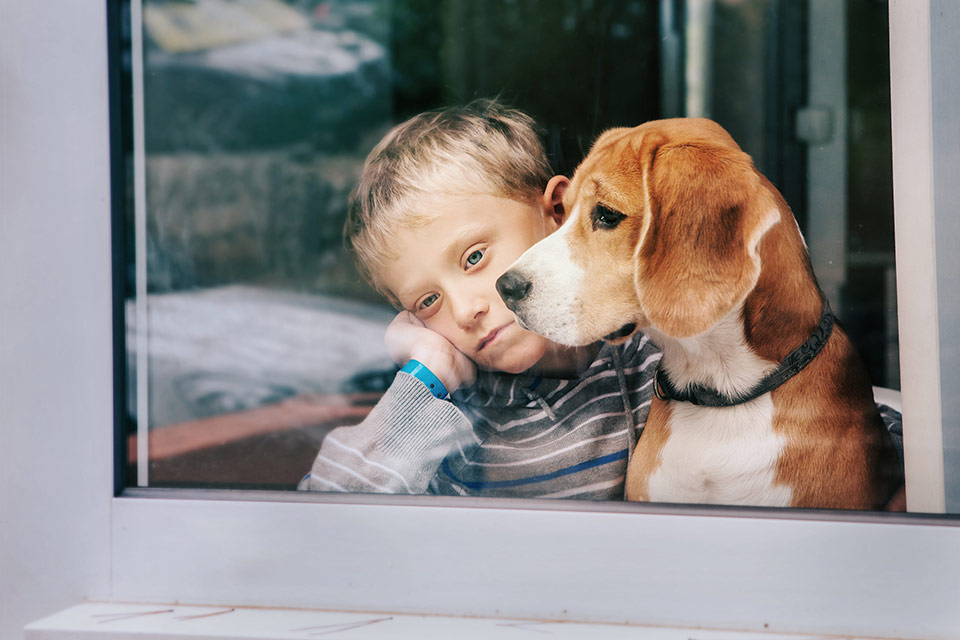 Stress is an unavoidable component of modern life. Many people worry about the effect of a stressful lifestyle on their long-term health, but how many of us think about how our lifestyle, and our own stress levels, affect the health of our pets? A new study in Scientific Reports suggests that we should be paying more attention to this, since long term stress in dog owners shows a correlation with long term stress in their dogs.

The authors of the study, a team of scientists based in Sweden, looked at levels of the stress hormone cortisol, by analysing hair samples from dogs and their owners. Cortisol is stored in hair as it grows in proportion to the amount in the blood, enabling a measurement of how stressed someone has been over the months before the sample is taken.

All the 58 dogs used in the study had female owners, and were of two breeds – Shetland sheep dogs and border collies. The study group was also divided up into pet dogs, and those who had been trained for competitions in disciplines such as obedience and agility.

Because the hair samples for each dog-owner pair were taken six months apart, the effect of seasons was also considered, and the activity levels of individual dogs was analysed using a tracking collar for one week during the study. Another aspect considered in this very detailed study was the personality of both dogs and owners and how they affected each other’s stress responses. This information was obtained by the use of recognised personality surveys, filled in by the owners.

Owners affect dogs – but not the other way round

For many years, humans attempted to deny that animals could feel emotions, believing that emotion was the thing that separated people from animals. Recent work is suggesting that this is a completely false perception and that animals as diverse as goats, horses and dogs can not only feel emotions but perceive and respond to them in others.

Given that fact, it is certainly possible that dogs are perceiving and responding to their owners’ stress. The authors of this study imply that this is the case, but do not appear to have enquired about shared life events, such as bereavement, ending relationships, moving house, changing routine through the owner changing employment, or other aspects of life that might have made both dog and owner feel stressed, independently of how the other is feeling. However, it would be almost impossible to measure the effects of these events on each partner independently of the other, since they are, by definition, closely shared.

Personality traits such as being conscientious seemed to correlate with more stress in dogs, particularly for male dogs, while the owner having a self-declared neurotic personality was related to lower stress levels in male dogs, but higher ones in female dogs. It is suggested that the reason for the differing effects of neuroticism may be that females of many mammal species are more responsive to the emotions of others, causing the female dogs to be directly affected by the owners’ anxiety levels. On the other hand, neurotic and anxious people tend to make stronger bonds with their pets, often using them for emotional support, and this may make male dogs feel more secure and therefore less stressed.

It is a little more difficult to see the connection between being conscientious and having a more stressed male dog, but it probably depends on the form that the trait takes. For example, a person who is more conscientious about their work may have less time to spend with the dog and therefore a less strong bond. One who tries to be more conscientious about how they look after the dog may have more rules and be less flexible about allowing the dog to have some freedom of choice in its life, which can be a factor in increased stress levels, but it is impossible to draw conclusions without a more detailed definition of “conscientious”.

Dog owners should take particular note of this study and consider how their own lifestyle and relationship with their dog may affect the mental well-being of both. Although there are still many questions to be answered about the causal relationships between owner stress levels and dog stress levels, it is clear that they are not independent of each other, and if we are going through particularly stressful life events we may need to try to find ways to reduce the impact on our faithful canine companions.