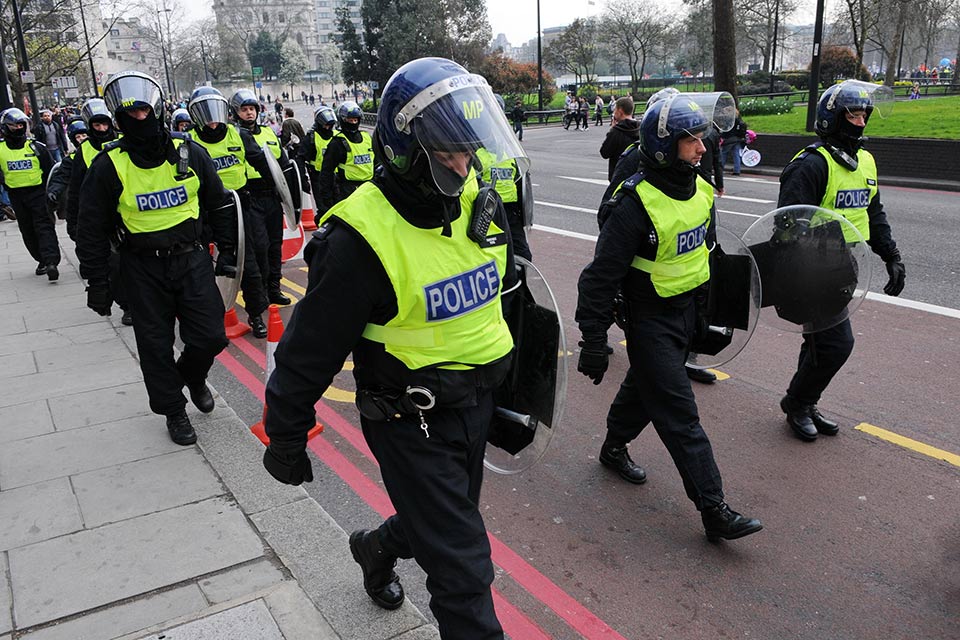 A research team from Keele University has reported their findings into the causes and consequences of the English 2011 riots, linking sense of identity and anti-police sentiment to how and why the riots spread.

In 2011 following the fatal police shooting of Mark Duggan, riots broke out across the UK spreading from London to cities as far as Birmingham, Nottingham and Liverpool. The project team, including researchers from Keele Policing Academic Research Centre (KPAC) and the Universities of Sussex and St Andrews, recently launched the report, Beyond Contagion, at an event at Keele University that highlighted the key findings to leading police professionals from across the UK.

The authors found that there were three stages which fed into the initiation of rioting, including the shooting of Mark Duggan and the breakdown in communication between the police and his family, social inequality and deprivation which is one of the biggest predictors of where riots occur in London, and lastly medial factors like police "stop and searches” and the closure of youth centres which have forced young people onto the streets where they become in regular contact with police.

Keele University’s Professor Clifford Stott, Co-Director of KPAC, said: “Our report represents a major breakthrough in understanding how and why riots develop and spread from place to place. The evolution of the riots was not ‘mindless criminality’ and ‘copycat rioting’ but complex processes involving shared anti-police identity among the rioters and forms of empowerment that appear to have emerged during the riots as a function of interactions with police.

“It’s important to understand that at Keele University our goal is developing partnerships with policing partners so that they can learn directly from our world-leading research. During the last week Keele has hosted senior police leaders to discuss our findings, and in building scientific explanation, we are not diminishing the seriousness of what happened nor are we blaming the police. Our report simply highlights the need for an evidence-based approach and we hope lessons will be learnt as a consequence of our project that help prevent similar riots occuring in the future.”

The research, funded by Economic and Social Research Council, analysed data from The Guardian and London School of Economics’ report Reading the Riots. The data revealed that the boroughs with more ‘Stop and Searches’ in the two-and-a-half years before the riots were more likely to see rioting in August 2011. To illustrate this point, the authors looked at population-adjusted average numbers of ‘Stop and Searches’ in 2010.  In the boroughs that saw rioting, the figure was 8,442 per 100,000 population, which was more than double the average number (4,141) for those boroughs that didn’t see rioting.