Will wearing your coat indoors make you feel colder outside? A scientist explains 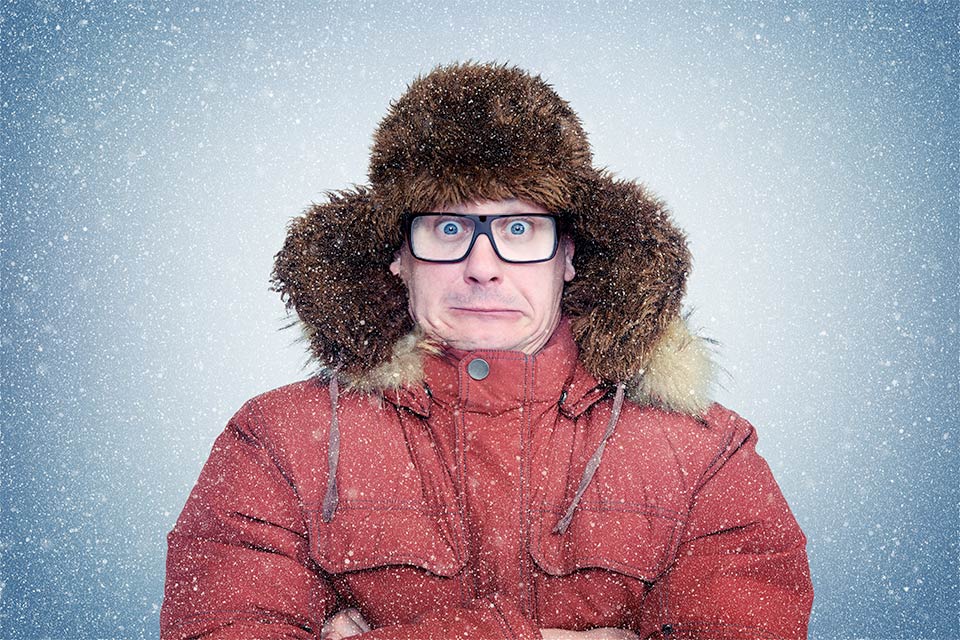 If you’ve ever had to work in a draughty office, warehouse or classroom, you’ve probably been tempted to keep your coat on inside. And you were probably also advised against it because you wouldn’t “feel the benefit” when you went outside. This might seem counter intuitive. If you’re cold already, surely you should do whatever you can to retain warmth? It turns out things aren’t that simple. To understand what’s really going on, we need to know a bit about why we feel cold in the first place.

Your body is covered with tiny temperature sensors known as cold-sensitive receptors, located on specialised nerve fibres in the skin. When the temperature drops, these receptors start to signal to the brain, in effect encoding the temperature into the nerve. These cold receptors are sometimes called menthol receptors because they also respond to the chemical menthol, which gives a cool sensation when applied to the skin.

As these nerve fibres are distributed all around the body, they enter the central nervous system at different levels. Receptors on the arms, torso, legs or shoulders connect to neurons in the spinal cord, while those on the face, head or mouth connect directly to the brain stem. But because the nerves conduct their electrical signals so rapidly, the distance from the cold body part to the brain has little effect on how quickly we detect the cold.

The signals travel to a multi-sensory gate-keeper in the centre of the brain, called the thalamus. From the thalamus, signals pass to the somatosensory cortex, which is what creates the sensation and awareness of feeling cold. From this, the brain can work out both the location of the cold spot on the body surface, and to some extent how cold it actually is. At temperature extremes, hot or cold, you also feel pain due to skin damage.

When you go outside (or anywhere that is colder than where you’ve just been), your nervous system detects the temperature through your exposed skin, in particular the face. Wearing a coat indoors is likely to raise your average skin temperature, including the exposed parts. So when you go outside, the air will feel colder, particularly on the exposed skin, than it would have done otherwise since the difference in temperature is now greater.

Your coat will insulate your body from this temperature drop, but not your face. This feeling would be accentuated even further if wearing your coat indoors made you sweat, which would cool your exposed skin down more quickly.

However, once you get over the initial sense of coldness, your coat will still do its job and you will feel its benefit. Your body is very effective at maintaining its core temperature of 37℃ unless you are ill or experience extreme temperatures. Even if you feel colder when you first go outside, your coat will help reduce your body’s heat loss and make it easier to maintain your core temperature (as well as keeping the cold air away from your skin).

When the signals activate these centres, your body will try to raise its temperature, particularly core temperature, by a coordinated system of shivering, moving blood away from the skin, and increasing your heart rate and breathing to boost the circulation and the oxygen and nutrients it provides. Through this multi-organ response, the body conserves heat by preventing heat loss through the skin and it generates heat through muscular activity and certain biochemical reactions.

This means that technically, you should be able to lose weight by being cold since the body is then forced to generate more heat. But we wouldn’t advise going outside in winter without your coat on as a weight-loss technique. It’s true that obesity can reduce life expectancy, but so can extreme cold, and much more effectively.

The author would like to thank Stanislaw Glazewski of Keele University for his contribution to this article.