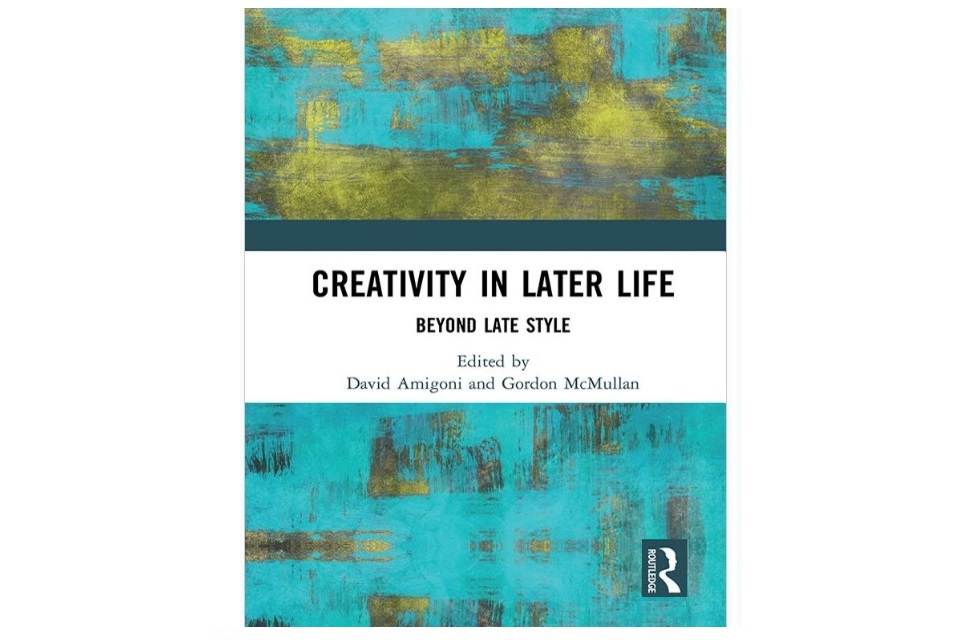 Keele’s Pro Vice-Chancellor of Research and Enterprise Professor David Amigoni has published a new collection, Creativity in Later Life: Beyond Late Style, a study of ageing and its relationships with creativity and the arts.

The new book is a humanities-based interdisciplinary exploration of later-life creativity, which was the outcome of a ‘Late-Life Creativity’ international research network funded by the Arts and Humanities Research Council, and designed to stage a series of interdisciplinary conversations across the humanities, social science and the sciences about creativity in later life. Professor Amigoni co-edited the collection with Professor Gordon McMullan from King’s College London.

The book represents the varied and socialised creativity of later life, and how this is grounded in contemporary cultural and economic circumstances. The volume is a collection of chapters representing a range of contributors from, primarily, the fields of social gerontology and arts and humanities disciplines. Professor Amigoni’s collection analyses theories of ageing, looking particularly at the boundaries and forms of later-life creativity, narratives of dementia, canonical artistic achievements, and the rethinking of ‘late-style’ theory which has the potential to influence policy.

The volume builds upon Professor Amigoni’s ongoing research into the dialogue between ageing and creativity. David is a Professor of Victorian Literature and has previously worked, with Professor Mim Bernard, on Ages and Stages: The Place of Theatre in Representations and Recollections of Ageing, a collaborative project between Keele University and the New Vic Theatre, exploring the impact of theatre on ideas about, and the experience of, ageing.

Professor Amigoni said: “The point of our collection is to use evidence of creativity in later life to challenge, radically, so-called 'deficit' models of older age. Everyone has the potential to find creativity in later life and this has important policy implications. The research network brought together an eclectic mix of expertise, from social science gerontology, to scholars from literature, art history, and fashion history; to neuroscience, medical history, community arts practitioners; as well as older people who participated in artistic groups, such as the Company of Elders and the New Vic-based Ages and Stages company.

“Creativity in Later Life: Beyond Late Style is the outcome of those conversations: we began with the proposition that the idea of 'late style' - which refers to a minority of older ‘genius’ artists who seem to experience a flourishing of creativity in later life - generates powerful conversations that cross divides between academia, practice and lived experience. We discovered that late-life creativity is much more prevalent than previous ideas about 'late style' ever acknowledged.

“Our volume ranges from studies of late style in prominent artists of the past (J.M.W. Turner), but also of the present (David Bowie); to studies of participatory practices of late-life creativity in theatre, visual arts, and fashion, including reflections on creativity that can be recovered from the experience of dementia (Terry Pratchett); and the role that older artists can play in regenerating their communities through public and participatory forms of art.”