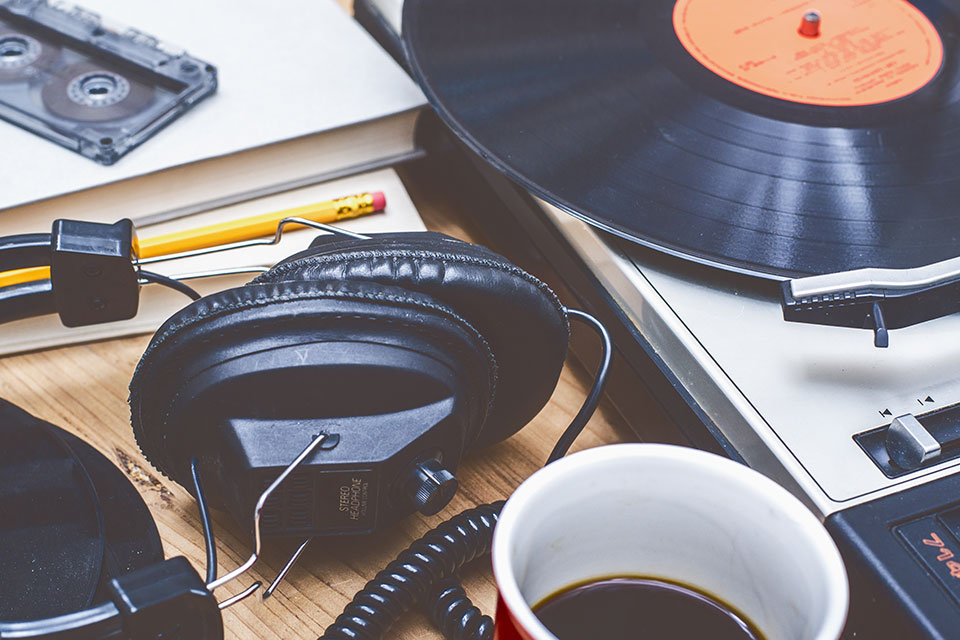 Our favourite way of listening to music might have a bigger environmental impact than we think. patat/ Shutterstock

Although streaming remains the most popular way people listen to music, old formats like cassettes and vinyl have both seen an increase in sales. In fact, vinyl has seen a remarkable sales increase of 1,427% since 2007, selling around around 4m LPs in 2018 in the UK alone. Since the popularity of vinyl shows no signs of stopping soon, this means that more non-recyclable discs will be manufactured – which could have a negative impact on the environment.

Although album covers are generally made of recyclable cardboard, records were originally made of shellac, before non-recyclable vinyl was used as a replacement. Shellac is a natural resin secreted by the female Kerria lacca bug, which was scraped from trees to produce gramophone records. Since shellac isn’t from fossil fuel-derived feedstock (chemicals, such as ethylene, used to make substances like plastic), its carbon footprint was lower than that of modern records.

Shellac records were brittle and prone to water and alcohol damage though, so PVC plastic records were developed to last longer. In ideal conditions (low oxygen, without movement), discarded PVC could take centuries to decompose. However, the environmental conditions of most landfill sites (which have varying soil acidity and temperatures) can cause discarded PVC albums to leach plasticisers (solvents added to plastics to make them more flexible and resilient). They may even outlive the site itself or escape into the environment as pollutants.

Modern records typically contain around 135g of PVC material with a carbon footprint of 0.5kg of CO₂ (based on 3.4kg of CO₂ per 1kg of PVC). Sales of 4.1m records would produce 1.9 thousand tonnes of CO₂ – not taking transport and packaging into account. That is the entire footprint of almost 400 people per year.

In the 80s, records were replaced by CDs, which promised durability and better sound quality. CDs were made of layered polycarbonate and aluminium, which has slightly less environmental impact than PVC, and are manufactured using less materials than records. However, CDs can’t be recycled because they’re made of mixed materials that are difficult and uneconomical to separate into their component parts for recycling. CDs were also encased in fragile polycarbonate cases, which, despite being a single material, aren’t widely recycled. They also aren’t as indestructible as many people first thought, which meant many ended up in landfills.

As new formats of music emerged throughout the years – first albums, then cassettes, CDs, and now streaming services – there was a cycle of waste and destruction as old technologies were replaced by new ones. But we didn’t move to CDs by choice – it was simply what companies manufactured at the time. While high-quality CDs could last for 50 to 100 years under ideal conditions, this isn’t true for many low-quality, cheap CDs. These were easily damaged by direct exposure to sunlight and heat, warped by fast-changing temperatures, gravity, scratches, fingerprints and smudges – subsequently resulting in them getting thrown out.

Current digital technology gives us flawless music quality without physical deterioration. Music is easy to copy and upload, and can be streamed online without downloading. Since our digital music is less tangible than vinyl or CDs, surely it must be more environmentally friendly?

Even though new formats are material-free, that doesn’t mean they don’t have an environmental impact. The electronic files we download are stored on active, cooled servers. The information is then retrieved and transmitted across the network to a router, which is transferred by wifi to our electronic devices. This happens every time we stream a track, which costs energy. Once vinyl is purchased, it can be played over and over again, the only carbon cost coming from running the record player. However, if we listen to our streamed music using a hifi sound system it’s estimated to use 107 kilowatt hours of electricity a year, costing about £15.00 to run. A CD player uses 34.7 kilowatt hours a year and costs £5 to run.

So which is the greener option? It depends on many things, including how many times you listen to your music. If you only listen to a track a couple of times, then streaming is the best option. If you listen repeatedly, a physical copy is best; streaming an album over the internet more than 27 times will likely use more energy than it takes to produce and manufacture the same CD.

If you want to reduce your impact on the environment, then vintage vinyl could be a great physical option. For online music, local storage on phones, computers or local network drives keeps the data closer to the user and will reduce the need for streaming over distance from remote severs across a power-hungry network.

In a world where more and more of our economy and social relations happen online, records, and other vintage music formats, buck that trend. Instead, the record revival shows us what we want to see in our media and material world more widely – experiences that hold their value and with loving care endure. Older music formats have a sense of importance and permanence attached to them, belonging to us in a way that our virtual purchases simply don’t.

It seems that whatever the format, owning copies of our favourite and most treasured music, and playing them over and over again, might just be the best option for our environment.