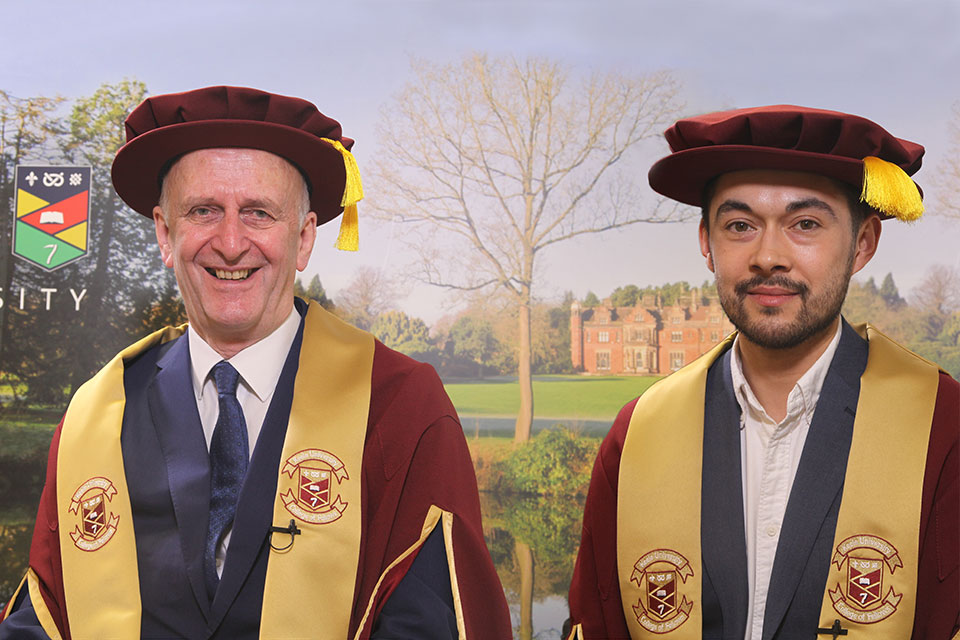 In recognition of their outstanding achievements and contributions to society and Keele University, Alumnus Jack Bowman and Councillor Philip Atkins have been appointed to Keele’s College of Fellows.

Keele alumnus and entrepreneur, Jack Bowman, developed his start-up idea to support individuals’ health care, enriching the lives of hundreds of thousands of people globally. Following his own success, Jack has considered how his real experience of start-ups and the need to innovate and incubate, along with his international reach and particular knowledge of the Chinese market, might be used to help other young graduates.

“I think having set up in Salford, businesses encounter a lot of problems and potential pitfalls along the way and 9 times out of 10 those aren’t just inherently problems for just one business – they happen time and time again to multiple businesses and it doesn’t matter how experienced the founders are. So, for me, the main thing is to support and guide those founders - the next generation – to be able to understand what’s around the corner and how to anticipate it.”

In 2016, Councillor Atkins was awarded an OBE for services to local government and has been a champion of Keele since he became the leader of Staffordshire County Council

Councillor Atkins said: “It’s a great honour to be admitted into the College of Fellows and to tell everyone about the importance of Keele in our community, and the work that’s been going on here.

“I’m looking forward to celebrating Keele’s 70th anniversary this year and remembering its uniqueness of why Keele was formed as part of educating workers in high skills that were necessary after the second world war, and I believe that’s still the case, Keele students graduating today will have the right skills that are needed today.”