The Kid Who Would Be King: why King Arthur films are the perfect antidote to epic Brexit posturing 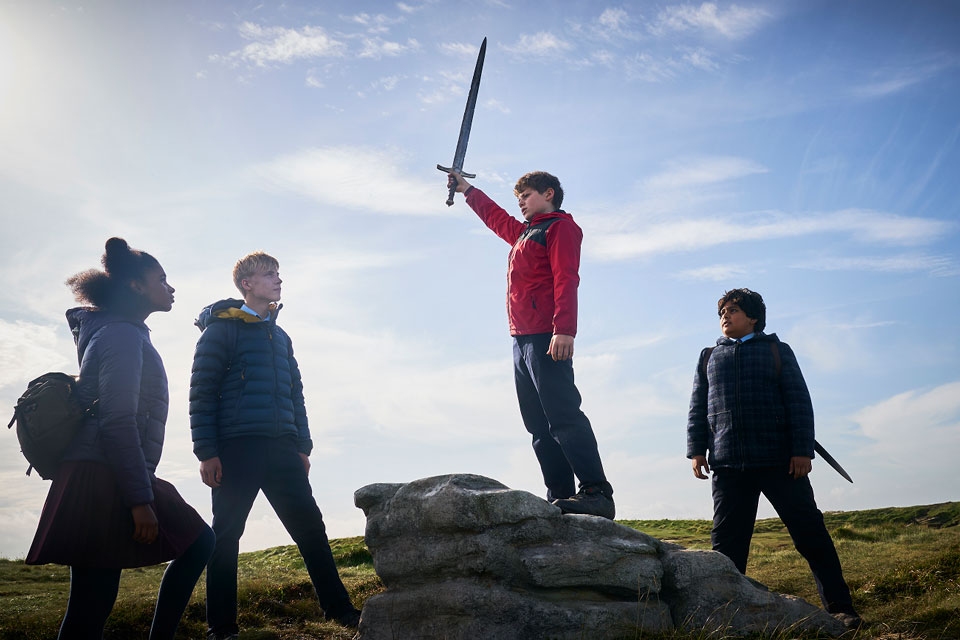 King Arthur probably never existed, but from a cinematic point of view, he may as well have done. Few figures, mythical or historical, have reappeared as frequently on the big screen. This winter, less than two years after Guy Ritchie’s 2017 King Arthur: The Legend of the Sword, comes a new take on the tales: The Kid Who Would Be King. But what is the appeal of this particular tale? And above all, why now?

The Kid Who Would Be King, like Ritchie’s film, is another take on a familiar trope. Like any legend, the Arthur myth is a cinematic template on which storytellers can impose their own ideas – and these variations can tell us a lot about the times and places that produced them. Monty Python and the Holy Grail (1975), for instance, with its medieval plagues and Marxist peasants, reflects parodically on the construction of national mythologies. Notably, this was at a time when Britain’s imperial and economic influence had dwindled.

The contexts of Brexit, inevitably, provide a backdrop to the more recent films. The Legend of the Sword is a popular retelling in every sense. Ritchie transposes his familiar London “low-life” milieu to the world of the Round Table, with his muscular Arthur a brothel-raised orphan, backed up by a multicultural array of petty thieves and streetfighters. The war here, with his usurping uncle, Vortigern, is more a people’s rebellion. Yet the film still ends with the newly crowned king demanding fealty from the Vikings, while rejecting their demands for British slaves.

Ritchie’s film was greeted in some quarters as a film about Brexit, but it could just as easily be an allegory about the Corbynite “revolution”, if you wanted it to. Yet it does draw on some of the Arthurian fables’ more nationalistic elements. The more dewy aspects of the legends – the Sword and the Stone, the Lady of the lake, Avalon – were recounted by Thomas Malory in 1485 and form the basis of all the most popular Arthurian retellings. Yet these largely obscure the King’s earlier, more militaristic depictions.

The circa 1400 anonymous poem Morte Arthure, for instance, focuses on Arthur’s resistance to paying Roman taxes and his campaign to reassert British dominion in Europe. The poem commemorates national Empire-building, as much as it mocks and scorns “continental” manners and morality. Transposed to our populist era of “hard men” politicians, Ritchie’s brawny Arthur comes with interesting connotations, inadvertently or otherwise.

More to the point, Arthurian films tell us about the cinematic contexts that produced them. Monty Python’s muddy take on the story may take its cues from realist European films such as 1973’s Lancelot du lac – but its cut-price epic style is born of the group having no money to spend: a common issue with British films of the impoverished 1970s. The Holy Grail’s contrast to Hollywood’s widescreen spectacles, such as Knights of the Round Table (1953) or Camelot (1967), is part of its comic point.

Similarly, The Legend of the Sword’s debt is less to contemporary politics and more to the recent traditions of epic film. The film inherits much of its style and narrative tropes from Ridley’s Scott’s Gladiator (2000), the epic that revived the genre, and demonstrated the international appeal of ancient stories.

Made at huge expense by Warner Bros at its Leavesden studios – and with the creative input of Harry Potter producer Lionel Wigram – Ritchie’s movie was itself seen as another global franchise in the making – until it flopped at the box-office. Ironically, then, this fiercely British film is “British” only in a limited sense. Like the Harry Potter films, it exemplifies the globalised nature of cinema: a “local” story financed by multinational capital, shot in a Hollywood-owned British studio and made for worldwide distribution.

By contrast, The Kid Who Would Be King offers a twist to this model. Here, the global genre of the epic is localised and brought down to earth – in this case, by transferring the legend to a modern secondary school, with a cast barely into their teens.

Other recent films have trodden the same ground. Edgar Wright’s 2013 The World’s End (another Working Title production) was a jokey modern take on Arthurian myth, its 12-pint pub crawl – led by fallen leader Gary King – its own legendary Grail quest. It’s also familiar territory for Kid Who Would Be King director Joe Cornish, whose 2011 debut, Attack the Block, banded inner-city youths against an alien invasion, as well as the Metropolitan Police.

Read more: Here are the five ancient Britons who make up the myth of King Arthur

This focus on the young in The Kid Who Would Be King is both cinematically welcome and topical in light of the generational schisms and social divisions highlighted and brought about by Brexit – a point highlighted by Cornish himself. By putting Excalibur in the hands of a gawky schoolkid, Cornish’s film offers a lighter-hearted alternative both to epic cinematic follies and delusions of national grandeur.

Joking it may partly be, yet with its allegiances to Britain’s future generation, the film becomes another politically charged return to this most potent national myth.