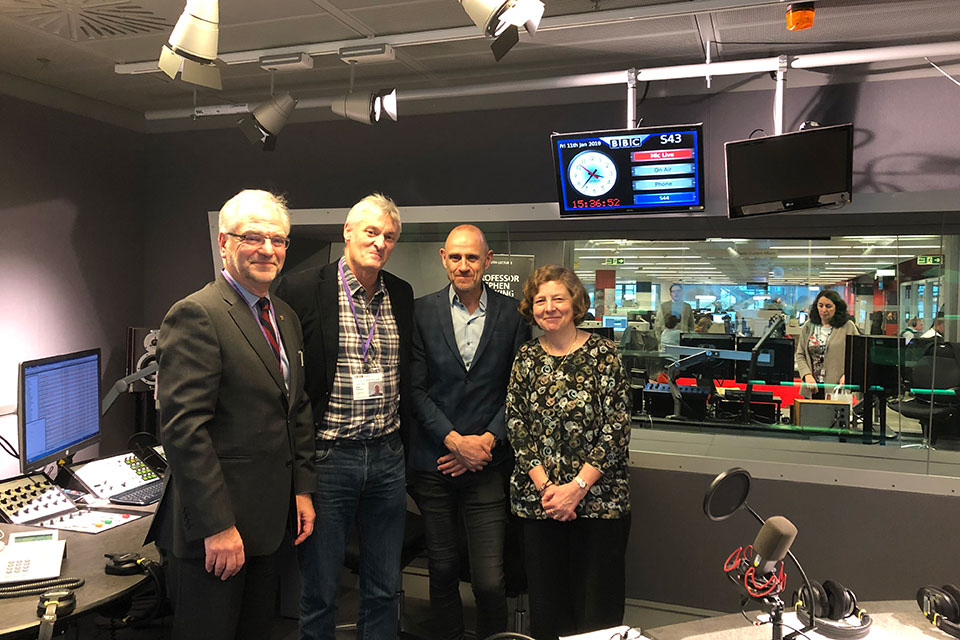 Vice-Chancellor Professor Trevor McMillan appeared on The Bottom Line on BBC Radio 4 discussing if universities can be successful businesses, with Evan Davis.

Higher education in the UK is a successful British industry, with an income of almost £35 billion a year. Universities have expanded with more students from home and abroad, but uncertain times lie ahead. Tuition fees are under review and some people in the sector argue Brexit may make it harder to attract students from EU countries. Professor McMillan appeared on the show alongside Professor Nick Petford, Vice-Chancellor of the University of Northampton and Dr Helen Carasso, Department of Education, Oxford University.
Listen to the interview here.
Read more news from Keele Contact the press office Book an open day