Curious Kids: what are meteorites made of and where do they come from? 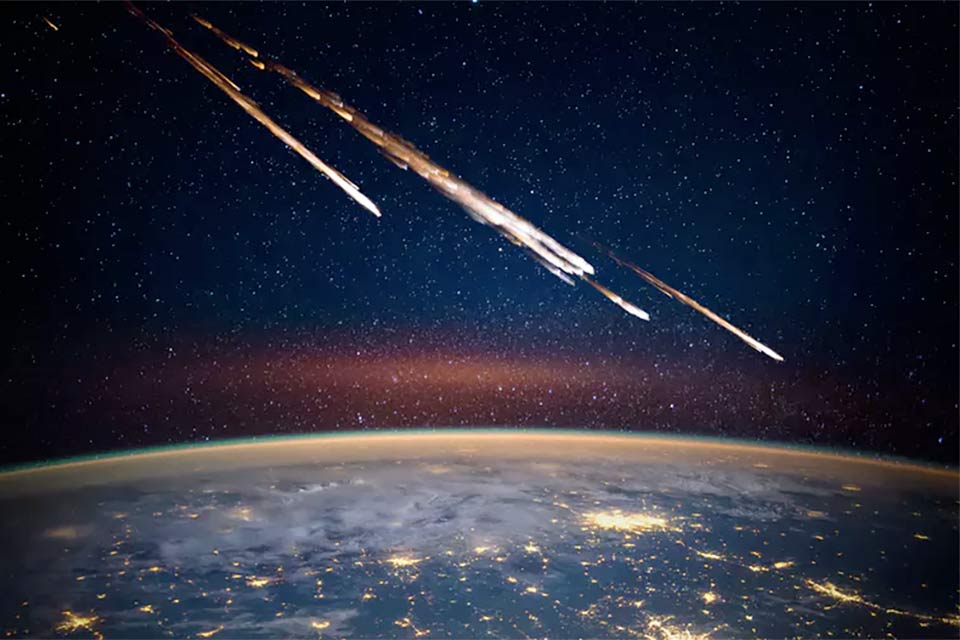 What is a meteorite made of and where do they come from? – children at Leigh St. Mary’s Church of England Primary School, Lancashire, UK.

Meteorites are “space rocks”, which are found on Earth after they fall from the sky. While falling, these space rocks race through the air a hundred times faster than an airplane. Travelling this fast makes the space rocks very hot – more than 1000℃! And that makes them shine, like a star – which is why people call them “shooting stars”.

Most meteors are tiny, and burn up as they fall toward Earth. Some bigger ones explode. This happened in 2013 in Russia: a meteor as large a house exploded above a city of more than a million people.

Some space rocks hit the Earth. This can make a hole in the ground, making what we call a crater. The Earth’s moon is covered with craters, but craters on Earth are usually washed away by rain, or plants grow over them, or they get wiped away when mountains grow. You can still find some pretty big craters on Earth, though, such as the Barringer crater in Arizona, US.

It’s a miracle no one has been hit on the head by one of these space rocks. But many dinosaurs weren’t that lucky 65m years ago, when a rock the size of London struck Earth. This meteor made the gigantic Chicxulub crater, caused a huge tsunami wave, turned day into night – and it’s the main reason why dinosaurs went extinct.

What are meteors made of?

Surely, you’d think, meteors can’t be just like normal stones – well, yes and no. They come in two different types.

One is a bit like stone, and it can be difficult to tell if it’s a meteorite.

The other is like a clump of metal, much heavier than normal stone. These are easier to recognise. Both types have a “skin” that is scorched, as if it had been in a very hot oven.

Where do meteors come from?

We know there are many rocks that go all the way around the sun, just like the Earth does over the course of one year. The largest one is almost a thousand kilometres wide. It’s called Ceres. But many of the smaller ones humans can’t see … until they hit Earth!

Asteroids and comets are the crumbles left over after planets like Earth formed, 4.5 billion years ago. Some were also made when two planets crashed into each other.

Earth itself got hit when it was still only millions of years young, and that’s how the moon was made.

Meteors from Mars and beyond

When a big meteorite makes a crater, it throws up rocks into space. Those rocks can also land on Earth. Some meteorites come from the moon, and some even from Mars. We know that because inside the meteorites are tiny bubbles of air. The air on Mars is very different from the air on Earth, so we can tell if a rock comes from Mars by examining the air bubbles inside.

Some rocks even come from outside of our solar system. Scientists spotted the first one of these in 2017 – it’s called ‘Oumuamua, and it’s a hundred metres wide. Luckily, it missed Earth.

Plants, animals and insects are all very different creatures. But all life on Earth shares something special, and that’s extremely tiny bits called amino acids. And they have been found inside meteorites! Scientists still aren’t quite sure what this means exactly, but some believe life might have arrived on Earth from space – if that turns out to be true, perhaps we’re all aliens, after all?