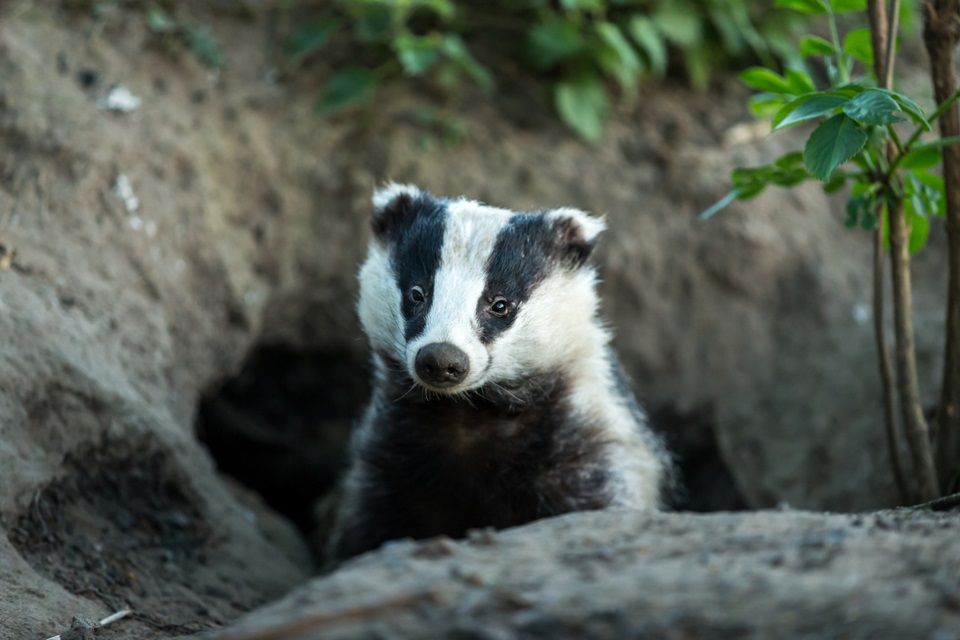 Keele University geoscientists have helped police scientifically identify when a badger sett has been illegally filled in.

Wildlife crime is a growing problem in rural areas of the UK, and as such has led to a joint investigation by rural and wildlife crime officers at Staffordshire Police and scientists from Keele University. Their collaborative study observed 12 tunnel entrances using ground penetrating radar (GPR) surveys and found that five badger sett tunnels had been purposefully filled.

The new study has been published in the Forensic Science International Journal and evidences the importance of rapid geoscience surveys to assist police forces to both gain scientific evidence for prosecutions and to deter potential future wildlife crime. As soon as a crime of this nature was reported, Keele scientists rapidly responded to collect data before it was destroyed either by the suspect(s) or as a result of further badger activities, or eroded by weather and time.

Forensic scientist Dr Kris Wisniewski of Keele University, who led the study, said: “This multi-disciplinary investigation really showcases how academic applied science researchers can provide an extra resource on a live police investigation, in this case for wildlife and rural crime.”

The five badger sett tunnels were filled in with slurry material not found elsewhere on the surface. With a maximum horizontal distance of ten metres between filled tunnel entrances, the scientists concluded that it was highly unlikely that they could have been filled by accident. A scientific report was generated and forwarded to the Crown Prosecution Service as evidential material.

Co-author Dr Jamie Pringle of Keele University said: “Not only could we quickly assist with a live investigation, and bring our scientific expertise to help, it also gave our students a real-world case to gain experience that is increasingly vital for potential employment. The collaboration was deemed to be effective, not only in terms of providing sound scientific support, but also cost effective in the present climate of reduced budgets.”

Co-author Dr Daniel Allen of Keele University added: “Wildlife crimes have reached unprecedented levels. The illegal persecution of badgers is on the rise. Despite this, criminal investigations and prosecutions remain rare. Rural police forces need more support to investigate illegal wildlife crime. Our research suggests that new working partnerships between the police and forensic wildlife crime investigators have the potential to make a real impact on future cases.”

PC Gary Wilson of Staffordshire Police, another co-author of the study, said: “Working with the team from Keele University gave us a new, unique approach to the investigation - I wasn't aware of anything like this having been used before. The scientific evidence we needed was obtained quickly, accurately and done so in the most unobtrusive way. As the badger sett was still active, we needed to consider whether obtaining the evidence would cause further destruction. The way the team worked, and the methods used, were ideal; virtually no impact on the scene, great evidence and also fascinating to watch.”

The research was part of the Keele Policing Academic Collaboration (KPAC) initiative which is designed to promote research collaboration between academics and policing and community safety partners to help tackle the challenges facing Britain’s police forces. KPAC hosts a range of events for police officers, academics and a range of other professionals. View the KPAC events calendar to find out more.