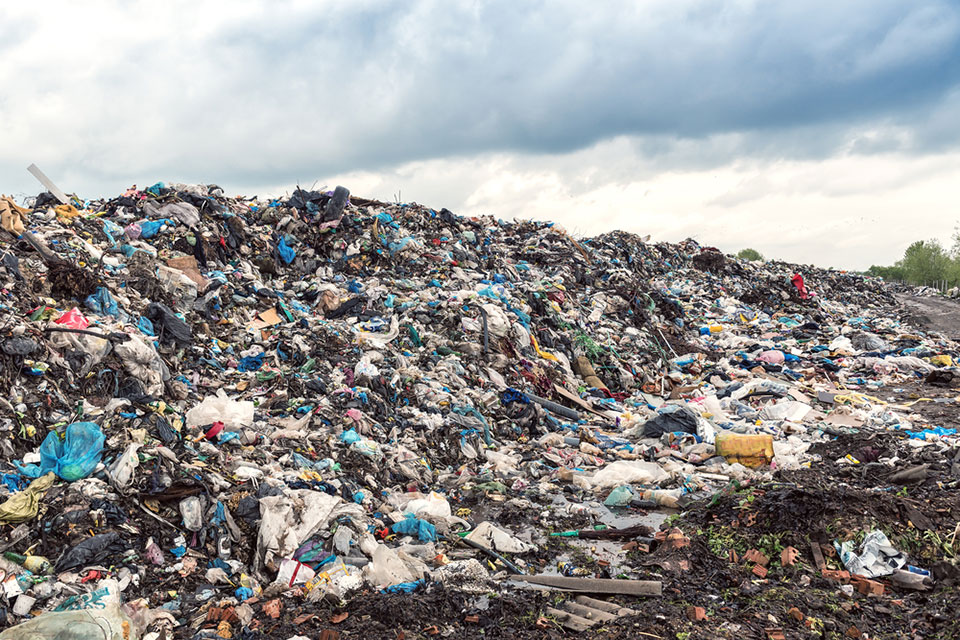 Geoscientists from Keele University have been working with the police to assist with the investigation of environmental crimes, such as illegal waste dumps.

Buried illegal waste and uncontrolled legal waste dumps are a major problem throughout the world, with significant environmental and economic costs.

A new joint case study from Keele University and Queen’s University Belfast, published in the Environmental Forensics journal, has demonstrated how geoscientists have worked with the police to investigate illegally dumped waste.

Using geodetic and near-surface geophysics (electrical resistivity and ground penetrating radar) surveys over two sites in Northern Ireland, the research team were able to characterise the reported illegally dumped waste, both in its extent and volume, in order to help prosecute those who dumped it.

The geophysical surveys found evidence of an average of five metres in thickness of waste across both sites studied. Total volumes of waste were estimated to be around 78,000 m3, with estimated clean-up costs for both sites of over £250,000.

A subsequent scientific report was generated for the Crown Prosecution Service (CPS) as evidential material, with the identified culprit convicted.

Dr Jamie Pringle, Senior Lecturer in Engineering & Environmental Geosciences at Keele University, who assisted with the investigations and co-authored the case-study article explained:

“Geoscience surveys can assist with environmental forensics, to both gain scientific evidence for prosecutions and to deter potential future crime.

“Geoscience techniques, and specifically geophysical methods, can rapidly quantify the amount of illegal waste that has been deposited, assuming there is measurable contrast between it and background values. It is an under-utilised but, potentially, very effective environmental forensics tool.”

“We may be called upon by the environmental crime law enforcement authorities to assist in finding illegal waste sites, but more commonly to assess the volume and possible content of buried material. The problem arose over ten years ago, when a case brought to court was lost by virtue of the defence stating that the waste estimate (from trial pits) was not representative of the true volume. Toxicity, effect on air and water, land ownership and waste volume are combined in the court deciding a sentence for the guilty party. Our work on the area and thickness of a mass of buried waste is therefore critical in assisting correct application of the law.”