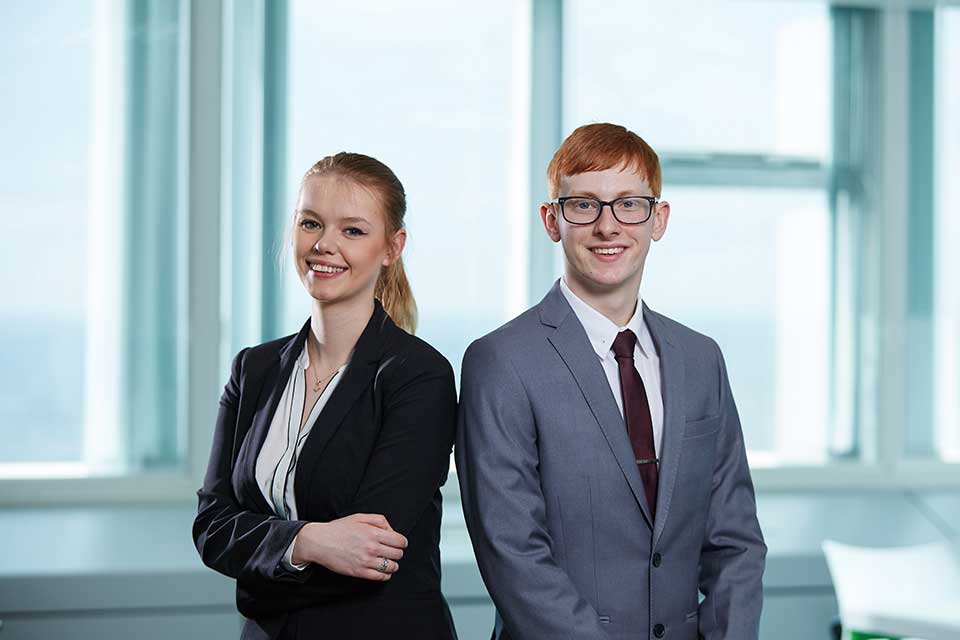 Two entrepreneurial students from Keele University have won the ‘Design’ category at the UK STEM Awards.

The challenge posed to students entering the prestigious competition was focused on how the construction industry can respond to extreme climatic events in an innovative way to mitigate the effects of natural disasters, capitalising on advanced technology and digitisation.

Their winning entry - ‘Shelterme’ - is a rapidly-constructed shelter for use after natural disasters occur. The pop-up “smart tent” is a future-proof solution to provide shelter following a major natural disaster, and is achieved by means of a rapid-inflation polymer tent, with built-in solar power generated using organic photovoltaics.

For the inflation mechanism the students identified two potential methods: a small explosion resulting in rapid inflation (similar to an airbag) or inflation via the release of compressed gas. Both would use N2 (nitrogen gas) due to its inertness, safety and availability in all areas of the world

Ashleigh and Ross recently presented their concept in the finals of the UK STEM Awards, after being selected as winners of the Design category. Speaking after their win, Ross commented:

“Shelterme can be used by anyone, in any scenario that may require shelter. Examples of this might include expeditions, temporary hospitals, and potentially a refuge for the homeless.”

Ashleigh added: “Shelterme is also an efficient solution that would require only the inflation device being replaced after use, proving to be a financially secure investment.”

The overall winner of the STEM Awards will be announced in June, at a ceremony in London.