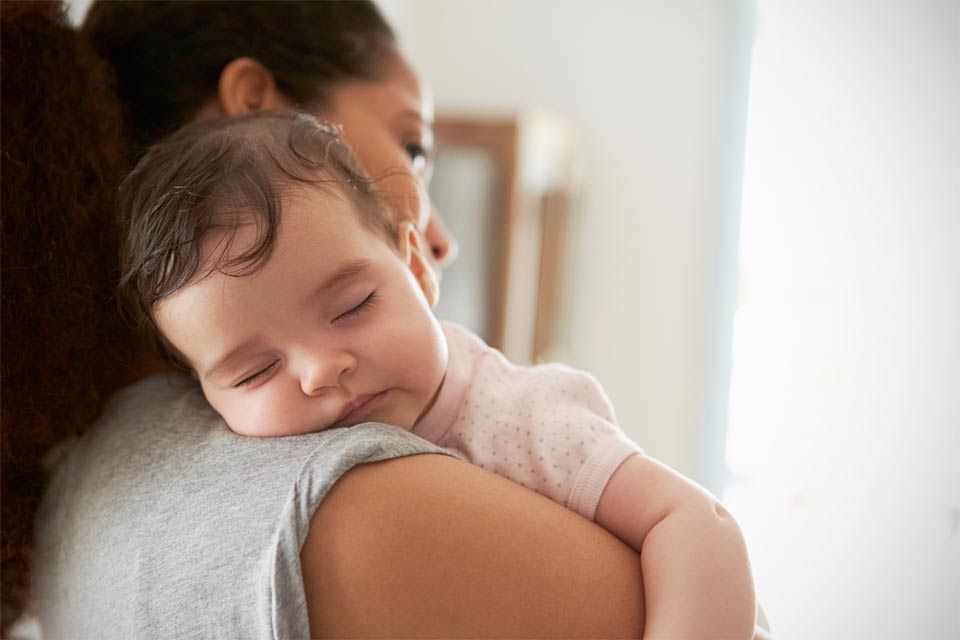 Pregnancy and after can be a turbulent time. Shutterstock

As many as one in five women develop a mental health problem during pregnancy or in the first year after the birth of their baby. The distress this causes women and their families, the negative impact on their health and well-being, and the economic costs to individuals, the NHS and the nation are considerable.

Between one and two in 1,000 women who have given birth are affected by postpartum psychosis, a serious mental illness. Symptoms vary and can change rapidly. They can include high mood (mania), depression, confusion, hallucinations and delusions. In some of the most extreme cases, there is a risk of suicide – it is estimated that a quarter of all maternal deaths are related to mental health problems.

Some women will have suffered these mental health problems before, but for others, symptoms are new and frightening. Rarer problems include panic disorder, obsessive compulsive disorder and exacerbation of eating disorders. Domestic violence is also now increasingly recognised as a risk factor for perinatal depression, anxiety and post-traumatic stress disorder (PTSD).

The impact of maternal mental health problems goes further. The symptoms may lead to poor bonding with the baby and difficulties with breastfeeding (which can itself lead to distress, anxiety and low mood). Maternal depression can have far reaching consequences on the development of the baby, with problems extending into childhood and adolescence. Research has shown potential impacts on cognitive development, including language development, conduct and school performance.

Read more: Postnatal depression: men get it too 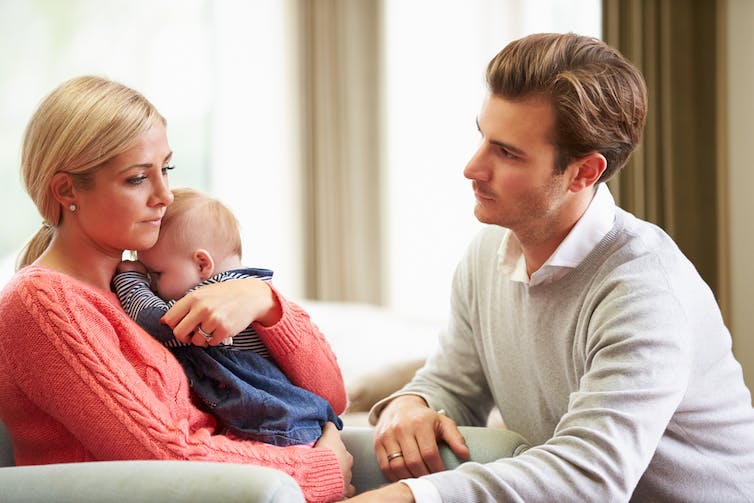 Depression has an impact on the whole family. Shutterstock

Maternal mental health problems are estimated to cost the UK £8.1 billion each year. A recent working paper also suggested that postnatal depression can still have a direct effect on maternal employment five years after birth – even when the effects of low mood are no longer present.

Is help readily available? The short answer is no. It has been suggested that only 7% of women who experienced mental health symptoms were referred to specialist mental health care. Yet when mental health problems are diagnosed early, these effects can be mitigated.

A woman comes into contact with midwives, health visitors, general practitioners and obstetricians during the course of her pregnancy. It is vital that all of these health care professionals are alert to the possibility of problems and are aware of how common they are. Health care professionals need to enquire about mood at every contact, and refer the women for psychological support as early as possible. And women should feel supported by their health care professional to talk openly about their feelings. Support also needs to be available for partners, as part of a wider approach of treating maternal mental health and limiting the impact it has on the whole family.

Fortunately, the situation and awareness of the condition is getting better thanks in part to the many women who are sharing their stories and ask for help.

The Royal College of General Practitioners developed a toolkit that offers resources for GPs to facilitate the identification and management of maternal mental health problems. This toolkit also includes resources that the GP can signpost the mother and her partner to. A report from the Royal College of Midwives highlighted the stigma around disclosing mental health problems. This stigma must be broken down – and facilitating women to raise mood problems is a vital part of this.

Following the publication of The Five Year Forward View for Mental Health report, NHS England committed to £365m in extra funding to increase access to specialised perinatal mental health support, so that by 2020-21 an additional 30,000 women will be able to receive local specialised treatment.