The psychological impact of the grammar school test – new research 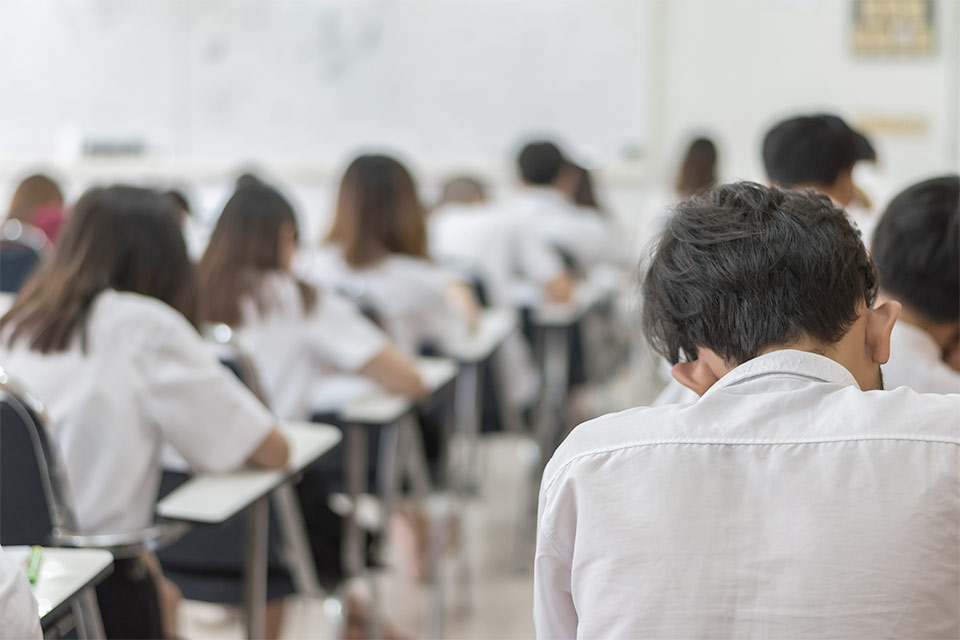 Grammar schools are never far from the headlines and the BBC’s new mini-series, Grammar Schools: Who will Get In sheds further light on the selective schooling system, at a time when the prime minister, Theresa May, plans to expand it.

The series follows pupils at three schools in Bexley, south London – which has a fully selective education system. The children featured in the programme showed high levels of anxiety and articulated fears that failing the 11+ exam will make them “a failure in life”.

Children who go to grammar schools may achieve better GCSE results. But of course, not all children can attend grammar school – and the selection of the children who do attend is fraught with difficulty. Not all children are given the opportunity to take the 11+ – in some counties, only those who are selected by the teachers as likely to pass will take the exam – and of these children between 25-50% of children will pass.

Our recent research demonstrates the negative impact the 11+ can have on children as they move towards transition to secondary school. We asked children to complete questionnaires when they had decided whether to take the 11+ exam, and again when they had received their results. We asked children about their self-esteem, feelings of control and attitudes towards school. We also asked what they thought about intelligence – whether it is innate, or something that can be developed.

This is important, as research suggests some people think intelligence is “fixed” – with certain people being naturally cleverer. Other people believe intelligence is malleable and can change with effort and techniques. Because of the focus on things people can do to improve, a malleable view of intelligence has been linked to positive educational outcomes, such as working hard in school, persisting in the face of setbacks and choosing challenging goals.

The 11+ exam promotes an extreme fixed view of intelligence. In effect, children are given the message that their performance in a primary school exam can be used to predict their future academic achievement.

Children who were not selected to take the exam, or who failed, felt equally negative about themselves and school – which suggests that being told you are likely to fail is as damaging to self-perceptions as actually failing. On top of this, children who did not pass the test were more likely to believe that intelligence can be developed over time. This is probably because believing intelligence is fixed – and that you are not one of the “clever” children – is likely to make you to feel very negative about yourself.

This shows how passing the exam does not necessarily lead to completely positive outcomes – as the fixed view of intelligence may make the transition to secondary school work more challenging. On the other hand, while those who failed or did not sit the exam felt more negative about themselves and school, their more malleable view of intelligence may help them to cope better with the challenges of secondary school work.

The reality of the exam

The 11+ exam is meant to tap into “natural ability” and was designed so that performance could not be improved by tutoring. This was thought to give all children an equal opportunity to pass and gain a place in a good school. Though in reality, many middle class children are tutored for the exam and are more likely to pass.

Of course, this is not to say that other educational systems do not have similar inequalities. In areas of the country without the 11+ exam – where children attend school based on their postcode – areas with better schools have markedly higher house prices. And similar patterns have been shown in other countries across the world.

If the grammar school system is to continue, then perhaps a better way of selecting children would be to use regular measures of student progress. This would help to reduce anxiety around the exam – and may also help children to realise that intelligence is something they can develop over time – and that with hard work and support, everyone can “grow” their intelligence.