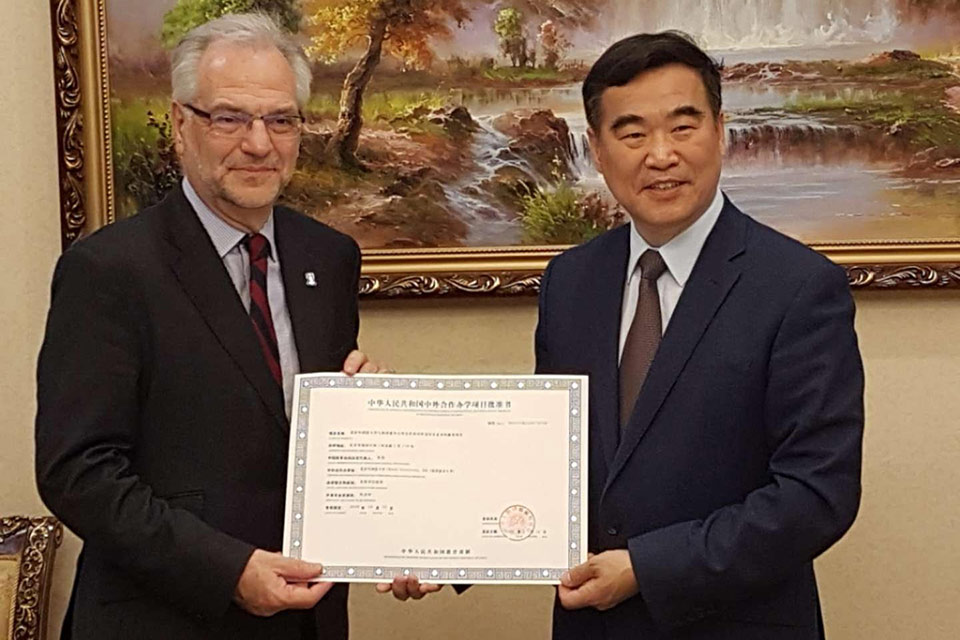 A delegation from BFSU led by the President of the University, Professor Peng Long, visited Keele to sign a partnership for the new “International Governance and Public Policy” programme, the first ever undergraduate collaborative education programme on diplomacy between China and any other country. 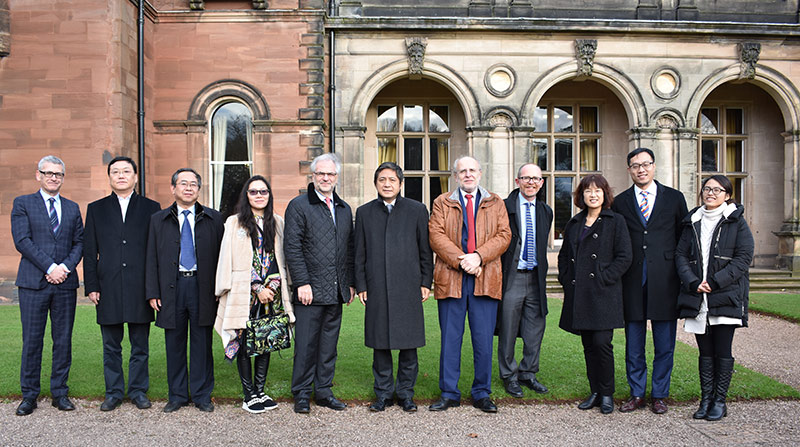 BFSU, China’s oldest foreign language teaching university, is well known for its diplomatic graduates, and this new course will help deliver the Chinese government’s aims to develop talented young individuals who will be able to represent the country effectively in the area of diplomacy, foreign affairs and economic and cultural exchanges and communication.

Keele is committed to developing high quality partnerships in China to enable collaborative research and teaching, and to also support staff and student mobility. Keele's world-leading expertise aligns with China's strategically important priority areas for development, especially in global health, environment and energy, as outlined in the University’s strategic plan.

Professor Luther commented: “BFSU is a prestigious Chinese university with a tradition of training a significant proportion of Chinese diplomats, which mirrors Keele’s own history of training students in international relations and diplomacy, who then go on to work in diplomatic roles both in the UK and internationally.

“As a university Keele counts four sitting members of the UK Parliament as graduates, together with many EU, UN, and UNICEF ambassadors, which is testament to the quality of our teaching and research in the field of international relations and diplomacy.

“The new degree programme that the partnership will support, builds on expertise at both BFSU and Keele in international relations and diplomacy, but also Keele's inter-disciplinary tradition, as it also includes Keele Management School modules on international organisation and a module in public international law from our School of Law.”

Professor Peng commented: “I hope through this partnership the two universities could further enhance research and learning exchanges in wider areas, including students and staff exchanges.”
The first cohort is expected to commence studies in the 2018/19 academic year. The course will be delivered at BFSU for the first two years of study, and the third year will be held at Keele University. Students will receive both awards from Keele and BFSU upon graduation.