The ‘macaroni’ scandal of 1772: ‘gay’ trial a century before Oscar Wilde 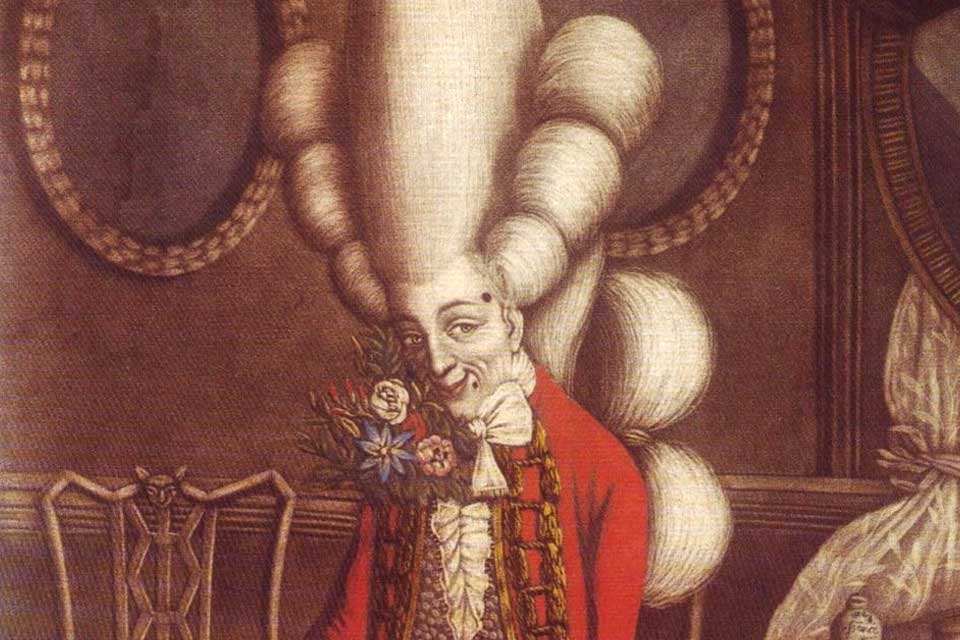 Much derision was directed toward aesthetes in the late 19th century, who, led by Oscar Wilde, declared their devotion to beauty in all its forms. That moment in the history of men and their fashions is remembered today because of the fate of Wilde, imprisoned for what was then the crime of “gross indecency”. But this was not the first sensational trial of a high-profile homosexual. That had happened long before, such as in the notorious “macaroni” case of 1772.

Over the centuries, all manner of dandies have attempted to make their place in society. Wilde’s predecessor, George Bryan “Beau” Brummell became an arbiter of men’s fashion in Regency England despite his obscure social origins and lack of interest in women. Part of the secret of his success was his cultivation of a refined but understated style that avoided the kind of flashiness that could get a man condemned for “effeminate” flamboyance.

In the 1760s and 1770s, there was an explosion of public interest in the “macaronis”, fashionable society gents who were given that name because, in the eyes of the penny press of the day, they committed such cardinal sins as rejecting good old English roast beef for dainty foods from continental Europe – such as pasta. Those finicky eaters, who also sported excessive French fashions in clothing, were in some ways the predecessors of Wildean aesthetes, but they have largely been forgotten today.

Wilde, by contrast, is remembered because of his talent and for the way he was treated by the British legal system. In the 1980s and 1990s, he became a kind of “gay icon” with a new relevance to a generation struggling with the horrors of the AIDS epidemic. His disgrace at the end of the 19th century was reinterpreted as a kind of queer martyrdom that presaged later struggles for lesbian and gay liberation.

Enthusiasm for Wilde on the part of lesbian and gay activists in the late 20th century was connected to the rise of a new form of cultural and literary analysis known as “queer theory”. This development was heavily influenced by the work of the French philosopher Michel Foucault on the ways in which textual discourse operates. The focus was no longer on identifying gay men or lesbians in past centuries but on identifying when and why those terms were used.

It was this thinking that led the prominent scholar of Alan Sinfield, a leading British queer theorist, to identity the Wilde trials of 1895 as a “queer moment” when dandyism became linked with same sex desire. 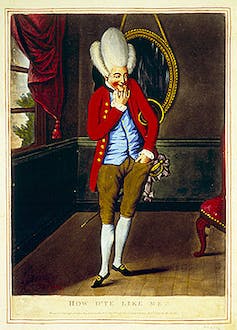 The stereotypical proto-homosexual man emerged as a being that was attracted to younger men, who was theatrical rather than understated, effeminate rather than manly, and artistic rather than sporting. But it was not true that Wilde became obvious as a homosexual during the course of his trial – for the simple reason that the term “homosexual” was not reported in the British media until the time of another scandal, that surrounding the Prussian Prince of Eulenburg, that unfolded between 1906 and 1909.

And the fact is that Wilde was far from the first allegedly effeminate “sodomite” or “bugger” – and here I use terms that were widely employed at the time – to be disgraced in court.

The scandal of Captain Jones

Hester Thrale (1741 - 1821) was a member of the literary circle surrounding the famous encyclopediast Dr Samuel Johnson. She kept a fascinating diary in which she noted a wide variety of sexual foibles and eccentricities in the society circles of her time. She had a striking ability to recognise homosexuals (both male and female). Thus, in the entry for March 29, 1794 she discussed “finger-twirlers” as being a “decent word for sodomite”. In one passage, recorded in late March or early April 1778, she recalled the time six years earlier when a certain Captain Jones had been convicted of crimes against nature, and sentenced to die:

He was a Gentleman famous for his Invention in the Art of making Fireworks, and adapting Subjects fit to be represented in that Genre; & had already entertained the Town with two particular Devices which were exhibited at Marylebone Gardens & greatly admired: viz: the Forge of Vulcan in the Cave of Mount Etna, & the calling of Eurydice out of Hell – If he is pardoned says Stevens, He may shew off the Destruction of Sodom and Gomorrah; it will have an admirable Effect.

Jones was a man of fashion in society who had been convicted at the Old Bailey for sodomising a 13-year-old boy. The link that Thrale made between camp dandyism and same sex scandal was rife in the papers of the time. As one correspondent put it in a letter to the Public Ledger on August 5, 1772, Captain Jones was “too much engaged in every scene of idle Dissipation and wanton Extravagance”. He was referred to as this “MILITARY MACCARONI [original emphasis]”. And, the writer concluded, “therefore, ye Beaux, ye sweet-scented, simpering He-She things, deign to learn wisdom from the death of a Brother”.

Arguments were brought forward that the boy’s testimony was unreliable and Jones was granted a royal pardon on the condition that he left the country. Members of the public seethed with indignation at the thought of an establishment cover-up and a variety of men fled to the Continent.

The macaronis have, however, been remembered for their style rather than for imputed sexual notoriety. We remember the uncouth revolutionary soldier who was originally mocked by the British as a “Yankee Doodle” for having “Stuck a feather in his cap / And called it macaroni”. But we’ve forgotten how queerly peculiar such an act may have seemed in the wake of a trial that bears comparison with those endured by Wilde a century later. That Americans could appropriate the song as a patriotic air implies a degree of innocence or, perhaps, of convenient forgetting.