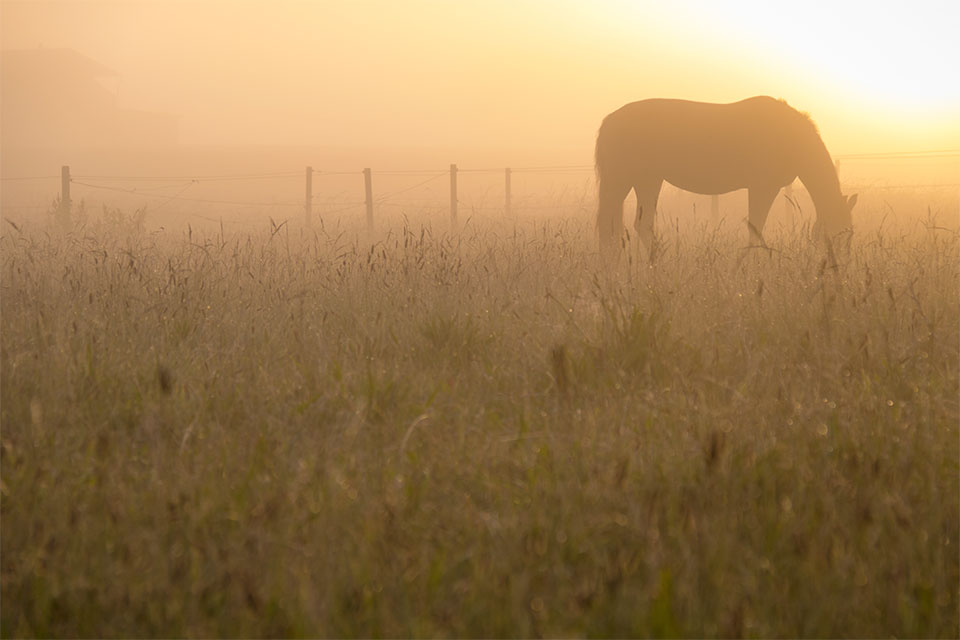 There’s still a lot we don’t know about how, and where, horses were first domesticated. Experts long thought that all modern horses were probably descended from a group of animals that belonged to the Botai culture, which flourished in Kazakhstan around 5,500 years ago.

But now, a new study published in Science suggests that the Botai horses were not the ancestors of our modern equine companions – and challenges what we thought we knew about one of the only “wild” horse species left today: the Przewalski’s horse.

There are now very few, if any, genuinely wild species of horse, which have never been domesticated. Scientists have known that Przewalski’s horse is not an ancestor of modern domestic horses, since studies were carried out on equine mitochondrial DNA in 2002. But now it seems that far from being the last remnants of a truly wild horse species, the Przewalski’s horse is the feral descendant of the domesticated Botai horses. 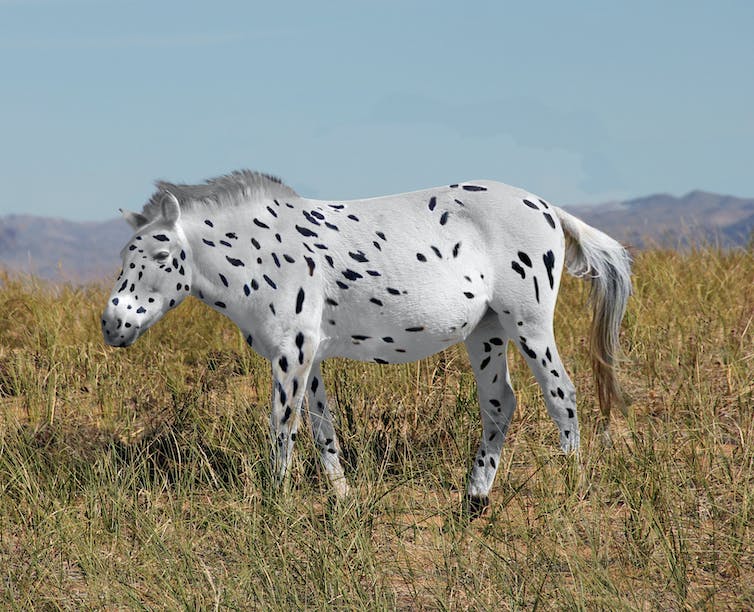 Let’s take a look at the science.

Led by Charleen Gaunitz from the Natural History Museum of Denmark, the study’s 47 authors sequenced the genomes of 42 ancient horses from Kazakhstan and various sites in Eurasia, and compared them with published data from 46 ancient and modern horses.

Their analysis showed that Przewalski’s horse and the most ancient horses from Eurasia were not genetically similar, as might be expected. In fact, the Przewalski’s horse were found to be most closely related to the Botai horses, while all modern domesticated horses belong to a separate group. If this is right, it turns what we thought we knew about wild and domestic horses on its head.

But one of the difficulties of drawing conclusions from the DNA of a modern Przewalski’s horse, is that the species suffered a massive decline in the first half of the 20th century. The last one seen in the wild was spotted back in the 1960s, and it was declared extinct in the wild. A captive breeding programme began, and all of today’s Przewalski’s horses trace their ancestry back to 13 individuals, which were in zoos around the world at the time. Equus ferus przewalskii was reintroduced to the wild at the end of the 20th century. 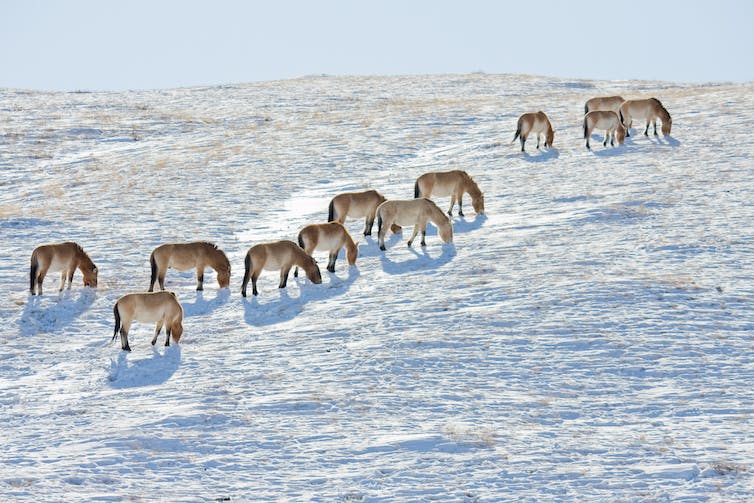 Back where they belong: Przewalski’s horses in the Mongolian wilderness. gsz/Flickr, CC BY-NC-ND

Gaunitz and her colleagues suggest that there has been considerable invasion of modern horse genes into the species. But the team were fortunate enough to have DNA from one specimen dating to the 19th century, before the population collapse occurred. This allowed them to show that the Botai horses were direct ancestors of another breed of horse from the early bronze age, called Borly4, and that these Borly4 horses were the direct ancestors of the pre-collapse Przewalski’s horse. 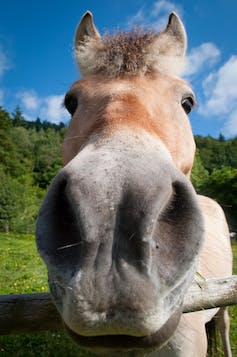 This leaves the origins of modern horses shrouded in mystery. It seems they are descended from a completely different group of horses, but the genomic analysis suggests that they managed to interbreed with the Botai horses to a small degree as the population expanded across the continental landmass. The authors of the study suggest that Hungary, in Eastern Europe, might be one of a number of places where the ancestors of modern horses were first domesticated, because the oldest horse remains were recovered from there.

Earlier studies have suggested Iberia, North Africa and Eurasia as possible sites of domestication. And it seems likely that horses – like dogs – were independently domesticated in a number of different places and over a long period of time.

Scientists – and horse owners – often wonder exactly how horses were domesticated. It has been suggested that they were originally prey animals that humans began to protect and breed to ensure a steady supply of meat. Over time their keepers began to use them for milk, hides and transport. Alternatively, they may have been deliberately brought under human control to help with the hunting of wild horse herds. 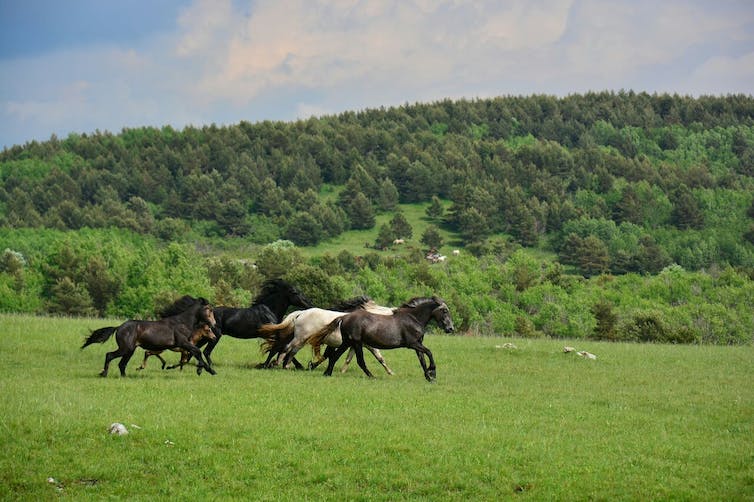 Whatever the method, it now seems likely that the very robust horses of the Botai were not the ultimate ancestors of the delicate modern thoroughbred racehorse, nor of the heavy draft horses that were the staple workforce of agriculture in many parts of the world until the beginning of the 20th century.

The Botai horse genes are preserved only in the small and precarious populations of Przewalski’s horse, which struggle to survive in the areas of the Gobi desert and the mountain steppe regions of Mongolia where they were reintroduced. All the more reason then, to continue to ensure the survival of this species – possibly the last repository of ancient horse DNA.