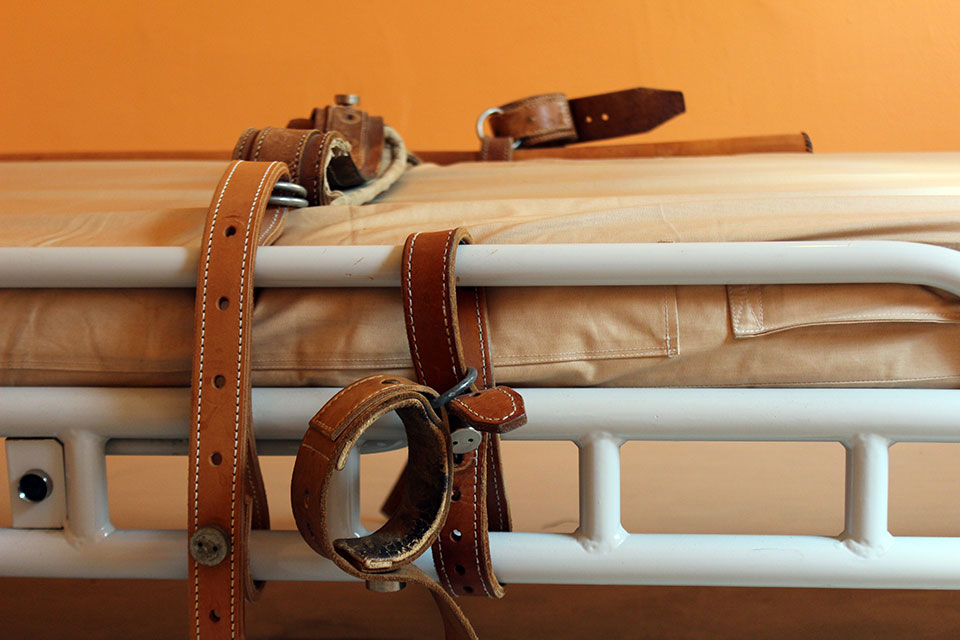 Patients with serious mental health problems who are being detained in hospital have long been let down by the law – in many cases being treated without consent. Now the UK Mental Health Act Review – chaired by psychiatrist Simon Wessely from King’s College London – has delivered its final report, concluding that the act must be overhauled to protect patients’ rights.

The purpose of the government-commissioned review, published on 6 December, was to set out recommendations on changes to the Mental Health Act 1983 – and the review has set out a series of proposals based around giving mental health patients more autonomy in decisions about their treatment.

As a researcher in medical law and mental health, I very much welcome the findings of this report. But the question is how we empower mental health patients in a meaningful way that is more than just ink on a page.

The review recognises that there is no simple solution to the underlying tension in mental health law between the autonomy of the patient and the safety of the patient and wider public. If patients pose a risk to themselves or people around them but do not wish to be treated, what should medical professionals do? The Mental Health Act has traditionally viewed protection as more important than autonomy.

Indeed, the act is based on the control and compulsion of patients – its purpose has never been to give them a choice in their treatment. With three exceptions – psychosurgery and implantation of hormones, medication beyond three months and electro-convulsive therapy – a “sectioned” patient (someone who is detained in hospital) can be treated for their mental health condition completely without consent.

Treatment under the Mental Health Act is broadly defined as tackling “symptoms and manifestations” of a condition, as well as the underlying disorder. A patient with anorexia could be force fed, or someone who self-harms might be given a blood transfusion, without their consent. Treatment must be for the mental health condition and not an unrelated condition, but sometimes the boundaries are blurred. In one case in the mid-1990s, a C-section was said to be treatment for schizophrenia.

Devil in the details

The review suggests we need to “rebalance the system” to be more responsive to patients’ views and rights and (insofar as possible) give patients an ability to make choices. By doing that, the review aims to empower patients by ensuring that their voices are “heard louder and more distinctly” – carrying more weight.

But is this actually achievable in practice? In medical law generally, patient involvement in decisions is increasingly important, and a failure to give sufficient information carries legal consequences. If a patient refuses a treatment, this also has to be respected – even if doctors disagree with it.

The challenge in mental health law is that patients are not allowed to exercise choice. In particular, refusal of treatment is often treated as a consequence of the mental health condition. For example if someone is paranoid and delusional they may not want treatment because they are not able to see that they are delusional.

The review makes several recommendations to address this. For example, it argues there should be legally binding advance care plans for patients with mental health problems in case they get sectioned in the future. It also says that patients can nominate a person to be involved in decisions about their care and that doctors should log cases where patients’ requests have been ignored.

But, perhaps most importantly, it suggests giving patients a right to challenge treatment decisions in a tribunal. In principle this would be a welcome move, as current legal remedies are inaccessible. A judge would have the power to require clinicians to reconsider their treatment decision, or prevent a specific treatment, where it involves a disproportionate interference with the patient’s rights. For example, if a patient with anorexia wanted to refuse to be force fed – after prolonged and unsuccessful treatment – they could challenge a decision to continue force feeding. Their argument would be that further treatment is a disproportionate interference with their right to choose what is done to their body.

But if a tribunal was deciding whether receiving a particular treatment was in the “best interests” of the patient – which is an approach used under the Mental Capacity Act 2005 to make treatment decisions for people who lack legal capacity (for example certain people with dementia) – then any assessment of a proposed treatment would be significantly more rigorous. Under this act, deciding what is in a patient’s best interests is a holistic assessment, taking account of more than just medical best interests. Social and emotional factors are equally relevant. Critically, obtaining the views of patients is an important – and sometimes defining – part of this.

The question moving forward is when would giving treatment to mental health patients without their consent be a disproportionate interference with their basic right to choose what is done to their own body? The review does not define what is meant by “disproportionate”, but to “rebalance the system” a patient’s decision-making capacity must be critical. If a person is able to make a decision, it is disproportionate to take away their autonomy and choice.

As the Mental Health Act has never placed any emphasis on autonomy and choice, defining these boundaries and empowering patients is going to be a significant challenge. But since the government’s initial response to the review does not even accept the recommendation of a right to challenge treatment decisions in a tribunal, it is unclear if it will become an option.

Allowing patients to express treatment “preferences” or nominate a person to be involved in care decisions – recommendations that it has accepted – will not go far enough. Autonomy and choice mean patients should not be routinely treated without consent. If the aim is to “rebalance the system”, a right of appeal to tribunal should not be overlooked.