A collaborative project partially funded by Higher Horizons+ has won a Construction News Talent “Graduate Initiative of the Year” award.

Higher Horizons+ encourages young people from underrepresented groups in higher education to aspire to continue their studies and develop their vocational skills.

The ‘Fast Trackers’ project enabled over 130 16 to 17-year-old young people who are currently in vocational engineering programmes of study in further education institutions to engage with the opportunities that higher education could offer to them.

During the ‘Fast Trackers’ project, which involved a three-day residential trip to London, the young people were able to visit employers and educational institutions to understand how continuing their studies to higher education level could translate into a career, and how the skills they were already beginning to learn could be applied to future jobs.

The young people also took part in a team-based project developed by graduate engineers at Network Rail and Mott MacDonald to design a redevelopment of London Euston station and the new HS2 line. 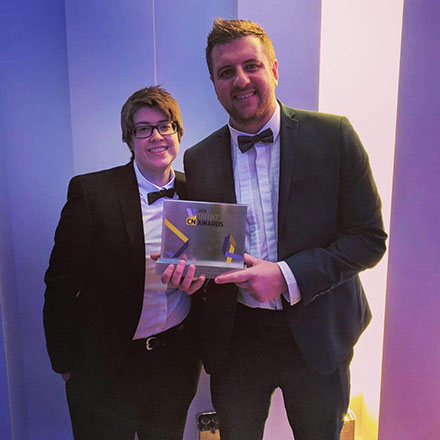 "The ‘Fast Trackers’ project was all about showing our young people that there is going to be a great need for engineers over the next 25 years, and with full educations in construction and engineering they will be absolutely at the forefront of this next generation of Great British engineers.

"We are very pleased that such a simple idea, with lot of hard work, has been nationally recognised with an excellence award. We aim to have positive impacts on the lives of our young people to help them through education, fulfilling their potential, and we were really pleased to be recently named in the top five networks across the country, delivering inspiring projects to tens of thousands of young people."