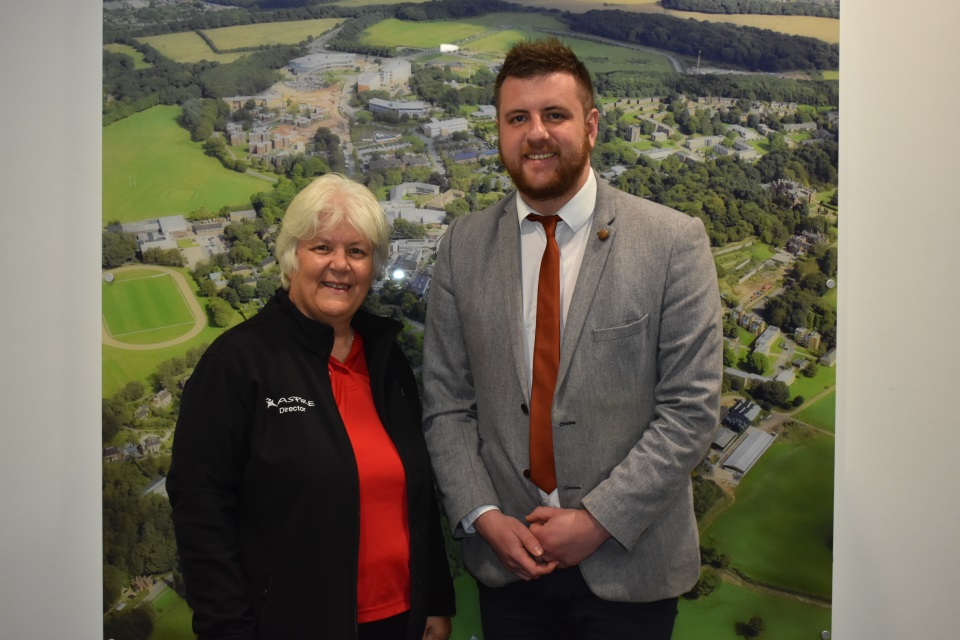 Dr Jardine leads the WP ASPIRE program at the UNSW, which covers metropolitan Sydney and regional New South Wales. ASPIRE is an established programme in 54 schools, focusing on those with limited or no access to the university environment. Ann is also the director of UNSW’s AimHigh unit, overseeing a portfolio of programmes and initiatives, including ASPIRE, to increase the participation in university of students from diverse backgrounds who do not traditionally attend university.

Dr Jardine said: “The work that is taking place via Higher Horizons+ is inspirational, and I will take so much home with me. Keele sits in an area of such great working class heritage and I have been intrigued by the area and how Higher Horizons+ works in the community.”

Mr Sutcliffe said: “It was a real honour to have Dr Jardine visit us; someone who is well-recognised in the international WP community and has written extensively on retention, WP and social barriers to higher education."

Higher Horizons+ is a National Collaborative Outreach Programme that operates across Staffordshire, Cheshire and Shropshire. The government-funded widening participation scheme, which has its central hub at Keele University, encourages young people from underrepresented groups in higher education to achieve their potential by enrolling on university courses. Much of the work is focused on young people who may be the first in their family to think about higher education, or who have low expectations of their routes through education.