Diabetes drugs could save thousands of lives, research finds 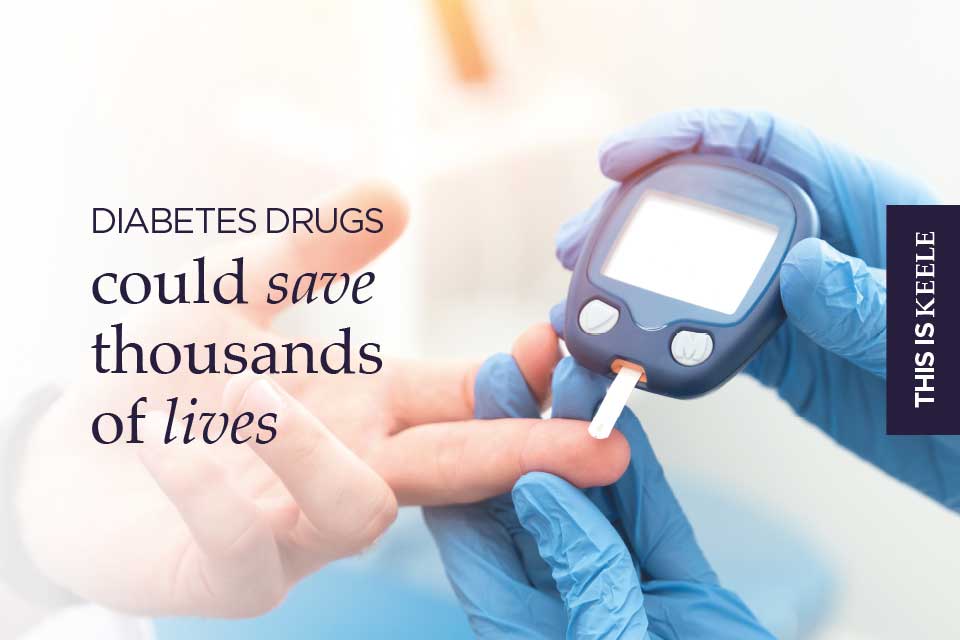 Different medications are available to people with type 2 diabetes, all of which work in different ways to lower blood glucose levels. The study team, led by the University of Manchester and including Keele’s Professor Mamas Mamas, looked at two newer types of medication called SGLT2 inhibitors and GLP-1 receptor agonists (GLP-1RAs).

They compared the risk of serious heart or stroke problems in people with type 2 diabetes when using the newer diabetes treatments to the risk in people using more traditional therapies, such as metformin and sulphonylureas.

The odds of having a heart attack or stroke were 18% lower for SGLT2 inhibitors, 7% lower for GLP-1RAs and 30% lower for them given in combination.

Though SGLT2 inhibitors have been licensed since 2012, and GLP-1RA therapies since 2005, doctors routinely prescribe more traditional therapies for diabetes management which either have neutral or modest effects on reducing the risk of heart problems.

The researchers conclude that cost, regular prescribing practices and limited emphasis in current clinical management guidelines, may explain why these drug classes are less routinely prescribed.

Professor Mamas Mamas, Professor of Cardiology at Keele University, said: “This work is important as diabetes is increasingly common and patients with diabetes have a high risk of future cardiovascular events. This work suggests that there may be benefits in combining these 2 newer groups of compounds to reduce the risk of future cardiac events in this high-risk group of patients.”

Co-author Professor Martin Rutter is a researcher at the University of Manchester and Honorary Consultant Physician at the Diabetes, Endocrinology and Metabolism Centre, Manchester Royal Infirmary.

He said: “There are around 4 million people with type 2 diabetes in the UK, and sadly more than one in three of these people will die from cardiovascular disease. The good news is that SGLT2 inhibitors and GLP-1RA drugs not only control diabetes, but they also reduce the risk of developing serious cardiovascular events such as heart attack or stroke.

“And that could save thousands of lives every year - not to mention the avoidance of chronic illness in those who survive heart attacks and strokes. The protective effect of these two types of medication can be seen as soon as patients start to receive them - though the longer they take them, the greater the protection.”

Lead author Dr Alison Wright, a statistician at the University of Manchester, said: “While GLP-1RA and SGLT2 inhibitors are expensive treatments, we believe the cost-effectiveness of such treatment options in terms of primary prevention should be seriously examined.

“This is because 80% of diabetes care costs are related to managing complications, with the largest contributor being cardiovascular disease.

“We believe these data make a strong case for trials evaluating the efficacy and cost-effectiveness of these interventions and their combination in lower risk people with type 2 diabetes.”