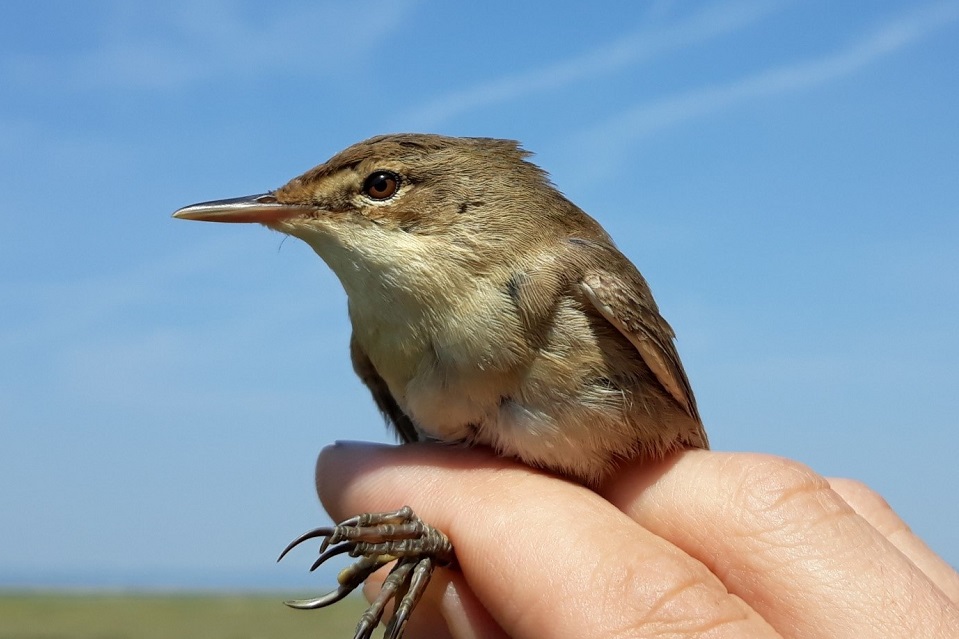 Birdwatchers get very excited when a ‘rare’ migratory bird makes landfall having been blown off-course and flown beyond its normal range. But these are rare for a reason; most birds that have made the journey before are able to correct for large displacements and find their final destination.

Now, new research by an international team shows for the first time, how birds displaced in this way are able to navigate back to their migratory route, and gives us an insight into how they accomplish this feat.

Writing in Current Biology, the team from Keele and Bangor Universities describe how reed warblers can navigate from a ‘magnetic position’ beyond what they have experienced in their normal migration route, back towards that correct route.

Adult birds already familiar with their migration route, and its general magnetic signatures, were held in captivity for a short period, and exposed to a simulation of the Earth’s magnetic signature at a location thousands of miles beyond the birds’ natural migratory corridor.

Despite remaining physically located at their capture site and experiencing all other sensory clues about their location, including starlight and the sights, smell and sounds of their actual location, the birds still showed the urge to begin their journey as though they were in the location suggested by the magnetic cues they were experiencing.

They oriented themselves to fly in a direction which would lead them ‘back’ to their migratory path from the location suggested to them by the magnetic cues they were experiencing.

This shows that the Earth’s magnetic field is the key factor in guiding reed warblers when they are blown off course.

Dr Dmitry Kishkinev of Keele University’s School of Life Sciences said: “What these birds are achieving is ‘true navigation’. In other words, they are able to return to a known goal after displacement to a completely unknown location without relying on familiar surroundings, cues that emanate from the destination, or information collected during the outward journey.”

Professor Richard Holland of Bangor University’s School of Natural Sciences said: “The overriding impulse was to respond to the magnetic information they were receiving. What our current work shows is that birds are able to sense that they are beyond the bounds of the magnetic fields that are familiar to them from their year-round movements, and are able to extrapolate their position sufficiently from the signals. This fascinating ability enables bird to navigate towards their normal migration route.”

Florian Packmor of Bangor University added: “We have already shown that the reed warblers use the same magnetic cues experienced within their natural range, but this study shows that they can extrapolate what they understand about how the magnetic field varies in space far beyond any previous experience they have had.”

Questions remain about whether the birds have an accurate ‘map’ or are just using a ‘rule of thumb’ measurement to judge the general direction of travel needed to get back on course.

The Eurasian reed warbler was selected for the research, but the findings could probably be applied to other migratory songbirds.