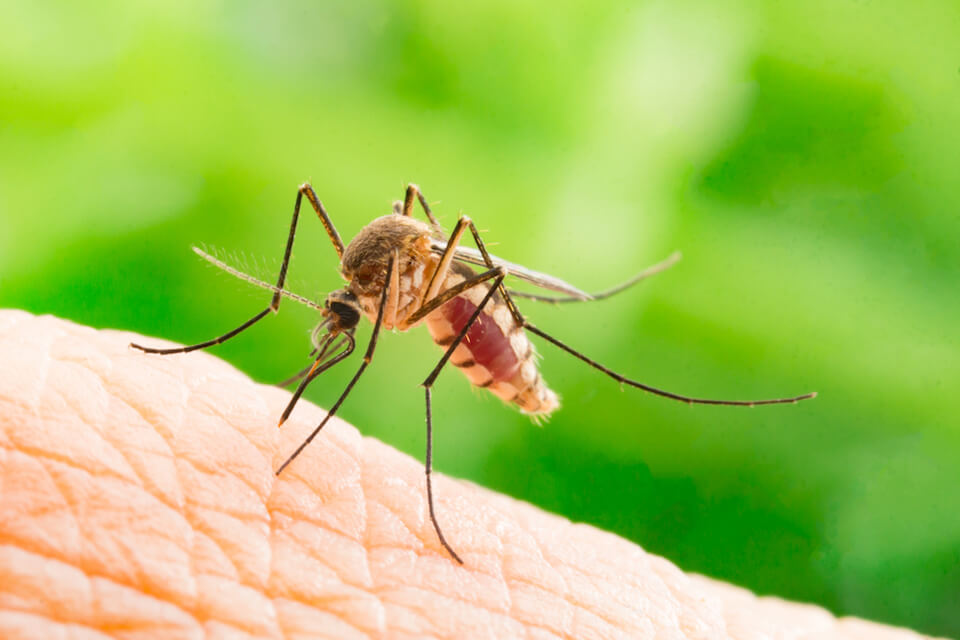 A synthetic lure developed by researchers at Keele University has offered hopes for controlling mosquito populations in a bid to manage malaria.

Attractive toxic sugar baits (ATSB) are an alternative method of managing mosquito populations, which work by exploiting the insects’ sugar feeding behaviour to attract them to a trap laced with a killing agent.

One bait that works well for this purpose is mango, particularly after a few days of ageing, but as the fruit begins to decay the bait becomes less effective as the odour profile changes due to chemical degradation.

To combat this, a team of researchers from Keele’s School of Life Sciences - Professor Toby Bruce, Professor Frederic Tripet, Dr Islam Sohby and Dr Joe Roberts, as well as MSc student Felician Clement - have analysed the substances released by three-day-old mangoes in a bid to isolate the chemical compounds that attract the mosquito, to see if it is as effective as the natural source.

After isolating and testing the various chemical combinations available, the researchers were able to create a synthetic lure which is attractive to mosquitoes but does not decay as fast as the natural source.

The researchers’ new lure was made up of three chemical compounds from 48 hr old mango fruit that were identified as being electrophysiologically active - terpinolene, (E)-caryophyllene, and humulene.

The new lure performed well under laboratory conditions, with the data showing that their synthetic attractant was just as attractive to mosquitoes as the mango itself.

The study has been published in the Journal of Chemical Ecology, and further experiments are now expected to take place in the field, with research colleagues from Tanzania planning to test the lure to see if it will be just as effective under more natural conditions.

Lead author Professor Toby Bruce said: “Identification of the biologically active compounds that attract mosquitoes to mango baits potentially enables two practical outcomes. One is improving the longevity of baits by developing formulations that release the active compounds over an extended period of time.

“The second is enabling quality control of baits through analysis of whether they are releasing the correct compounds. Further development and field testing is required for these outcomes.”