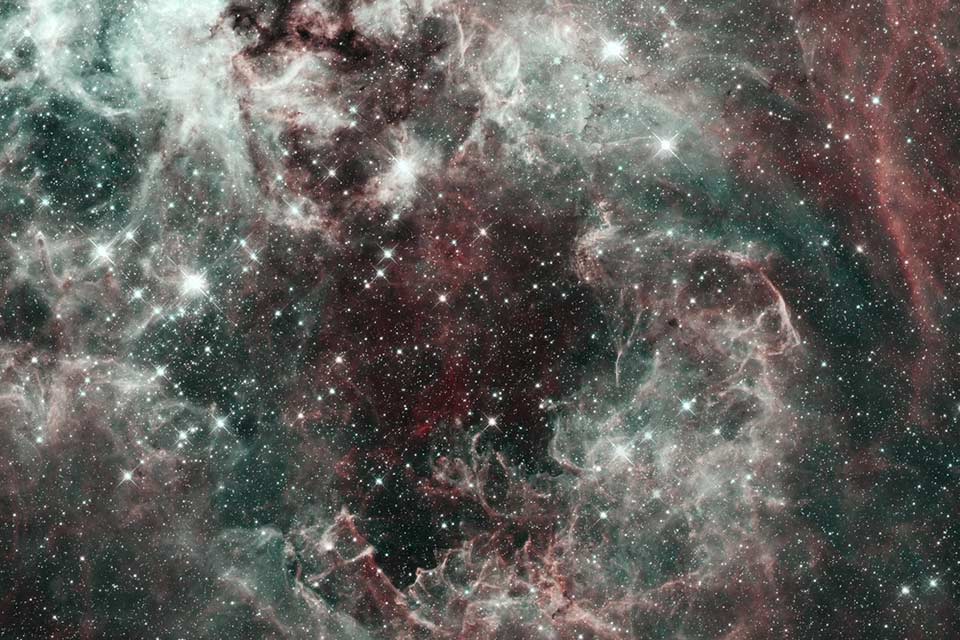 An international team of astronomers has revealed an ‘astonishing’ overabundance of massive stars in a neighbouring galaxy.

The discovery, made in the gigantic star-forming region 30 Doradus in the Large Magellanic Cloud galaxy and published today in the journal Science, has ‘far-reaching’ consequences for our understanding of how stars transformed the pristine Universe into the one we live in today.

Keele astronomer Dr Jacco van Loon, an expert on the Magellanic Clouds and editor of the Magellanic Clouds Newsletter, contributed to the study by analysing the relation between the recent history of star formation and the distribution over stellar masses, and the effects of runaway stars - stars that are effectively given a large kick - and the merging of close pairs into a single star.

"The new results indicate that we have a star forming complex on our doorstep, which resembles the conditions in which some of the first generations of stars formed more than ten billion years ago. It lends support to the notion that relatively more massive stars formed then, compared to what is typical nowadays. These massive stars have a huge impact on their surroundings and what we see when we observe the distant, early Universe."

The new findings are based on a combination of exquisite data and comprehensive analysis, taking into account various effects that if ignored, may alter the conclusions.

Lead author Dr Fabian Schneider, a Hintze Research Fellow in the University of Oxford’s Department of Physics, said: “We were astonished when we realised that 30 Doradus has formed many more massive stars than expected.”

To read the full story, visit the Oxford University website