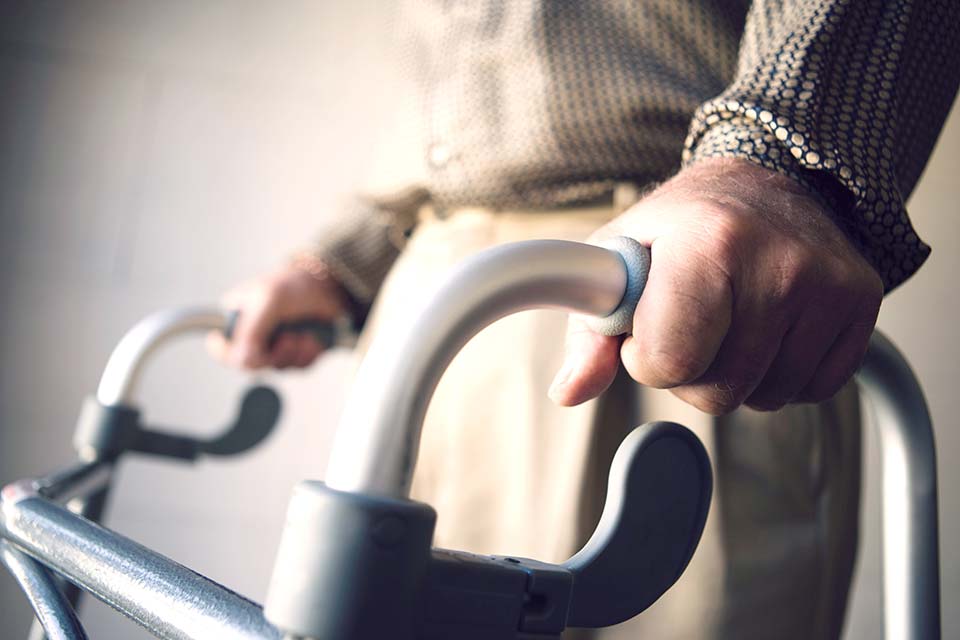 Keele University researchers have been awarded a grant to investigate whether gene therapy can stop older people becoming frail.

The group, led by Dr Adam Sharples, hopes to pave the way for new treatments that will reduce falls and weakness in the elderly by switching off the genes that cause muscle wasting.

They will study tissue samples donated by hip and knee replacement patients to find which genes cause unused muscles to break down – with the help of funding from local charity the North Staffordshire Medical Institute (NSMI).

Dr Sharples said they expect to find these genes are ‘marked’ by special chemical ‘tags’ that tell them to be active or inactive, known as epigenetic modifications. The research could eventually allow doctors to give patients medication that will replace the effects of exercise.

He said: “It’s very difficult to persuade an older person who’s never exercised in their life to take up a fitness regime. If we identify genes that we already know there are drugs for, we can give them to people who don’t want to or can't exercise due to frailty.”

The team, based at Keele University’s Institute of Science and Technology in Medicine, has previously found muscles can remember periods of growth, so they can grow larger later in life. They will investigate whether the opposite applies after wasting - meaning muscles may break down more quickly if an injury is repeated. If so, the muscle memory could potentially be ‘switched off’ in older people hurt in a fall, slowing down the wasting process that makes them more likely to fall again.

Dr Sharples added: “The cost of frailty to the NHS is on the increase, especially with an aging population. The thing it impacts on is quality of life, so people can’t do simple tasks like walking upstairs or opening a can of beans. So our aim is not necessarily to extend life but to improve quality of life as people get older.”

Using the latest genome wide techniques, the team will study more than 850,000 sites on the DNA of patients with muscle wasting after an operation. They will then compare them to a control group of normal muscle samples.

Dr Sharples explained : “What we’re going to do is take a chunk of muscle about the size of a broad bean, usually from the quadricep, and look at the difference between someone who’s had a trauma or an injury and had to have an operation, and someone who hasn’t. Normally those people have some kind of muscle wasting in a very short period, even in two or three weeks where the limb is suspended.”

The grant was allocated as part of the NSMI’s annual awards, which are funded by a combination of public donations, bequests and the income from room hire at the charity’s base on Hartshill Road, Stoke.