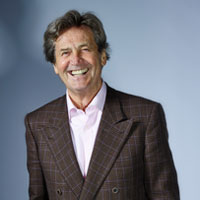 With unprecedented change after the EU Referendum, Universities must “survive” says Lord Melvyn Bragg, ahead of his ceremony today, where Keele University honoured him with Doctor of the University.

“The priorities for universities in the next two to five years will be to survive at the same level they are at the moment. Brexit has been a disastrous miscalculation and a mistake and it will damage a lot of things in this country and a lot of people in this country. We have one of the greatest university systems in the world…we have a lot of talent here but we bring a lot of talent here….But I think we have such capable people we will find a way through it.”

Lord Bragg said he was “very honoured” by his Honorary Doctor of the University from Keele and added “it’s a terrific university that punches way above its weight and has the most beautiful grounds you can imagine and it’s been a great success story and continues to be a success story in particular for its students.”

Awarded in recognition of his outstanding contribution to the popularisation of literature and the arts in the UK through his distinguished, life-long work as an award-winning author and broadcaster, Lord Melvyn Bragg even applied for a job at Keele before joining the BBC, and has since come back to give guest lectures alongside his many other roles, including Chancellor of Leeds University.

When asked what advice he would share with students graduating this week Lord Bragg said:

“This is the best chance you are going to ever have for deciding what you want to do. We’re a finger print species, everyone is different and it’s not a bad thing to try something that you might fail in, sometimes, because if you do fail you’ll learn from it.

“The graduate employment level for Keele is the highest in the country….people from this university are going to do well anyway, so it would be great to do something you really want to do.”