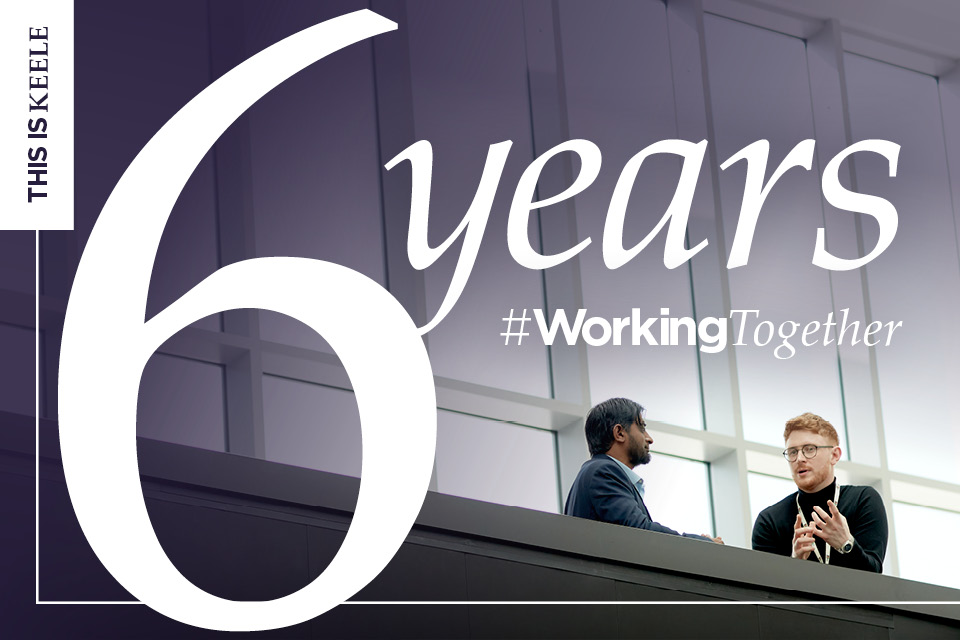 The positive impacts of Keele University’s collaborations with local businesses are being celebrated as part of a new campaign launched this week.

Marking six years since the launch of its Gateway initiative, the #WorkingTogether campaign highlights the work of organisations from across Stoke-on-Trent and Staffordshire who have benefitted from the range of support programmes available through the University.

Selected from over 800 businesses who have partnered with Keele since 2016, the campaign showcases the breadth of support available to local organisations. From the introduction of digital technology into traditional industries, through to new methods of reducing carbon emissions, and even inventing devices which can save lives, Keele is helping businesses across the region to make a real difference to their communities and beyond.

Ann Pittard, Director of Engagement and Partnerships at Keele, said: “Through our series of bespoke support programmes, the Gateway has provided some of the region’s most innovative companies with unrivalled access to Keele’s world-leading research, talented students, and business support professionals – all with the focus of helping local businesses thrive.”

The sixth anniversary of the Gateway’s launch comes just two months after the University was judged as being among the best in the UK in terms of the real-world impact that its growth and regeneration programmes have had. Through the Knowledge Exchange Framework, Research England ranked Keele in the top 20%, epitomised by the four “Keele Deals” – economy, culture, health and recovery.

The first and most ambitious local Deal – Keele Deal | Economy - set out a £70m plan of investment, developed with local partners, to realise the benefits of research and innovation, generate growth, improve healthcare and put the region at the heart of the transition to a lower carbon economy.

Eureka Inventions is one of the hundreds local businesses which has benefitted from a collaboration with Keele. By working with the University’s Business Bridge programme, the company has developed a new healthcare product that has the potential to save both lives and money for the NHS.

Dr Aditi Desai, Managing Director of Eureka Inventions and a Consultant in the NHS, said: “Thanks to support from Keele, we’ve been able to take our device from concept to a CE-marked product faster than we ever thought possible. The University’s ecosystem is one where innovation, academia, healthcare and business support delivers genuine solutions to real-world problems.

“Keele University provided us with a launchpad which enabled the development of medical devices which can not only improve treatment for thousands of patients every year, but that can also save the NHS significant sums of money through reduced ligation costs.”

Alun Rogers is another local business leader who has seen first-hand how Keele can deliver positive change within organisations. His IT solutions company, risual, has partnered with Keele on its Research & Innovation Support and Innovation Leadership programmes, as well as a Knowledge Exchange Programme.

Alun said: “As a business owner, and Chair of the Stoke-on-Trent and Staffordshire Local Enterprise Partnership, it’s been great to see that so many of our regional entrepreneurs have been able to take advantage of the varied support offered by Keele.

“For my own company, the support we’ve received from the University has been hugely successful. Thanks to a collaboration with Keele’s neuroscience research, we’ve seen a 178% increase in the number of leads we’ve been able to generate for the business, which has resulted in company growth of around 40% in this year alone.”

Thanks to collaborations such as these, the impact of Keele Deals has generated £200m per year for the local economy, while saving almost 6,000 tonnes of CO2 annually.

Since launching as the Business Gateway in 2016, the opportunities available from the University have increased significantly, meaning that organisations, charities and social enterprises, as well as businesses, are now able to take advantage of the unique benefits that University collaboration can bring. To better reflect these wider opportunities, the Gateway was relaunched in 2021 as the Keele Gateway.

To find out more about the campaign and opportunities for organisations to grow through working together with Keele University visit www.keele.ac.uk/workingtogether

The following support programmes available at Keele University are receiving funding from the England European Regional Development Fund as part of the European Structural and Investment Funds Growth Programme 2014-2020:

The Department for Levelling Up, Housing & Communities (DfLUHC) (and in London the intermediate body Greater London Authority) is the Managing Authority for European Regional Development Fund.