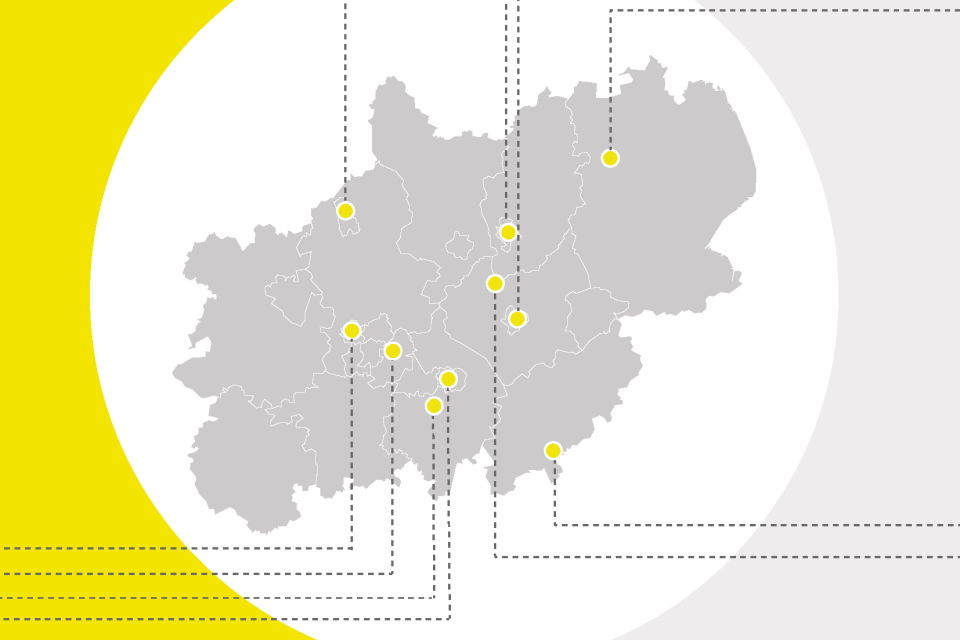 A new report has praised the work of universities including Keele in championing businesses across the West Midlands, using their cutting-edge research to help these businesses to grow and innovate.

The report, titled Investment Opportunities in the Midlands (PDF download), paints a bright future for Midlands-based businesses and showcases the opportunity for investment in what appears to be an undercapitalised region in the UK.

The report, commissioned by the Midlands Innovation Commercialisation of Research Accelerator (MICRA) and produced by Beauhurst, a platform that provides data on the UK's high-growth and innovative companies, is based on data from 3,453 high-growth Midlands-based companies.

Partner universities from Midlands Innovation, including Keele University, work with large companies on cutting-edge research and commercialisation projects, and the report cites collaborations with Jaguar Land Rover, Rolls Royce and Tata Motors. In addition to these R&D collaborations, these universities also punch above their weight by generating more patents per unit of research income than any other major UK university grouping, and the region as a whole boasts a portfolio of 173 university spinout companies.

The report was launched at a roundtable meeting in May, featuring speakers including Professor Trevor McMillan, Vice-Chancellor at Keele University and Chair of the Midlands Innovation Board.

Professor McMillan said: “The future looks bright for the Midlands. The confidence expressed in this report is matched by the excellence of our research outputs, and the ranking of the Midlands Innovation universities in the recent Knowledge Exchange Framework, where all eight universities were rated above average for their contributions to local growth and regeneration.”

The Midlands is already the fastest growing economy outside of London and the South East. It has a worldwide reputation in industrial sectors such as automotive and aerospace, is home to the largest number of medical and device technologies in any region of the UK, and is foundational for the UK’s R&D in manufacturing and knowledge-based industries.

The report shows that last year saw a record £665m invested in Midlands-based companies, via 286 equity deals. Yet while the Midlands is home to 11% of the UK’s high-growth companies, the region only secured 5% of the £13.5bn invested in UK companies.

While this strongly suggests the region may be undercapitalised, the report also highlights the strength of the ‘innovation ecosystem’ and the eight research-intensive universities that make up the Midlands Innovation partnership behind MICRA as foundations for the region’s future prosperity.

According to Henry Whorwood, Head of Research and Consultancy at Beauhurst, it is the research collaborations and spinouts that show what the future holds for the region. Henry said: “If investment is a measure of success of a region’s high-growth ecosystem, innovation and spinouts are a measure of its promise. Spinouts in particular represent a promising asset class for investors.”

In the past five years, there have been successful returns produced for investors in Midlands Innovation spinout companies including from The Native Antigen Company, Allinea Software and Oncimmune plc.

The report can be viewed on the MICRA website at micragateway.org.