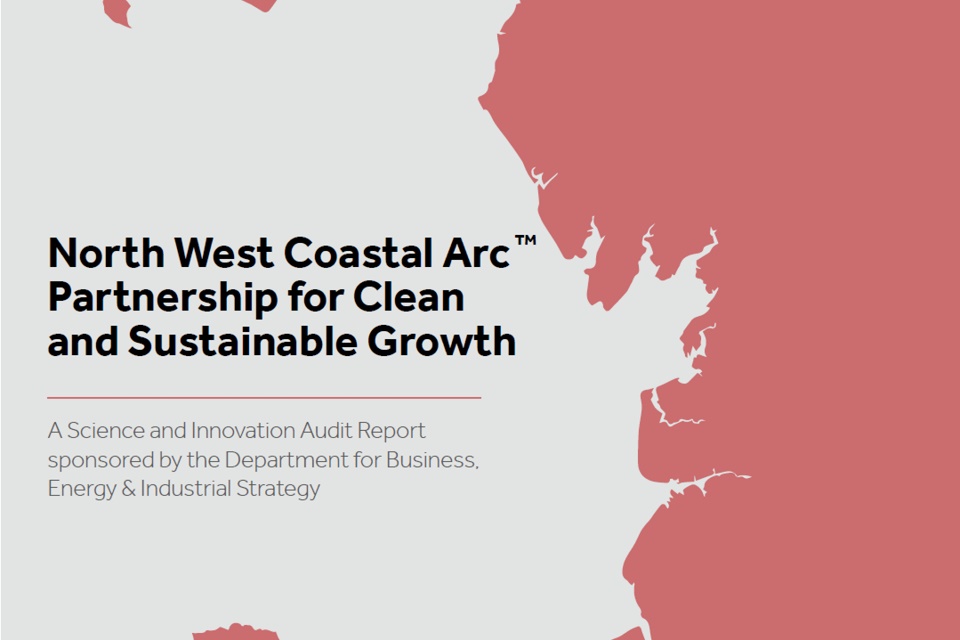 The North West of England and North Wales are uniquely placed to lead the quest for clean growth, according to a new report published by the Government.

One of a series of Science Innovation Audits (SIAs) commissioned by the Government , the ‘Clean and Sustainable Growth’ report shows a ‘Coastal Arc’ stretching from Cumbria to North Wales, and including Staffordshire, Cheshire and Lancashire, has both a strong track record for driving clean and sustainable growth on a global scale and significant potential to be world-leading.

From leading-edge crop science to new energy systems and pioneering waste management techniques, the report highlights the many strengths which give the ‘Coastal Arc’ a competitive edge in a world which is facing the need to make more efficient use of resources and shift to a low-carbon economy.

The audit identifies dozens of internationally-significant research and innovation assets within the region, with Keele cited as providing regional leadership in a number of key areas, such as the Smart Energy Network Demonstrator and the HyDeploy project.

The Smart Energy Network Demonstrator (SEND) will see the Keele University campus become the largest single demonstrator in Europe that integrates electricity, gas and heat in to a smart energy network, acting as an at-scale living laboratory for the research, development and demonstration of new smart energy technologies and services in partnership with business.

The HyDeploy project is a pioneering hydrogen demonstration pilot project exploring the potential of injecting zero-carbon hydrogen into the national gas networks to help reduce the carbon dioxide emissions caused by heating homes. The trial, led by Cadent in partnership with Northern Gas Networks and a consortium of technical experts, is the first of its kind in the UK and forms part of Keele’s overarching commitment to environmental sustainability.

The pressing need to drive down global carbon emissions – highlighted at the United Nations’ climate change conference in Poland and by the UN’s Intergovernmental Panel on Climate Change (IPCC) special report ‘understanding the impacts of 1.5°C global warming’ – has prompted calls for urgent action.

However, the audit shows this important change need not come at the expense of growth; in fact the challenge of meeting climate change targets opens the door to untapped potential.

Recognising that clean growth is both a challenge and an opportunity to increase productivity, create jobs and scale-up earning power right across the country, the audit quotes World Bank figures that predict the global market for low carbon products and processes is anticipated to rise to in excess of $US 8 trillion by 2025.

In the UK, employment, turnover and GVA in this sector are all growing rapidly and are predicted to grow by 11% annually between 2015 and 2030 – four times faster than the rest of the economy. This could deliver between £60bn and £170bn of UK export sales by 2030.

This is an opportunity recognised by the Government, which has identified ‘Clean Growth’ as one of its four Industrial Strategy Grand Challenges.

Universities and Science Minister Chris Skidmore said: “We are world-leaders across a range of science and research disciplines, and the SIAs show the whole nation contributes to that reputation. We are committed to building on these strengths and others in our modern Industrial Strategy through the largest increase in science funding in a generation.”