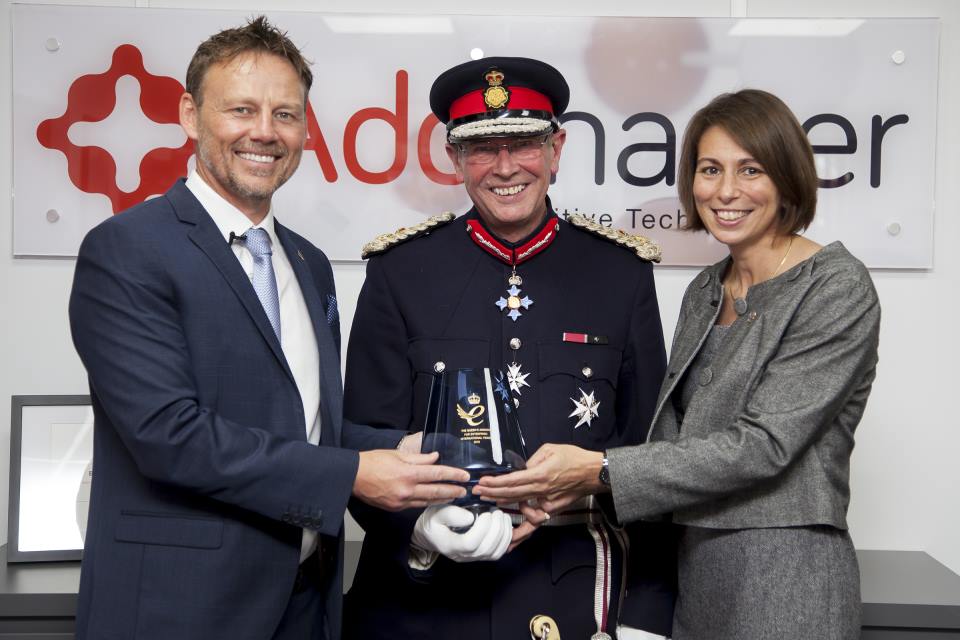 A Stafford-based company that has benefitted from support from Keele University’s Business Gateway has recently been presented with its second Queen’s Award for Enterprise.

Addmaster discovered that they had won the award in April 2018 – less than 12 months since the company’s Sales Director, Dr Sandrine Garnier, had graduated from the University’s Mercia Centre for Innovation Leadership (MCIL)* programme in what Addmaster CEO Paul Morris described as “one of the best investments” he’d ever made.

Speaking about the award, Paul said: "We are delighted to win the Queens Award for International Trade for the second time. Having just completed another record financial year with exports again growing strongly, it is a testament to the staff and all their efforts that we have been recognised again."

The Queen’s Awards for Enterprise are awarded to businesses for outstanding achievement. Addmaster won their first such award in 2011, and this latest accolade was presented to them on 26 September 2018 by the Lord Lieutenant of Staffordshire, Ian Dudson.

Speaking of his admiration for Addmaster’s entrepreneurial spirit and the huge amount of innovation that goes into the business, Mr Dudson said: “Not many companies have the distinction of being multiple winners and for Addmaster to have won the same award twice is very unusual. I would like to congratulate you on a very exceptional performance that you are clearly delivering.”

The Awards are one of the most coveted honours among the UK business community. Winners in the international trade category have benefited from strong international growth in overseas earnings and commercial success within their sector.

To find out more about MCIL and the full range of specialist support and funding opportunities available, interested companies should contact Keele University’s Business Gateway on 01782 733001 or email business.gateway@keele.ac.uk.

For further information about Addmaster, please visit their website: www.addmaster.co.uk. 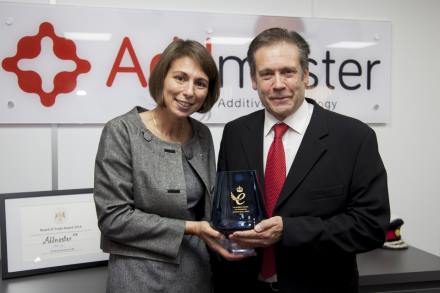