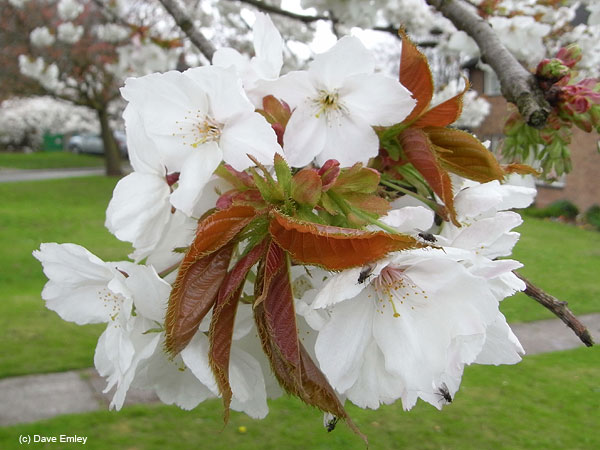 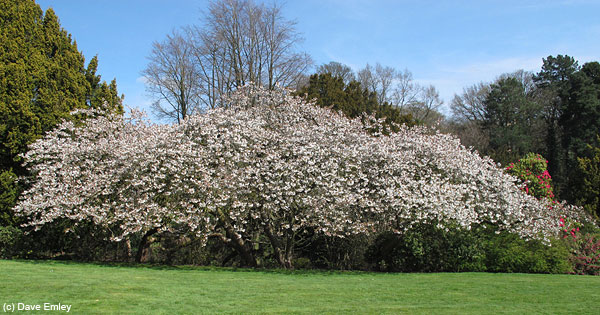 An interesting variety which was lost to cultivation for centuries until Captain Collingwood Ingram found it growing in a Sussex garden in 1923 and proceeded to propagate large stock from a small branch taken from this tree which itself was originally imported from Japan via France in 1899. Ingram named and re-introduced this cultivar to Japan in 1932, where it had been lost.

It is the largest flowered cherry known with its bright white blossoms reaching up to 60mm across! The petals, which have a distinctive notch at the tip, appear profusely at the same time that the copper-coloured foliage appears. The mature leaves are bright green while the autumn colours range from yellow to orange. It forms a wide-spreading tree reaching 7m with a similar spread.