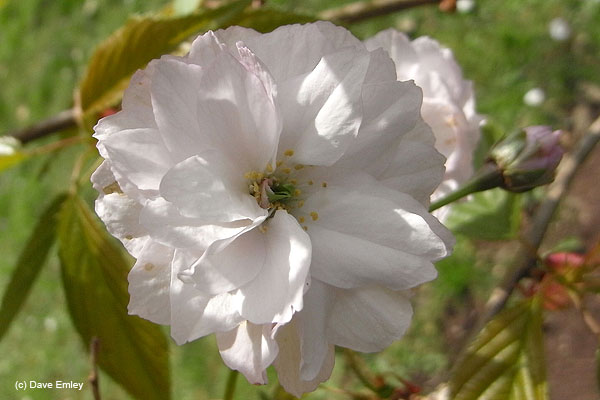 ‘Kiku-zakura’ means ‘chrysanthemum cherry’. In old Japan it is a general term used for multi-petalled flowers but there is one clearly defined clonal cultivar ‘Kiku-zakura’.

Originated as a tree in the courtyard of the former Sixth High School, Okayama so sometimes called ‘Rokko-giku’ (Six-High-chrysanthemum). It is a vigorous tree to 6 m high.

Young foliage is green (RHS 146-A), opening before the flowers. Pale underside to leaves.