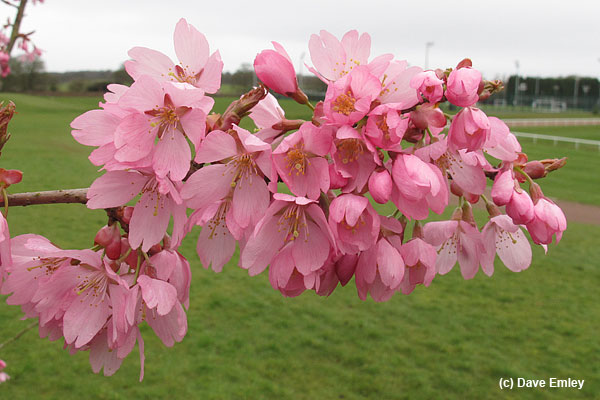 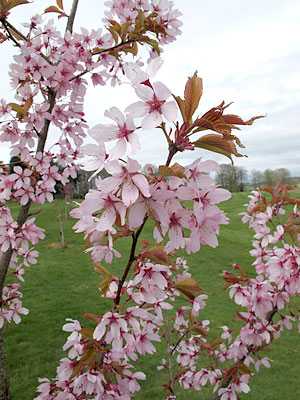 Bred in the eastern USA at the US National Arboretum, Washington DC. Selected by Dr Donald Egolf from field trials of open pollinated seed of P. x incam ‘Okame’ in 1984. One seedling was selected and released in March 1999.

It forms an upright vase-shaped tree to 6m tall and c.5m across. Flowers are large, clear, medium-pink and single, opening in late March-early April. The leaves are dark green, showing good autumn colour. It produces small, black fruits and is hardy.