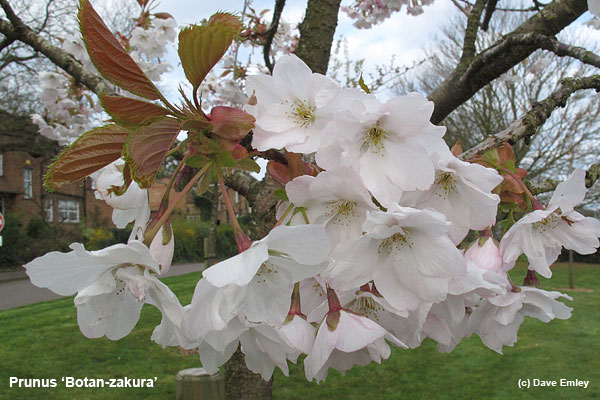 An umbrella-shaped tree to 5 m high. Flowers white when open with a faintly pink margin after buds which are white to pale flush pink. Flowers are c. 4.5 cm dia. With 10 - 14 petals in pendulous clusters of 2 - 4 flowers. Petals are deeply indented. Flowering period is mid April.

Young foliage is light green (RHS 152-A) with a bronze cast. Mature leaves are large.