The Keele Society was founded on 1st July 1954. The Society was created by the Class of 1954 who were graduating with the very first degrees awarded by the University College of North Staffordshire. The Society intended to organise a reunion weekend, an annual newsletter and sporting fixtures with students. 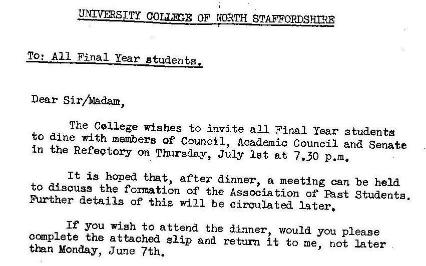 The AGM on 17th September 1971 showed an intention to "transfer control of the Society to the University." From that point, the Society was usually run part-time by a member of staff and alumni volunteers.

By 1999 a Development Office had taken over many of the Society's functions, which were summarised as "Updating the Record, Publications and Reunions". The Society was effectively discontinued at this point and the University took responsibility for alumni relations and frequently debated the idea of fundraising as an additional activity.

The North American Foundation for Keele University, Inc., was founded in 2001 (and renamed the Keele in the USA Foundation, Inc., in 2013) as a way to promote alumni relations and fundraising among American and Canadian alumni. 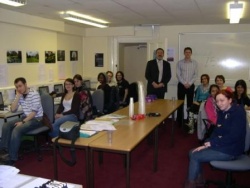 The first systematic fundraising appeal by telephone created the Keele Key Fund in 2007 and this became the main channel for UK alumni to support the university through their monetary gifts. Annual telephone appeals (photo left) followed from 2009 to 2013 when the active fundraising programme was scaled down. This was revived in 2017 with a new strategy to engage and involve alumni to support the mission of the University in many different ways. ‌ 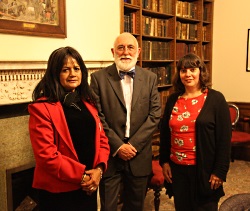 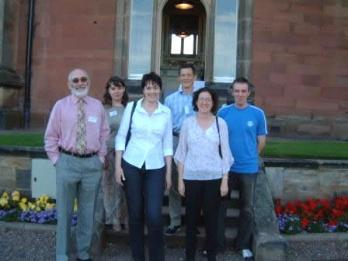